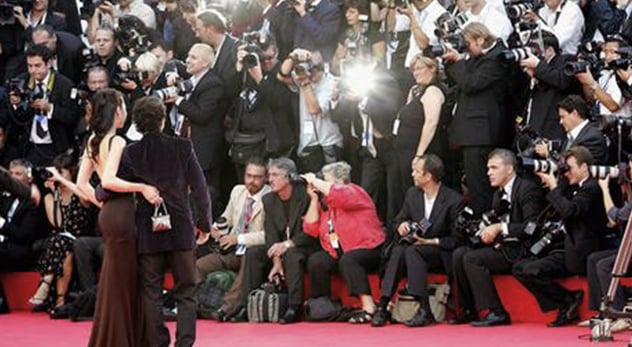 The glitter has been swept up, the borrowed jewelry returned, and star-struck fans are left to process all that transpired last night. Another Grammy Awards has come and gone, but they raise an important question for American Christians in the 21st century:

What does it mean to follow Jesus in a celebrity-obsessed age? 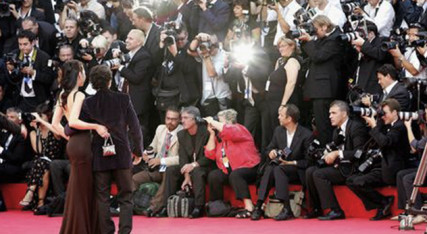 In recent years, most Christians have uncritically embraced celebrity.  Many—particularly evangelicals—have even incorporated it into their faith. That’s why we have so many “celebrity pastors” like Joel Osteen, John Piper, Rob Bell, and Joyce Meyer whose ministries make believers act like “Beliebers.” We hang on their every word, buy the swag they sell at conferences, and crave to know the intricacies of their personal lives.

Perhaps even more telling are the Christian celebrities who, like their secular counterparts, are known exclusively for the followings they’ve conjured up in pseudo-worlds like Facebook and Twitter. This breed of superstars represent, in the words of Daniel Boorstin, a kind of individual whose “chief claim to fame is their fame itself.” They are well known for being well known.

The Bible speaks very little about celebrity—books don’t typically answer questions their culture isn't asking—but it provides us with principles for processing this phenomenon. Virtues like selflessness and sacrifice are replete in the Christian scriptures, but rarely celebrated on the latest award shows. Instead, we’re left with surrogates like pride and raw ambition. Additionally, our celebrity obsessions often seek to fill the deep longings of our souls that only faith can truly satiate. The characteristically human compulsions toward community, glory, worship, and significance are given brief satisfaction through fame but can never fully or permanently meet these needs.

As cultural commentator Craig Detweiler notes, stardom even attempts to meet our longing for eternity:

So what does all this mean for Jesus followers? Should we “boycott” the next award show or cancel our subscription to People? Heavens, no. But it might be wise to let moments like these where celebrity culture is on full display to catapult us into deeper reflection.

The book of Hebrews gives us a list of “heroes," and it doesn’t shy away from naming names. But these individuals—like Abraham, Moses, and Rehab—are people who fell into fame rather than seeking it out. Whatever power they had was often used to serve greater purposes than greater notoriety and shinier stilettos. They were driven by a desire to become instruments of justice and love and grace and mercy.

This same idea is expressed by Paul, who perhaps being something of a celebrity preacher in his own time, said, “Be imitators of me, as I am of Christ…keep your eyes on those who walk according to the example you have put in us.” In other words, we seek to emulate others only insofar as they model a love for God and others as displayed by Jesus himself. This is a pretty stiff criterion, but perhaps it can help us find a better standard for those we follow and imitate.

As we learn to renew our minds in this way, we might just discover that the man sweeping up the Grammy glitter today is the one who deserved to be honored last night.