(RNS) Not all Catholics appreciated Pope Benedict XVI’s staunch defense of Christian orthodoxy, traditional marriage and life from conception to natural death. But American evangelicals sure did.

As word spread on Monday (Feb. 11) of Benedict’s resignation, many evangelicals lamented the impending loss of a powerful spokesman for their conservative causes. 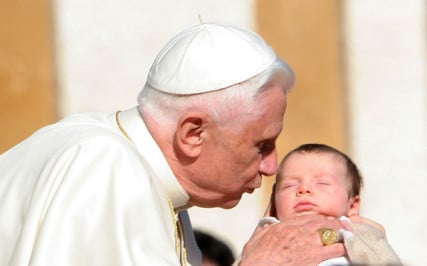 Pope Benedict XVI kisses an infant as he leaves one of his weekly general audience in St. Peter’s Square at the Vatican in 2007. RNS photo by Gregory A. Shemitz.

“We honor him for his lifelong service to the Lord and his inestimable intellectual contribution to Christian orthodoxy.”

The high praise — “evangelical Benedictions,” you might say — extended beyond U.S. borders as well.

“I appreciate his courage of ideas, even when they did not resonate with contemporary attitudes,” said Geoff Tunnicliffe, secretary general of the World Evangelical Alliance.

“I was especially moved by his boldness in warning us of the dangers of moral relativism and the tyranny of self-centered ideologies.”

Just a generation or two ago, such lavish praise might have been unthinkable. During the early 1960s, evangelist Billy Graham — sometimes dubbed the Protestant pope — took heat for inviting Catholics to join his revivals.

But after the modernizing reforms of the Second Vatican Council (1962-1965), denominational barriers fell and ecumenism prospered.

Meanwhile, evangelicals developed an appreciation for Catholic culture, and Catholics found ready evangelical allies in the battles against secularism, abortion and gay rights.

“One of the challenges of evangelical Protestantism as it became a political force was to find a vocabulary to talk about the role of Christian faith in a diverse, pluralistic society like the United States,” said R.R. Reno, executive editor of First Things, an interreligious journal. “By and large, they turned to Catholicism.” 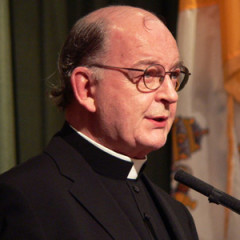 The founder of First Things, the late Rev. Richard John Neuhaus, was a key figure in bridging the gap between Catholics and evangelicals. Along with the late evangelical activist Charles Colson, he formed Evangelicals and Catholics Together in 1994, a group that bonded, in part, over shared admiration for the late Pope John Paul II.

“We rejoice together that the Roman Catholic Church — as affirmed by the Second Vatican Council and boldly exemplified in the ministry of John Paul II — is strongly committed to religious freedom and, consequently, to the defense of all human rights,” the group wrote in a manifesto that quotes John Paul three times.

More recently, Catholic, evangelical and Orthodox leaders backed the “Manhattan Declaration” in 2009, a document that professes common support for “the sanctity of life, traditional marriage and religious liberty.”

The political fruits of evangelical-Catholic marriage might be seen in the presidential candidacy of Rick Santorum, who enjoyed strong backing from evangelicals, even as he struggled to connect with Catholics.

Timothy George, an evangelical theologian and dean of Beeson Divinity School in Alabama, has corresponded and met with Benedict, most recently at a synod last October in Rome.

“The thing evangelicals like about Pope Benedict XVI is the same thing they liked about Pope John Paul II,” George said. “It’s not all about issues. It’s also about toughness, a fiber of faith both men possessed, and willingness to bend into the headwinds. We sort of wish we had more evangelicals like that.” 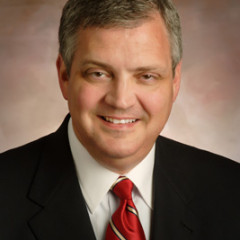 Which is not to say that evangelical leaders are about to “swim the Tiber,” George said, and convert to Catholicism.

“At least one of the many faults of the papacy is the idea that a monarchical head can speak for any church,” the Rev. R. Albert Mohler Jr., president of Southern Baptist Theological Seminary in Louisville, Ky., tweeted on Monday.

Still, the evangelical leader balanced his doctrinal critique with the kind of praise that is the hallmark of this “ecumenism of the trenches” among allies in today’s culture wars.

“Pope Benedict has offered a brave and intelligent defense of truth against a relativist tide,” Mohler tweeted, “and he has been a stalwart friend of life.”

When Benedict visited New York and Washington in 2008, evangelical theologian and Fuller Seminary President Richard Mouw said the pope “has an important pastoral role in the broader Christian community.”

“In many ways and on many subjects, he speaks for me,” Mouw wrote.

On Monday as well, some Christians sounded as if they had lost one of their own in Benedict.

“Although not a Catholic, I found myself drawn to him,” wrote Steven Perkins, a high school teacher in Indiana who blogs under the name Magister Christianus.

“I savored his writings. I followed his activities. I thrilled at his efforts to fight heterodoxy and downright heresy. I prayed fervently for him.” 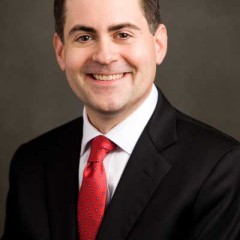 Russell Moore, dean of the School of Theology at Southern Baptist Theological Seminary, said evangelicals might be tempted to view Benedict as the retiring coach of a rival football team. That’s a far cry from another metaphor many evangelicals once used for the papacy: Mother of Harlots.

But things have changed, Moore said, and evangelicals need all the allies they can get. Benedict spoke up for persecuted Christians around the world, countered “soul-decaying secularism” and defended the dignity of human life, said the evangelical scholar.

“As Protestant Christians, we will disagree with this Pope, and with the next one, on all sorts of things,” Moore wrote on his blog on Monday.

“But let’s pray the next pope, like this one, will remember what it means to be human, and will remind the rest of us when we forget.”