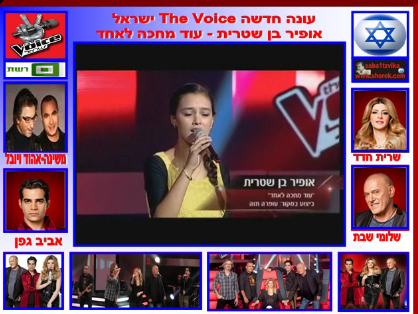 The Orthodox Israeli girl who got suspended for her performance on Israel's "The Voice." RNS photo courtesy MySpace Video (http://www.myspace.com/video/vid/109130807)
February 21, 2013
Lauren Markoe

(RNS) The biggest worry for most "American Idol" contestants is whether the judges will let them continue to the next round.

Some singers on Idol-like programs abroad have a bigger worry: that religious extremists will kill them.

Appearing on a version of the show in conservative cultures in the Middle East, Near East and South Asia can mean anything from a public shaming to, in the most extreme cases, death threats so serious that a performer has to flee the country.

The harassment began after these programs began proliferating globally, following the successful debut of “American Idol” in 2002.

Typically, the censure comes from religious authorities, or those who wrap their threats in religious language. And though male contestants have been the targets of those who claim these shows are blasphemous, or anti-Islamic, it is more often female singers who are condemned for immodest behavior.

-- In Saudi Arabia, religious scholars condemned the show "Star Academy" as a “crime against Islam” and demanded repentance from the singer who won the competition.

--  In Indian-controlled Kashmir, when “Indian Idol” held tryouts, the militant Islamist group al Madina Regiment warned that it would “show no mercy” to anyone who appeared on the “vulgar” show.

-- In Afghanistan, a modestly dressed woman who placed third on “Afghan Star” received multiple death threats. Fearing for her life, she fled to Pakistan. Another woman, who placed eighth on the show, also went into hiding after she made a music video without wearing a headscarf.

-- In Israel, though an Orthodox Jewish teenager does not worry for her safety, her recent performance on Israel’s “The Voice” prompted the principal of her religious school to suspend her for two weeks.
אופיר בן שטרית - עוד מחכה לאחד‎

The performers, their critics charge, flouted religious law. But is singing on television a crime against religion?

At least in the Islamic context, religion has less to do with the phenomenon than it may appear, said Shireen Hunter, a visiting scholar at Georgetown University known for her work on reform movements within Islam.

It’s cultural lines these singers are crossing, not religious ones, Hunter said. There’s no Islamic text that prohibits women singing in public, but the censure of these women is given “a kind of religious gloss.”

“It’s very difficult to convince ordinary people that these are not religious prohibitions but tradition,” she said.

Harleen Singh, chair of the South Asian Studies program at Brandeis University, takes a similar view of the backlash against female starlets.

Though the threats against “Indian Idol” singers came from Islamic radicals, the rejection of the idea that women have a place in public life is held by traditionalists across many religious groups in India – from Muslims to Hindus to Sikhs to Christians, she said.

“It’s the intersection of religion and patriarchy, and not so much a religious mindset as a cultural, patriarchal mindset,” Singh said.

“Whether a woman succeeds or not on 'Indian Idol,' she is given a moment of fame and a public voice,” Singh continued. “That is what threatens the fundamentalists – a particular kind of public culture that gives women a voice.”

In that way, women who grow up in deeply traditional cultures and appear on televised talent shows may be no different to their detractors than those who work more intentionally to upend the strictures placed upon them by the religious authorities. The most well-known recent example is Malala Yousafzai, the 15-year-old Pakistani girl shot by the Taliban last year for campaigning for the right of girls to go to school.

The experience of Ofir Ben Sheetrit, the Orthodox Jewish 17-year-old suspended from school for appearing on “The Voice,” Israel’s version of Idol, offers both parallels and a contrast. 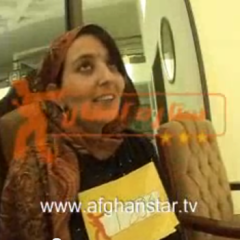 Ben Sheetrit, like Lima Sahar, the headscarf-clad Afghani young woman forced to flee to Pakistan after her “Afghan Star” appearance, presented herself as pious. Though she acknowledged that her performance broke her religious teachers’ rules, she also told a producer of “The Voice” that she could reconcile her public singing and religiosity.

“I think the Torah wants us to be happy,” she said. “It wants music to make people happy. I think you can combine Torah and music, and this is why I chose to come on the show.”

Ben Sheetrit sparked a spirited public debate. To the ultra-religious minority, she dishonored herself and the religious community that raised her. To many secular Jews and even some more progressive Orthodox, she is a heroine, forging a new path for the religious in – and not apart from – the modern world.

Sahar, from the Taliban stronghold of Kandahar, had also acknowledged that she was challenging religious authority. "Music is banned by religion," she said during the 2008 “Afghan Star” competition, in which she sang Afghan love songs. "But why should I hide it? Singing is in my tradition."

But reaction to Ben Sheetrit differed markedly from the threats made against Sahar, even though Jewish scholars can make a religious case against a girl singing on television, said Don Seeman, a professor of religion and Jewish Studies at Emory University.

“She received social disapproval, but there were no threats to harm her,” he said.

Lethal violence against a woman for singing in public would not be tolerated in Israel, Seeman said.

But he does not think anyone should be surprised that violence would be threatened in countries where the rights of the individual are not widely respected.

“American public culture, our music culture -- the lyrics, the dance moves -- is so sexualized here it doesn’t get noticed,” said Seeman. “And when it is beamed into conservative, religious societies abroad, it is often resented.”

“But it’s easier to take on a local singer than the United States,” he said.