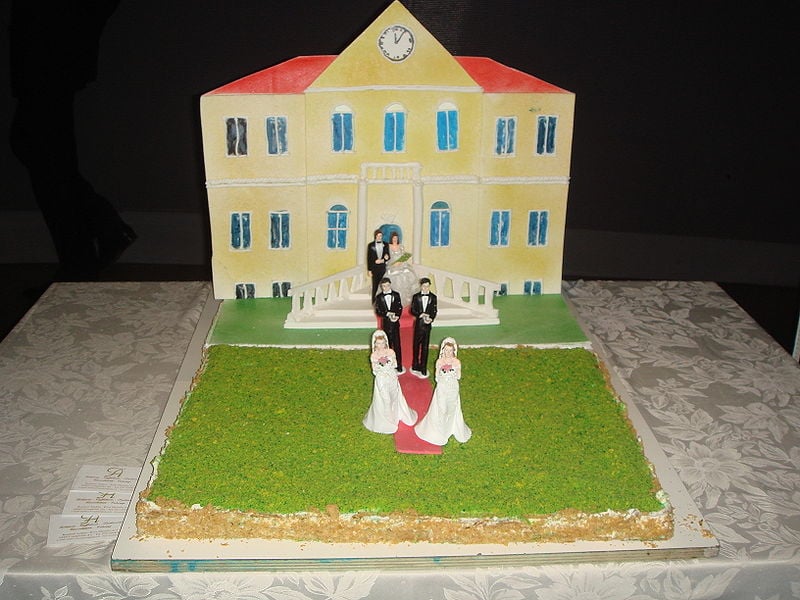 I understand that the Catholic bishops are a bit preoccupied at the moment, but they and other religious leaders who are worried about the implications of same-sex marriage for religious liberty should make time to read the amicus brief filed last Thursday by the American Jewish Committee in the Supreme Court’s Proposition 8/DOMA case. It shows them the way forward in a country where, sooner rather than later, SSM will be the law of the land.

Let it be noted that the brief is a Protestant-Catholic-Jewish affair, written by three of the most respected advocates of religious liberty in the American legal community: (Protestant) Douglas Laycock of the University of Virginia Law School, who served as lead counsel in last year’s Hosanna-Tabor ministerial exception case; (Catholic) Thomas C. Berg of the University of St. Thomas Law School, a prolific author who has done legal work for the archdiocese of Chicago; and (Jewish) Marc Stern, associate general counsel of the American Jewish Committee, who played a key role in drafting the 1993 Religious Freedom Restoration Act.

But be warned, religious conservatives. Grounded in the rights revolution of mid-20th century, the brief begins by arguing that the Court should recognize a constitutional right to marry a person of the same sex:

A state’s refusal to permit same-sex civil marriages, and federal refusal to recognize such marriages in states where they are already permitted, prima facie violates both the Due Process Clauses and the Equal Protection Clause.

Wait, it gets worse:

Religious liberty, properly interpreted and enforced, can protect the right of religious organizations and religious believers to live their own lives in accordance with their faith. But it cannot give them any right or power to deprive others of the corresponding right to live the most intimate portions of their lives according to their own deepest values.

In other words, “No one can have a right to deprive others of their important liberty as a prophylactic means of protecting his own.” The point is that religious objectors to SSM are in the same constitutional boat as same-sex couples wishing to marry:

Sexual minorities and religious minorities make essentially parallel claims on the larger society, and the strongest features of the case for same-sex civil marriage make an equally strong case for protecting the religious liberty of dissenters…

Because gays and lesbians and religious conservatives are each viewed as evil by a substantial portion of the population, each is subject to substantial risks of intolerant and unjustifiably burdensome regulation.

To be sure, their respective claims are sometimes in tension, and the authors want to make sure the Court addresses the religious liberty issues that would arise from constitutionalizing the right to same-sex civil marriage. These are limited and justiciable but not trivial. They include whether

Such questions all involve “the right to refuse religious recognition to civil marriages that are fundamentally inconsistent with religious definitions of marriage.” That right, the authors believe, needs more robust protection than is currently provided by Court’s 1990 Smith decision, which forbids Free Exercise claims against neutral laws of general applicability–e.g. laws granting the same civil rights to same-sex as opposite sex married couples.

However the jurisprudence works itself out, the bishops and their allies would do well to to stop railing against SSM as the end of civilization as we know it, and instead acknowledge that their right of refusal needs to be balanced against the rights of others as determined by the society of which they are a part. Like the AJC brief, they will catch more flies with honey than vinegar.