Last week the Internet was abuzz with the news that Best Actress nominee Quvenzhané Wallis, at the ripe old age of nine, had been called a “cunt” by the satirical website the Onion.

I’ll never forget the first time I was called the C-word. I was a junior in high school and running for student council president. Because I had already served as the v-p, my “campaign manager” (yes, we took ourselves very seriously) thought that our strategy should be to emphasize the experience I brought to the table as opposed to my opponent, who seemed to be running on a lark. Over a weekend, she and some other friends helped me make posters and buttons with the theme, “Experience Counts.”

But I didn’t know the great surprise she was keeping from me, which was a fantastic, enormous sign near the front entrance of the school. Each colorful letter in “Experience Counts” took up its own 8.5” x 11” piece of paper. When I saw the sign on Monday morning, it was beautiful. 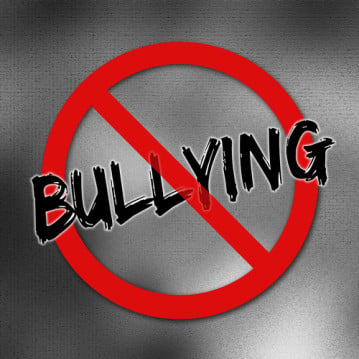 When I saw it that afternoon, it was like a nightmare. Someone had removed the “O” and the “S” from the word “counts” so that the message read, “Experience Cunt: Vote Jana Riess for President.”

I was mortified, physically sick to my stomach. This was not a random act by some idiot walking around with a pen and defacing posters. This was clever. This was markedly cruel. This was targeted to make me feel degraded.

I am sorrier than I can say that Wallis, at age nine, has experienced what I did at fifteen. And hers is a thousand times worse. I could remove that vandalized campaign sign, tears in my eyes, hoping that few of my peers had seen it. With the permanence and ubiquity of social media, her slur is out there—forever. As Sabrina James observed on Parenting.com,

The way we treat our kids is no laughing matter. Quvenzhané Wallis is a lot of things. She is smart. She is sassy. She is talented. She is beautiful. And she is a child. She is not the c word. But thanks to the insensitive staffer at The Onion who decided to tweet and then recant the vulgar comment, this incident too is one of the ways she’ll be remembered.

Yes, the Onion has apologized; and yes, apparently the staff there thought this was a satirical way to demonstrate the misogyny of the host’s offensive “We Saw Your Boobs” song during the ceremony’s opening (pot)shots.

Shame on you, Onion. There are limits to comedy.

But the larger issue is this: Is it ever appropriate to call a woman or a girl a cunt? Whether she’s a child, as Wallis was, or a teenager, as I was, or a grown woman should not matter. The insult reduces any female to mere biology. It shoves her back into her place by reminding everyone that despite her accomplishments in the world, she is in the end nothing but a vagina.

The bullying image is used with permission of Shutterstock.com.

Opinion
We used to look to the church for truth. It’s no match for Donald Trump’s TRUTH.