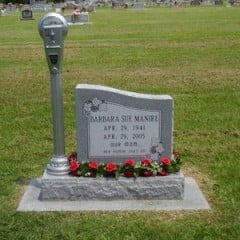 And then there were two.

Our Sweet Sistine Papal Madness tournament is down to Cardinal Marc Ouellet of Canada and Cardinal  John Onaiyekan of Nigeria. Vote now to pick the Bishop of the Bracket, the People’s Pope, the Victorious Vicar. We’ll announce the winner tomorrow.

In real news, our own Alessandro Speciale takes us inside the Sistine Chapel, where cardinals will gather Tuesday to elect the new pope. The cardinals are also drawing lots for the much less spectacular guest rooms in the Vatican.

Inside the conclave, it will be Romans v. Reformers, says the NYT.

In the virtual world, social media is bringing Catholics closer than ever to the papal transition, reports the AP’s Rachel Zoll. For example, the website PopeAlarm.com promises that “when the smoke goes up, you’ll know what’s going down.”

Michelle Boorstein of the Washington Post asks if it’s time the Catholic Church had a pope of color.

How about a color-ful pope? Cardinal Timothy Dolan seems to fits that bill, but he’s still a longshot for pontiff, reports our David Gibson. Dolan charmed Romans at Mass yesterday, CNN reports.

Dolan himself says he’d like to go home soon – he’s running out of socks.

Cardinal Sean O’Malley is getting some papal buzz as well. Four popes have been Franciscan, for those of you scoring at home.

Pakistan’s Shiite Muslims describe a violent spike in attacks against them by a militant Sunni group as “genocide.”

Hundreds of people in Pakistan rampaged through a Christian neighborhood, torching dozens of homes after hearing reports that a Christian man had insulted Islam’s prophet.

The local bishop says the real cause was a drunken brawl between a Muslim and a Christian, and the Muslim man made up the blasphemy story as payback.

An Egyptian official says a man suspected of trying to spread Christianity in Libya has died in prison there, the AP reports.

A Spanish town is preparing to hold its first Passover seder since the Spanish Inquisition.

President Obama met with faith leaders on Friday to get the ball rolling on immigration reform.

Methodist Bishop Minerva Carcano, one of the leading Christian voices for reform, was among the participants.

The doctor who made headlines recently for curing a baby born with AIDS observed the spread of the disease while as a working missionary in Africa.

A newly released digital edition of Mormon scriptures reflects shifting views on polygamy, racism, and the historicity of LDS scripture, according to Religion Dispatches.

The Archdiocese of Indianapolis won’t allow a $10,000 tombstone engraved with images of a deer, a dog and NASCAR logos in its cemetery. (I like the parking meter tombstone.)

We’d never tell you what to put on your tombstone, but if you want, we’ll email you the roundup. Sign up below.