VATICAN CITY (RNS) The Vatican on Friday (March 15) hit back at critics who claim that newly elected Pope Francis failed to do enough to protect two fellow Jesuits during Argentina’s military dictatorship. 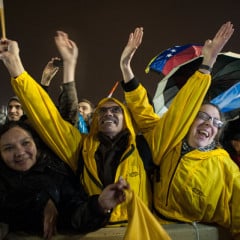 Cardinal Jorge Bergoglio, now Pope Francis, has been criticized for his stance towards the military junta in his native Argentina, when as many as 30,000 people died or disappeared.

After his election to the papacy on Wednesday, Francis has faced intense scrutiny for his role in the arrest of two young Jesuits, Orlando Yorio and Francisco Jalics, who were detained for months in a notorious torture center.

Bergoglio, the first pope to hail from Latin America, was the top-ranking Jesuit in Argentina in the 1970s during the nation’s “Dirty War.”

At a press conference on Friday, the Vatican’s chief spokesman, the Rev. Federico Lombardi, said there has never been “a concrete or credible accusation” against Bergoglio. “He was questioned by an Argentinian court as someone aware of the situation but never as a defendant.”

According to Lombardi, criticism of Bergoglio, which first emerged on the eve of the 2005 conclave that elected then-Cardinal Joseph Ratzinger as Pope Benedict XVI, is aimed at discrediting the church. 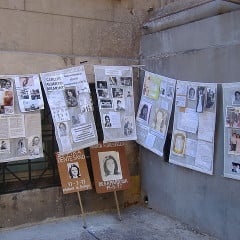 The accusations come from “anticlerical elements to attack the Church,” Lombardi said, and “must be firmly rejected.”

According to the Vatican spokesman, Bergoglio acted “to protect many persons at the time of the military dictatorship.”

Led by Jorge Videla, the military government orchestrated a reign of terror that plucked political enemies from their homes and sent then to sadistic torture centers where they were often raped, drugged and subjected to mock executions before they were killed.

The victims are called “los desaparecidos” or “the disappeared,” and number as high as 30,000. Argentinians today are still searching for the remains of the disappeared and their living offspring – scores of babies were born in their parents’ torture chambers and given to military families to adopt.

Critics say at worst, the Catholic Church was complicit in the crackdown and, at best, didn’t speak out forcefully enough to stop it. In one of his last acts as head of the Argentinian Catholic bishops’ conference, last year Bergoglio issued a collective apology for the church’s failure to protect its flock.

On Friday, the Vatican released a statement by Jalics, one of the two Jesuits allegedly tortured under Bergoglio’s watch. He said that while he has no information on Bergoglio’s actions during the five months he and his companion were detained and tortured, after his release he and Bergoglio “celebrated Mass publicly” and “embraced one another.”

“I have made my peace with these events and, as far as I am concerned, the case is closed,” he adds. “I wish Pope Francis God’s rich blessings for his office.”

Bergoglio himself always denied the accusations.

In a 2010 book-length interview, he said the two Jesuits were eventually released partially because he and his fellow Jesuits tried “like crazy” to obtain their release.

“The same night I heard about their kidnapping, I started acting,” he said in the book. The future pope says he met twice with Argentina’s military junta leadership to negotiate for their release.

While Bergoglio was always critical of the left-wing political activism of some parts of the clergy who fought actively against the dictatorship, he says he “did what he could at the time, with the little relations he could count on, to advocate for those who had been kidnapped.”