(RNS) As Jewish people and our friends and guests sit down to Passover Seders, we will hold the Passover matzo aloft and recite “this is the bread of our affliction.” The unleavened bread symbolizes flight, migration and the mortal dangers of a wandering, subsistence existence — the opposite of security and stability.

Judaism retains its power to teach and inspire by anchoring ethical values in religious symbols. The messages of Jewish rituals are consistent: Every human life is of infinite value; the human spirit will endure great risk and suffering in order to be free; the persistent reappearance of evil and suffering compels us to emulate the courage of our ancestors.

“Now we are slaves,” we say at the Seder. “Next year we will be free.” Matzo opens a story of human collective action inspired by faith and the ability of survivors to rebuild the lives their captors stole.

Twenty years ago, in the middle of my six-year rabbinic training program, I briefly became friends with two fashion designers. During this informal detour from more earnest and holy endeavors, I learned something about fashion, including the shocking reality of sweatshops in New York City. Over time, I came to know of modern-day slavery in the overseas supply chains that create most of the cheap, plentiful goods that characterize our lives.

Jewish tradition commands us to see ourselves as though we were slaves in Egypt. How do I fulfill that commandment with the knowledge that while I am not enslaved today, millions of people are, more than at any time in history?

As I sit at my Passover Seder this year, I will wonder about my dining room chairs, and my tablecloth, both of which seem too inexpensive for the labor that must have gone into producing them. I am uneasy about the people whose labor harvested my vegetables. I will hear my own children recite the traditional four questions, and I will face the reality that as we sit at our table, enslaved children around the world cry out and are not heard.

The U.S. State Department has estimated that there are as many as 21 million people enslaved on the planet. The week after Passover concludes, the President’s Advisory Council on Faith-based and Neighborhood Partnerships will release recommendations on human trafficking. In the council’s deliberations, one of the primary issues we considered is how faith and community organizations can raise awareness of the pervasiveness of slavery to harness the will of the public to end it.

Last September, President Obama issued an executive order that prohibits the U.S. government from purchasing goods or services from contractors who engage in any form of human trafficking. As one of the largest purchasers of goods in the world, the U.S. government has laid down a big footprint on the issue, and there is reason to hope that this policy can set in motion a more robust response among government, business and nongovernmental organizations.

Judaism believes that God’s work is accomplished through human efforts inspired by faith and values. We must work to fulfill the vision of the Bible as we recall the Passover story: “God saw our suffering and took us out of Egypt with a mighty hand and an outstretched arm.”

We hope the recommendations will guide the religious community in joining government, advocacy and survivor groups in coming together to better combat what President Obama and former Secretary of State Hillary Clinton have correctly labeled “one of the greatest human rights abuses of our time.”

We are challenged to succeed in a task of collective empathy — in the words of the Passover Haggadah, to see ourselves as if we came forth out of Egypt. In my own family, at the turn of the last century, my husband’s great-grandmother landed in New York City and spent 16 hours a day as a young girl with her hands and arms in ice water plucking chickens. It was a hard life, but she was a free person. She lived to see all three of her grandsons became Ivy League-educated doctors.

Today, the same courageous and hopeful young girl might likely have found herself instead enslaved in the sex and labor networks that crisscross the planet.

America is a country of immigrants, wanderers who took risks in search of better lives. The ritual objects and symbols that we rely upon to connect to our ethical values are ubiquitous — the clothes on our backs, the cellphones in our pockets, the food in our mouths. It is not enough to remind ourselves from where they came; we must work to make it right. 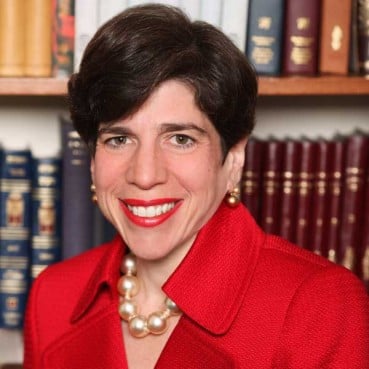 (Rabbi Julie Schonfeld is executive vice president of the Rabbinical Assembly of Conservative Judaism and a member of the White House Advisory Council on Faith-based and Neighborhood Partnerships.) 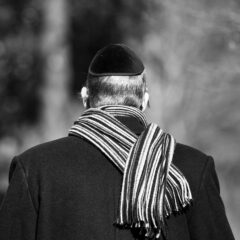 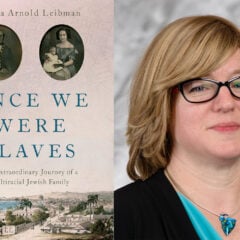