(RNS) Gilbert and Eleanor Kraus lived a comfortable life in 1930s Philadelphia, where he made a good living as a lawyer, and she kept a stylish house. 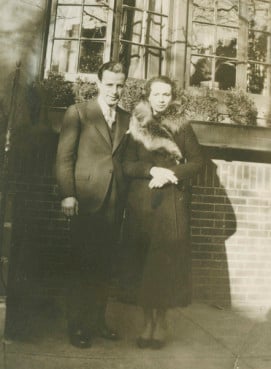 Gilbert and Eleanor Kraus (pictured here) lived a comfortable life in 1930s Philadelphia, where he made a good living as a lawyer, and she kept a stylish house. Photo courtesy HBO

They were secular Jews who sent their children to a Quaker school, and unlikely candidates for the mission they assigned themselves. Gilbert revealed the plan to his wife as he was shaving in the bathroom, so their young son and daughter would not hear.

He wanted to go to Vienna and save 50 Jewish children from the Nazis.

In 1939, most of the world had not yet learned of Hitler’s “Final Solution” to exterminate the Jews of Europe. But the Krauses knew the Nazis had already passed a myriad of laws to harass, ghettoize and impoverish European Jews, who were being brutalized in the streets.

Would she go with him?

From Eleanor Kraus’ memoir, and from a documentary to be shown on HBO on Holocaust Remembrance Day (April 8), we know she did.

Steven Pressman, who directed HBO’s “50 Children: The Rescue Mission of Mr. and Mrs. Kraus,” learned of the couple’s potentially suicidal rescue from his wife, Liz Perle — the Krauses’ granddaughter.

“They had to make the decision that they were going to do something terribly dangerous, maybe risking leaving their children behind as orphans if something went wrong,” Perle says in the film.

To make a documentary of the little-known saga, first-time filmmaker Pressman, an investigative journalist, tracked down the surviving rescued children, who are now in their 70s and 80s. Nine appear in the film, though Pressman believes 20 to 25 may be alive. 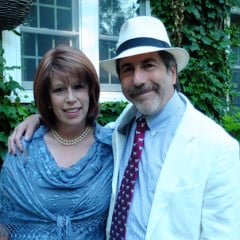 He worked with the United States Holocaust Memorial Museum and archives in Israel to find old footage and photos of them, and of rarely shown street scenes from Nazi Germany and Austria.

The film, which is narrated by actor Alan Alda, is punctuated by numbers — 600: the number of parents of Jewish Viennese children who applied to the Krauses; 50: the number of spots available, 25 for girls, 25 for boys.

And this: more than 1.5 million, the number of children lost in the Holocaust.

Against that backdrop, 50 rescued children may seem paltry, Pressman acknowledged in an interview. Nonetheless, it was the largest rescued group of children to be brought to America.

Hitler was fast closing the exits from the Nazi empire and few countries were willing to take in Jewish refugees. Tight U.S. restrictions on immigration would not be lifted, and anti-Semitism was rampant in the U.S.

Most Americans — including President Franklin Roosevelt — opposed a bill in Congress to increase immigration quotas for thousands of Jewish children living under Nazi rule. As shown in the film, “File No Action – FDR,” reads a note from the president, scribbled on the cover of the bill. 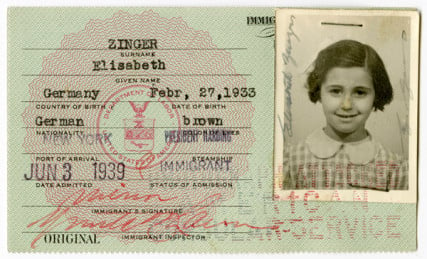 In the early months of 1939, the Krauses pressed their case with reluctant State Department officials. Even some Jewish American leaders, fearful of a backlash and of escalating anti-Semitism, tried to dissuade the couple from their mission, Pressman said.

“I can, on one level, understand it,” he said. “On another level, it’s still pretty shocking.”

In Vienna, a set of parents debated whether to apply to the Krauses to take their daughter, who was recovering from measles. In “50 Children,” an elderly Klara Lee remembers her mother telling her father that a still sick child could make the journey, but her father thought differently.

“We may die here,” she recalls him saying. “But she’s not going to die. She’s going to go and lead a life in America.”

After the Krauses secured 50 visas from the American government, and 50 passports from a Nazi government that would soon close the door to Jewish emigration, the children and their families gathered at a Vienna train station filled with storm troopers. 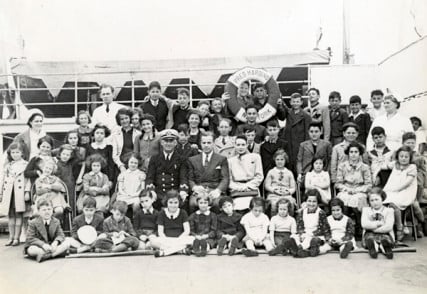 50 CHILDREN: THE RESCUE MISSION OF MR. & MRS. KRAUS: On June 3, 1939 the USS President Harding sailed into New York Harbor with the Krauses and the 50 children aboard, all of whom would soon be settled with foster families, or, in some cases, with relatives. Photo courtesy HBO

The mothers and fathers could not wave goodbye to the children because Jews were forbidden from giving the Nazi salute, and a misinterpreted wave could result in an arrest.

“The parents stood in orderly and quiet fashion,” Eleanor Kraus wrote of that rainy May night in 1939.

“They stared at the faces of their children. Their mouths were smiling, but their eyes were red and strained. No one waved. It was the most heartbreaking display of dignity and bravery I had ever witnessed.”

Many of the parents, now that they had children in America, would secure visas for themselves.

Heinrich Steinberger was supposed to be on the train. At 5, he was one of the youngest on the list, and Pressman lets the boy’s smiling face linger on screen.

Heinrich fell ill days before the scheduled departure. He would recover, but everyone knew a sick child might not make it through immigration, and could possibly hinder the other 49 from leaving as well. He was replaced by 14-year-old Alfred Berg, who became the oldest child in the Krauses’ care.

On June 3, the USS President Harding sailed into New York Harbor with the Krauses and the 50 children aboard, all of whom would soon be settled with foster families, or, in some cases, with relatives.

The children safe, Gilbert and Eleanor Kraus resumed their lives, and rarely spoke of what they had done in 1939.

Posted in
Culture Ethics
Support RNS and get your donation doubled