VATICAN CITY (RNS) Pope Francis has won widespread acclaim thus far in his nascent papacy with popular gestures like washing the feet of juveniles during Holy Week and refusing many papal perks. But now comes the hard part of his new job: reforming the Vatican.

The Roman Curia, as the central administration of the Catholic Church is known, has been riven by scandals and allegations of infighting and careerism, which helped undermine Pope Emeritus Benedict XVI’s reign and reportedly pushed him to resign. 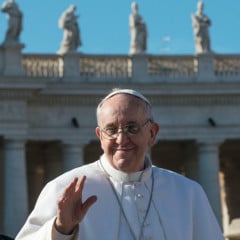 The dysfunction was so bad that reforming the Curia became a rallying cry for many cardinals at the conclave that elected Francis. But will he deliver on the promise of reform?

Much will depend on who Francis will choose as his top aides, starting from the appointments of the new heads of key Vatican offices. So far, he has reconfirmed the Curia leadership, but he has made it clear that this is just a provisional measure while he makes up his mind about his next steps.

“Be ready for some surprises. He is not afraid to pick up the phone to call up people and ask things. He is talking to everyone,” said a curial official who spoke on background because he was not authorized to talk publicly about the new pope’s consultations with cardinals and monsignors.

Those who know the former Cardinal Jorge Bergoglio well from his days as archbishop of Buenos Aires say Francis has a hands-off management style: He chooses people he trusts, even if they have views that differ from his own, and doesn’t micromanage.

“He’s good at trusting people and giving them space to get on with their work,” his former spokesman, the Rev. Guillermo Marco, told the British Catholic magazine The Tablet. “He’s not the kind of person who’s determined to do everything himself; he’s good at delegating … He gave me a lot of freedom and he’s the same way with everybody.”

So how will that translate into reforming the Vatican? The pope’s answers to the following questions, many of which are expected in the coming weeks, will offer an early indication:

This is probably the most important appointment Francis will have to make. This job is not like the American version: the Vatican secretary of state is more like the prime minister who really runs the administration. All other departments and offices have to go through the Terza Loggia (the third floor of the  Apostolic Palace where the secretariat’s offices are located) for their decisions to be submitted to the pope and become operative.

In recent years, especially with the reclusive Benedict, this centralized chain of command has become a problem on its own.

Cardinal Tarcisio Bertone had the job under Benedict and was widely criticized for his management skills. A tradition initiated by Pope John Paul II holds that when a “straniero” (non-Italian) is on the seat of Peter, he should be assisted by an Italian secretary of state. But Francis might easily disregard it.

Another unscripted rule says that the Vatican’s number two should come from the ranks of papal diplomacy – the fact that Bertone lacked any diplomatic experience was one of the reasons for his poor performance, according to many.

This is the second-most powerful office in the Vatican and the one Benedict ran for decades when he was Cardinal Joseph Ratzinger, developing a reputation for investigating theologians and nuns viewed as too liberal. German Cardinal Gerhard Mueller has led the CDF less than a year, and replacing him would be a shocker. Mueller does have ties to Latin American progressives and is not seen as doctrinaire, and in meeting Mueller on Friday (April 5) Francis made it clear that cleaning up the clergy sex abuse scandal is a priority for the office. So change may already be coming. 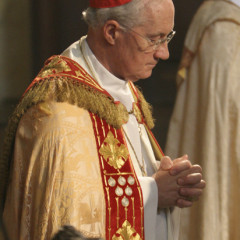 Cardinal Marc Ouellet of Quebec prays in the chapel of Immaculate Conception Seminary in Huntington, N.Y., during his visit to the seminary in 2007. RNS photo by Gregory A. Shemitz.

Perhaps the most important management task a pope has is naming bishops to run dioceses around the world; it is the best way of changing the church’s approach and instilling a pope’s legacy. Canadian Cardinal Marc Ouellet, who was reportedly a serious candidate in last month’s conclave and is considered one of the few friends then-Cardinal Bergoglio could count on in the Vatican ahead of the conclave, has been heading the office since 2010.

Technically know as the Institute for Religious Works, the Vatican bank was only founded in 1942 but has a legacy of scandal and controversy that makes it seem like a relic from the Renaissance. The bank is still struggling to comply with international anti-money laundering standards, and many say it serves no good purpose and should simply be shut down. “Francis is considering the issue. But closing the IOR down is not easy, the church needs a trusted, independent financial service to send money to its bishops all over the world,” warned the curial official.

Appointments are a key part of a pope’s job but changing the leadership sometimes isn’t enough.

Under Benedict, some Vatican department heads complained that it took weeks, sometimes months, to get an audience with the pope, and this paralyzed their work.

Francis might want to streamline the roster of Vatican departments, consolidating them into a single office; or he could set up regular meetings with a select group of Vatican top officials, something akin to a cabinet. This could improve coordination and information sharing in a bureaucracy where often it seems that the left hand truly doesn’t know what the right hand is doing.

Some Vatican insiders hint that Francis may shake up tradition by appointing lay people to high-ranking offices. “Why should all Vatican department chiefs be archbishops and cardinals? I would be ready for a lay person to become president of a Pontifical Council,” said the curial official.

The new pope has repeatedly made it clear that a priest’s task is not to be a “manager” – and this includes himself as the Catholic Church’s “priest in chief.” Nor does Francis want the church to be “self-referential,” a sin he has constantly warned against.

So when it comes to the Curia, less may be more, as in less bureaucracy and more hitting the streets to evangelize in the “outskirts” of the world and of society, where Francis himself has always felt at home.

But as he brings the church “outside,” as he has vowed to do in his first weeks as pope, Francis will need someone he can rely on to manage “inside” the Vatican.