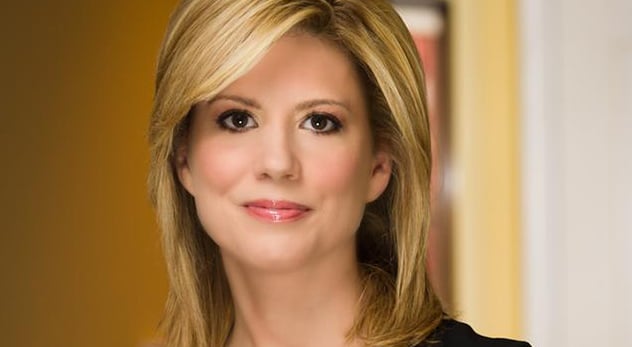 Fox News contributor Kirsten Powers lives up to the tagline of the television network that platforms her: "fair and balanced." Viewers familiar with her opinions know that while she is an unashamed liberal, she doesn't shy away from criticizing the President and other Democrats or defending conservatives when she feels it is appropriate.

When I first met Powers, who is also a Daily Beast and USA Today columnist, I was surprised to learn that she worked in the Clinton White House and later became an evangelical Christian (though she prefers the label "orthodox Christian" due to the baggage associated with "evangelical"). She wrote a fascinating foreword to my book, A Faith of Our Own: Following Jesus Beyond the Culture Wars, where she details converting to Christianity while attending Tim Keller's church in New York City. Her religious conversion, however, did not alter her political views.

"I’m often asked, 'How can you be a Democrat and a Christian?' which puzzles me beyond belief," Powers wrote in the foreword. "Nowhere in the Bible is there a mandate to be a Republican, or to support low taxes or, say, the war in Iraq, which I opposed from the beginning. And for all the conflation of patriotism and being a good Christian, I’m sorry to tell people that God is actually not an American. He created and cares about everyone in the world, not just Americans."

On Fox, Powers has become known as an independent thinker and gutsy commentator who always does her homework. Whether or not they agree with everything she says, viewers have to be impressed by her consistency and courage. In this interview, we talked about media bias, faith, and her take on the hot button topics of gun control and gay marriage.

JM: You recently went head-to-head with Bill O’Reilly over President Obama’s proposed health care spending cuts. There is a lot of talk about the “White House war on Fox News.” As a political analyst for Fox, what is your take on this issue? Is Fox being a "media meanie," or is Obama crumbling under the pressure of tough questions?

KP: I find the White House's behavior completely egregious. It is not the job of the White House to decide which media outlets are ‘legitimate.’ The fact that the only one they find not legitimate is the only major media outlet that holds them accountable seems a little too coincidental.

In their paradigm, MSNBC is legitimate even if all they do is run liberal programming. To be clear, I'm not bashing MSNBC. I have respect for many of their contributors and hosts. I think Rachel Maddow is top notch. I just am tired of hearing about how nonstop liberal programming is ‘news’ and Fox is not ‘legitimate.’ What is MSNBC's evening news show? They don't have one. But Fox News does, and it's really good. Compare the time slots starting at 6pm onward at Fox News and MSNBC and explain to me how MSNBC is the ‘legitimate’ news station when they don't even run any news in those time slots.

Remember, the White House didn't just say that Fox is not legitimate, they also told other outlets that they shouldn't treat Fox as legitimate. This is chilling behavior, and Jake Tapper--then at ABC--was the only journalist to speak out against it, when he questioned Robert Gibbs--now an MSNBC contributor--about why the White House felt they had a right to do this.

This inability to engage in debate or handle disagreement is becoming the calling card of the left. It should be a top concern for Americans, especially if you are a liberal and you believe dissent is a critical part to democracy. There are more real debates going on at Fox News on any given day than all the television networks combined, which unanimously view the world one way. The White House should learn how to make their case and stop using the power of the office of the president to try and quash dissent. They should also stop pretending that a cable news outlet is more powerful than the leader of the free world and the government he runs.

JM: Gun control has been in debate since the Sandy Hook tragedy. What is your position on gun rights?

KP: I grew up in a house with dozens of guns, so I'm not anti-gun, and if I lived in a city that allowed me to own one, I probably would. However, I believe in gun control. Having a right to bear arms doesn't mean there can't be reasonable limitations. We have a right to free speech, but we can't yell 'fire' in a crowded theatre. It's not just my opinion that there are limits to gun rights. The Supreme Court ruled in Heller that there are limits to the right to bear arms. Truthfully, I find the gun debate depressing. The two sides are so separated, it seems unbridgeable.

JM: Hailing from Alaska yourself, what are your thoughts on Sarah Palin, her rise of fame as Vice President nominee in 2008, and how she’s coped with the infamy thereafter?

KP: I like Sarah. I don't agree with her politics or many of the things she says, but I find the way the media and Washington establishment has treated her to be despicable and completely sexist. She is quintessentially Alaskan in that she is independent minded and isn't intimidated by what the mainstream media -- a festival of East Coast groupthink if there ever was one -- thinks of her. The way the media treated her tells us a lot about why the media in America is not respected. They have such utter contempt for people who are not like them.

I remember getting these hysterical phone calls when she was announced to be the Vice Presidential nominee shrieking, "Who is she?! I've never even heard of her. Who does she think she is criticizing Obama?" Of course, she was a governor, and a pretty popular one at that. But she was from a rural, conservative state and didn't go to the right schools. I actually had liberals arguing to me that the fact she transferred between multiple schools in college 20 years ago should disqualify her for the vice-presidency. She was ridiculed for being a "beauty queen" because she entered pageants to help pay for college. It was this sneering classism that has become so emblematic of our media. A real low point for the mainstream media in a storied history of low points.

KP: I am a Democrat because I embrace a philosophy that says the government has an important role in society in terms of providing for the poor and marginalized. I don't believe -- as my Republican friends do -- that private citizens are up to the task of providing for people in the way the government has, through for example, Medicare, Medicaid, and Social Security. If you doubt this, read the history of the time before these programs to see how well private citizens did, and remember that conservatives opposed these programs. Ronald Reagan famously said: “[I]f you don’t [stop Medicare] and I don’t do it, one of these days you and I are going to spend our sunset years telling our children and our children’s children what it once was like in America when men were free.”

I also don't worship at the altar of the free market in the way my conservative friends do. The Bible teaches us that left to their own devices, people are inherently sinful....as Tim Keller would say, "we are more depraved that we will ever realize"...so if you take government regulation out of the picture, why wouldn't people behave in a depraved manner? You don't need to look any further than the collapse of the banks and the housing crisis. We are told over and over that what they did wasn't "illegal." Who cares? It was unethical and selfish...with no regard for other people or for the country. I think the government has a role to protect average citizens from the people who have all the power and are hard-wired to care only about increasing their own power, no matter who it hurts.

Contrary to the caricature that conservatives create, Democrats don't support untrammeled government power. There are limits. But there is also a significant role for the government to play in society.

JM: As an orthodox Christian where do you stand on the issue of same-sex marriage?

KP: I view same-sex marriage as a civil rights issue. As Ted Olson and David Boies have pointed out, the Supreme Court has affirmed 14 times that marriage is a fundamental right. I believe the government should provide same-sex marriage, and churches should be left to do what they believe is right. I am eternally frustrated by the way Christians conflate holy matrimony and civil marriage. While Christians are free to have their decisions influenced and directed by what the Bible says, they are not free to impose those views on other people, especially when they are constitutionally protected rights.

The argument that we are "redefining marriage" is specious. First of all, marriage has been redefined before. "Marriage" in the United States used to mean "marriage between people of the same race." Second, civil marriage can mean all sorts of things. If a couple is married but decide they want to have an "open marriage," for example, the state still recognizes them as "married." Is that the definition of marriage that most people have? No. But it is a definition of marriage in the eyes of the state.

As you know, when Christians enter into holy matrimony in a church, it is an entirely different commitment than when two people enter into a civil marriage, affirmed by the state. Holy matrimony is a union with God. The Christian view of marriage is that it is supposed to reflect Jesus to the world. That is an entirely different definition than a civil marriage, which is what the state provides. I understand that people are concerned that churches will be forced to perform same-sex marriages, against their beliefs. I don't believe this will happen, but even if Christians are afraid that the government might overreach and persecute Christian churches, that is never a justification to infringe on other peoples constitutional rights. If you have a fear of potential discrimination by the government the answer is not to discriminate against another group.