At first glance, peace would seem to be one of those universal virtues that most decent human beings would aspire to:  to live in peace, and wish for fellow human beings to live in peace.  That would seem to be a corollary of the Golden Rule:   Want for your brother and sister what you would want for yourself.    Sadly, that seems not to be the case for some prominent members of many of our communities who passionately argue against peace in the Middle East.     These are the unblessed peace-breakers and warmongers.

There is no shortage of people who for religious or ideological reasons thrive on conflict.  Many of us are familiar with people who in their own interpersonal lives seem incapable of living in peace with others, and jump from one drama and trauma to another.     The same is true of some religious leaders and political agents who choose to seek and create conflict.   They need conflict to justify their own perception of a world perpetually in conflict. In fact, the notion of a peaceful and just world would seem to be an anathema to them, as they would have a hard time figuring out how to define themselves without doing so through conflict.    Being “clash-warriors” (who of course never see a day of battle in their own life), they seem unwilling or unable to be at peace and live at peace with others. I want to feature three such prominent peace-breakers:  One Muslim, one Jewish, one Christian.

The Muslim—if we may even call him that—is Bashar al-Assad, the genocidal dictator who has been slaughtering his own people for two years.   Al-Assad has made it clear that he has no intention of stepping down, or reaching an agreement to end the bloodshed.

So far, at least some 75,000 human beings have been slaughtered in Syria, many more wounded, and over a million have been made into state-less and home-less refugees.    Every day, al-Assad’s armed forces engage in assaults on a civilian population, and the pace is escalating.    March 2013 was the bloodiest month since the two-year genocide started.
This is not to make paragons of virtue out of Assad’s opposition, who have engaged in atrocities of their own in Syria.   But it is Assad who took what could have been peaceful Arab Spring demonstrations (a la Tunisia), and turned into a bloodbath.    The United States, Saudi Arabia, Gulf regimes, Turkey, and Iran have now all become involved in this struggle, playing out their geopolitical chess-game at the expense of human life.

The second member the unholy trinity of peace-breakers and war-makers is Daniel Pipes, a secular American Jewish pundit whose hatred for Muslims and Arabs is well-established.  The Southern Poverty Law Center has already identified him as a anti-Muslim hate-monger.   What has Pipes said?   Well, Pipes has said a great many offensive and hateful things over the last few decades.   Well before 9/11, he was on record stating that Western Europe was unprepared for the immigration of “brown-skinned” people with “strange food.” 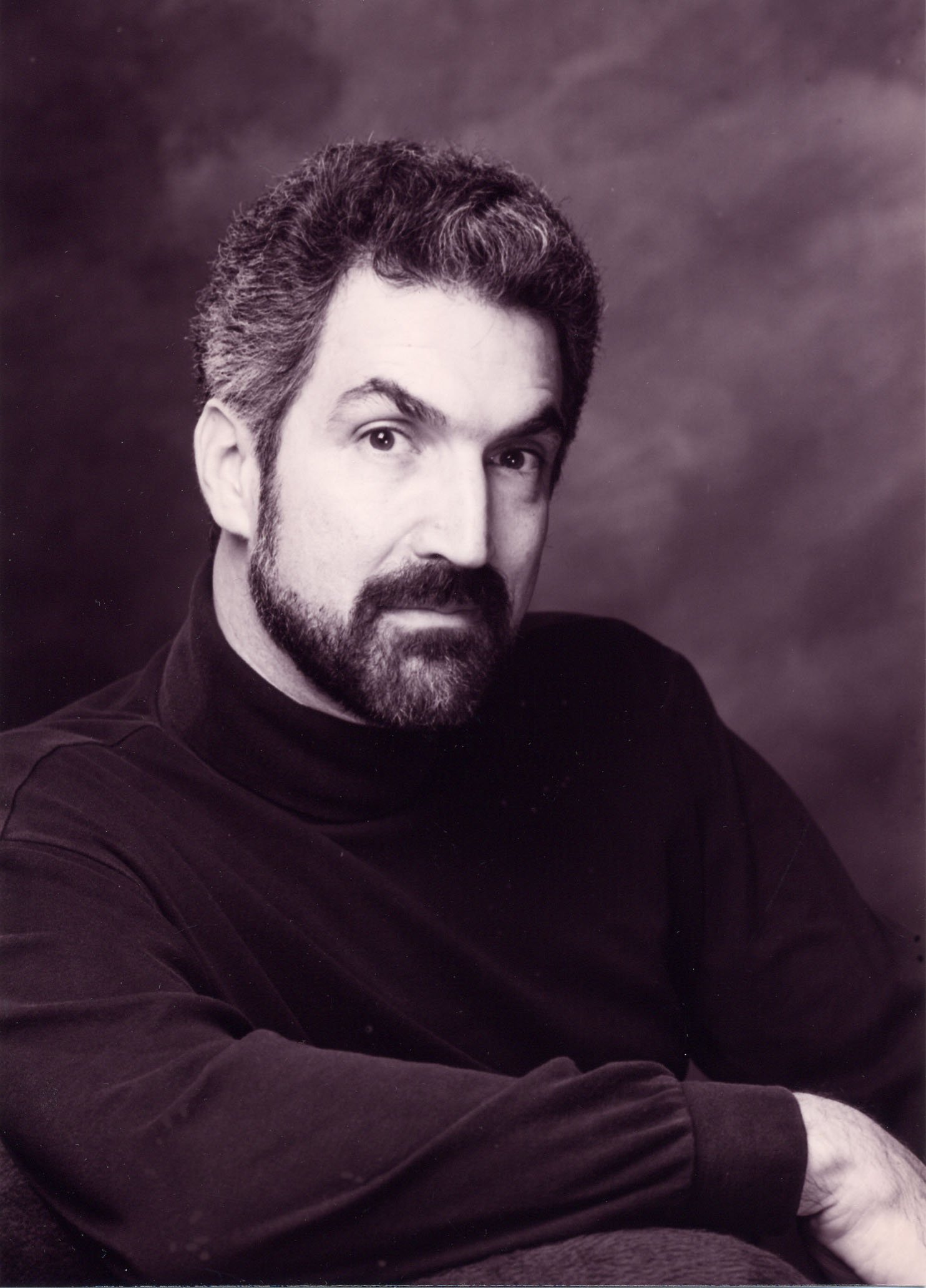 Fears of a Muslim influx have more substance than the worry about jihad.
West European societies are unprepared for the massive immigration of brown-skinned peoples cooking strange foods and not exactly maintaining Germanic standards of hygiene.

I worry very much, from the Jewish point of view, that the presence,
and increased stature, and affluence, and enfranchisement of American Muslims…

Who argues against the “enfranchisement” of another group of Americans?
What would we say if a person was speaking against enfranchisement of African-Americans or women?
Why should it be any different if he is targeting Muslims?

This is the same Daniel Pipes who encouraged American college students to spy on their professors if they make comments deemed to be critical of Israel or American foreign policy—a real reminder of the Communist Red Scare days where people would be routinely branded as “Anti-Americans.”

So what has Pipes said today to make clear his disdain for peace in the Middle East? 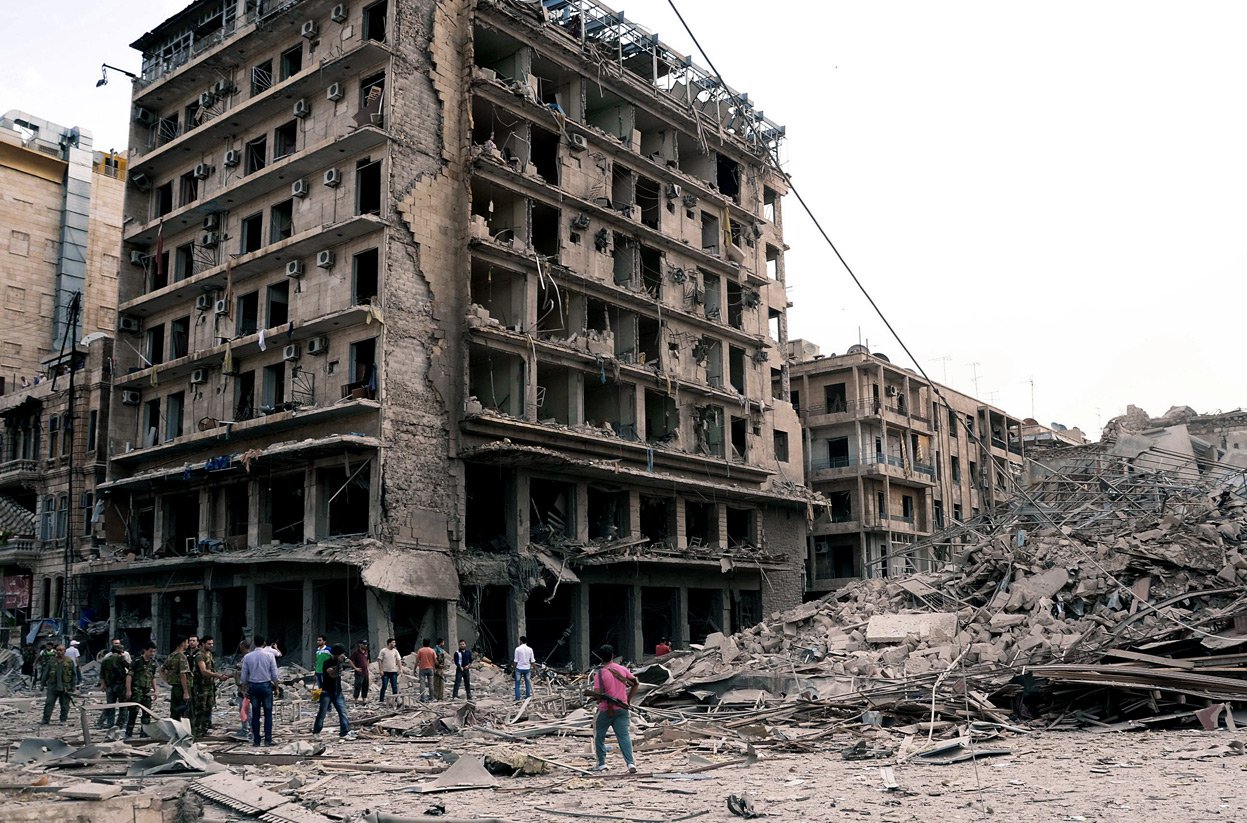 His comments were in the context of the human catastrophe in Syria, where at least 75,000 human beings have been slaughtered.   What would a decent human being say in confronting so much suffering, so much pain?   One would hope that almost any person with a real heart and soul would say something along the lines of:  “I hope and pray that the situation is brought to a swift closure.  I pray that there is no more blood shed, and I pray that those mourning loved ones are comforted, that the homeless are cared for.  I pray that a real life of peace and justice is established for all the people of the region.”

One could hope for that, but that is not what we are likely to hear from Mr. Pipes.    Daniel Pipes on the other hand hopes for the bloodshed to continue for as long as possible, because in his worldview, better the people of Syria kill each other than the conflict spill over.  He states explicitly:

Speaking of Bashar al-Assad’s reign of terror, Pipes states that it is “doing more good than harm.”   On whatever planet the slaughter of 75,000 human beings and exile of 1,000,000 people can in any way be characterized as doing any bit of good whatsoever?   Whatever planet Mr. Pipes lives on, it must be a cold and miserable place, devoid of compassion and humanity.

Unstated but directly implied in Pipes’ statement is the racist assumption that the lives of American allies [read:  Israelis] are worth more than the lives of Syrians. But why would that be?  On what basis would a decent human being argue that the life of any of God’s children is worth more than the life of another child?      People of faith know that the same loving and merciful God has created all of humanity.     For many, they would express this as all of God’s children are created in the image of God, or they have had God’s breath breathed inside of them.

Pipes introduces his National Review piece by stating:  “When enemies of the West are in conflict, it is in our interest to aid the losing side.”  Yes, that is the same logic that led Donald Rumsfeld to Iraq in 1983 to shake the bloody hand of Saddam Hussein, because we in the United States were persuaded that the enemy of our enemy (Iran) was our friend, and that it was in our best interest to keep that conflict going.    How did that work out for Iraqis, for the region, for humanity?    This callous, cold-hearted, narrow-sighted perspective does nothing other than expose the policies (both domestic and international) of its advocates as lacking any fundamental basis in ethics. 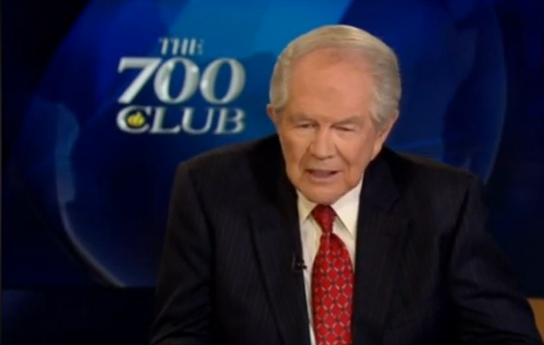 The third and last member of these peace-breakers, war-makers is the Christian one, and likely the most well-known:  Pat Robertson, the host of Christian Broadcast Network.    Pat Robertson is on record stating that he opposes peace in the Middle East, if that peace is to be achieved somehow through Palestinians and Israelis agreeing to share the land and homeland that they both love so deeply.   Robertson went so far as to position himself to the right of the most rightwing (Likud) Israeli politicians like Ariel Sharon.   Robertson, in fact, said that Sharon suffered a stroke because God punished him for having made a land-for-peace agreement in Gaza.    Many of course would disagree with characterizing what Sharon did as a land-for-peace arrangement, but simply one of partially rolling back an illegal occupation.  Others might have attributed the stroke to Sharon’s age, or uber-portly shape, but for Robertson it was the action of a vengeful God who was bringing down Sharon for having reached an agreement with Palestinians.

Pat Robertson is also on record as stating that America’s Middle East Peace initiative is “Asking For The Wrath Of Almighty God.”
Here he is in his own words:

God says, “They divided my land … This is my land. I gave it to Abraham and his descendants, and I don’t want it taken away from them.” And Jerusalem is the eternal capital of Israel. And for the United States to get into a deal where they’re trying to split Jerusalem and take it away from the Israelis and split up their capital — huge mistake. You’re asking for the wrath of Almighty God to fall on this nation. And when it falls, it won’t be fun.

When someone like Pat Robertson argues against peace in the Middle East, I don’t just question his politics, I question his very understanding of a just and compassionate God.    One is here reminded of Dr. King’s statement in expressing his opposition to the war in Vietnam, when he was asked to relegate his concern to that of the civil rights conflict in America.    Martin passionately responded: 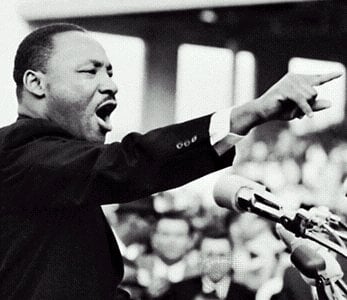 To me the relationship of this ministry to the making of peace is so obvious that I sometimes marvel at those who ask me why I am speaking against the war. Could it be that they do not know that the good news was meant for all men — for Communist and capitalist, for their children and ours, for black and for white, for revolutionary and conservative? Have they forgotten that my ministry is in obedience to the one who loved his enemies so fully that he died for them? What then can I say to the “Vietcong” or to Castro or to Mao as a faithful minister of this one? Can I threaten them with death or must I not share with them my life?

Martin goes on to connect his understanding of God to his concern for peace and justice:

I wonder if Pat Robertson’s understand of God includes God’s deep and passionate concern for the suffering of the people in Syria.

I wonder about Robertson’s Christianity, I wonder about al-Assad’s genocidal delusion, and whatever hateful ideology is fueling Pipes.   [Though Pipes comes from a Jewish background, I wouldn’t want to impute the beautiful tradition of Judaism by associating it with Pipes’ venom.   No, his is an ideological formulation that is a combination of Neoconservative rancor and a rabid understanding of Zionism.].

The Prophet Muhammad was once asked to curse his enemies, and he refused, stating:  I was sent as a mercy to the whole cosmos, I was not sent to curse.   As a child of the Prophet, I too will not call Pipes, Robertson, and Bashar damned, but I will say they are unblessed.     How un-blessed are those who pray for war, and make peace impossible?     If they are not blessed, are they not the very opposite of that?

President John F. Kennedy once said:  Those who make peaceful revolutions impossible make violent revolution inevitable.
what kind of a revolution are these peace-breakers and war makers making inevitable?

If the conflicts in the world today keep expanding more and more, claiming more and more innocent lives, we will look back not only at the terrorist groups and state agencies inflicting violence upon the world, but also upon these “respected” voices who are on national TV day in and day out, praying for war and conflict.

These are the unblessed Peace-breakers and the wretched Warmongers.

Images are courtesy of Shutterstock.