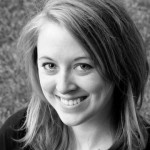 Editor Kellie Kotraba won the Radio Television Digital News Association’s 2013 Regional Edward R. Murrow Awards in the “Reporting: Hard News” category for region five’s small market radio entries. The regional awards, which according to RTDNA’s website “recognize work of the highest quality produced by radio, television and online news organizations around the world,” honor local newsrooms. Recipients of the RTDNA’s regional awards are automatically entered in the national Edward R. Murrow Awards, the winners of which will be announced on Columbus Day this fall in New York City.

The same audio report was also announced last week as a finalist in the Missouri Broadcasters Association Awards for the feature reporting category. Winners of the MBA Awards will be announced June 1 during an awards banquet at the association’s annual convention.

Kotraba’s report details the interfaith support a Joplin, Mo., mosque received after it suffered a devastating fire. Though the FBI hadn’t officially determined the cause of the fire at the time of the story, community members suspected the burn was the result of anti-Islamic sentiments. In response, churches rallied around the mosque and its members to help raise money to rebuild the structure. Sojourners, a national Christian social justice organization, even purchased a billboard in the area to show its support. It read: “Love your Muslim neighbors.”

Columbia Faith and Values (ColumbiaFAVS.com) is one of five FAVS nonprofit news sites across the country that report exclusively on beliefs and ethics news within a single community. The Columbia site partners locally with the area’s NPR affiliate KBIA-91.3 FM, where Kotraba mans the religion desk, and the Columbia Missourian. Its national partner is the award-winning Religion News Service.

ColumbiaFAVS.com is made possible through a generous grant from the Lilly Endowment.