After going to the mat to defend Kansas City Bishop Robert Finn, who was convicted of failing to report a suspected abusive priest, Catholic League president Bill Donohue has now taken up cudgels on behalf of Newark Archbishop John J. Myers, who is under scrutiny for violating a court order restricting a priest’s 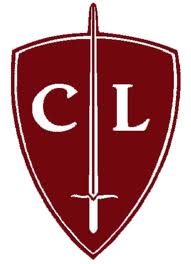 In Finn’s case, Donohue spent much of his energy attacking the Kansas City Star and, true to form, it’s the Newark Star Ledger that draws his ire this time — above all last Sunday’s editorial calling for Myers’ resignation. In his “special report,” entitled “Star-Ledger’s War on Archbishop Myers,” Donohue argues that the newspaper’s claim that the archbishop abrogated his agreement with prosecutors regarding Fr. Michael Fugee’s is “patently false.”

He also chastises the newspaper for failing to mention that “in addition to being cleared by the civil courts, the archdiocesan review board cleared Fugee of any wrongdoing. Nor did it mention that the case was sent to Rome for review; no charges were brought against him. In other words, Fugee’s case was thrice thrown out. Also, the newspaper failed to mention that there has not been one allegation made against this priest in the past 12 years.”

Before considering whether the agreement was abrogated, let’s review how the conviction of Michael Fugee happened to be thrown out.

On March 19, 2001, Fugee was read his Miranda rights and interrogated by a police detective, who proceeded to elicit a confession from the priest that he had the year before groped an adolescent with whom he was wrestling. In the confession, Fugee admitted that he had been sexually excited by the encounters, acknowledged that he knew they were wrong, and described himself as “bisexual, homosexual, but struggling with that identity.” The interview concluded with Fugee agreeing that his statements had been the result of neither force nor threats and that everything he had said was the truth.

The confession was critical to the prosecution’s case, and in a pretrial hearing in December of 2002, Fugee’s lawyer sought to have it suppressed on the grounds that it had been coerced. The judge wasn’t buying. “I don’t think the questioning was coercive,” he said. “I think the defendant and the detective had a rapport. … I find it was totally voluntary.”

When he went to trial the following April, Fugee, asserting his innocence, claimed that actually he had not told the detective the truth. “I lied in this instance to say what was expected of me so then I could go home,” he testified. The jury did not believe him and proceeded to find him guilty of aggravated criminal sexual contact.

It’s important to recognize that something critical happened between Fugee’s confession and his recantation: the Charter for the Protection of Children and Young People, passed at the June 2002 meeting in Dallas of the United States Conference of Catholic Bishops. The charter, which Myers helped draft, stipulated that “for even a single act of sexual abuse of a minor whenever it occurred which is admitted or established after an appropriate process in accord with canon law, the offending priest or deacon is to be permanently removed from ministry.” In other words, after Dallas, Fugee’s confession was sufficient to guarantee his permanent removal from priestly ministry.

Three years later, a unanimous three-judge appellate panel threw out Fugee’s conviction on the grounds that the judge had not made the priest’s supervisory status sufficiently clear to the jury and that the jury had been prejudiced by being permitted to learn of Fugee’s statements about his own sexual identity. “They [the statements] injected into the case the specter of a jury deciding a defendant’s guilt on the unfounded association between homosexuality and pedophilia,” his lawyer said.

Donohue has long insisted that the abuse crisis is really just about the disproportionate attraction of homosexual priests to teenage boys, so there is a certain irony in his now embracing a judicial decision based on a rejection of this Donohue Doctrine. Be that as it may, rather than retry Fugee, prosecutors chose instead to forge an agreement with him and the archdiocese that would impose essentially the same penalty on the priest that he had received after conviction.

The agreement was put in the form of a memorandum of understanding that was incorporated by the court into a consent order. The agreement satisfied the state’s need to be assured that Fugee would not be free to molest minors. But what of the act of sexual abuse that he had at first admitted to? Under the Dallas charter, only a determination that such an act had not occurred would allow him to remain in ministry.

And so, it seems, Myers called in his review board. How it could have found that no abuse occurred is beyond me. To be sure, the jury verdict was tainted. But the judge’s finding in open court that Fugee’s confession had been freely and voluntarily given was as valid as ever.  Surely that should have outweighed Fugee’s self-serving testimony.

Nonetheless, the review board went the other way, Rome signed off, and Myers went ahead and returned Fugee to ministry. After he completed his probationary program in June 2009, his first assignment was as chaplain at St. Michael’s Hospital in Newark, where he apparently had the opportunity for contact with minors. When the Star Ledger reported what he was doing, he was dismissed forthwith by hospital officials, who said they had not been informed of his past.

And here we come to the question of whether, under the consent order, Fugee was permitted to engage in supervised ministry of minors, as is now claimed by Donohue and the archdiocese in order to legitimate his work with a youth group in a Monmouth County parish. The relevant passage in the memorandum of understanding stipulates that the archdiocese “shall not assign or otherwise place Michael Fugee in any position within the Archdiocese that allows him to have any unsupervised contact with or to minister to any minor/child under the age of 18 or work in any position in which children are involved. This includes, but is not limited to, presiding over a parish, involvement with a youth group, religious education/parochial school, CCD, confessions with children, youth choir, youth retreats and day care.”

Donohue contends that “the court agreement expressly allowed Father Fugee to have contact with minors, provided he was supervised.” The agreement allows no such thing, expressly or otherwise. The issue of supervision concerns contact with minors alone; “contact” is the only word the adjective “unsupervised” modifies. When it comes to ministering or working, there’s nothing about supervision; the prohibition is absolute. That’s clear not only from the grammar but also from the list of disallowed activities. How is a priest to preside over a parish under supervision?

But let’s say, for the sake of argument, that the memorandum managed to rise to the level of ambiguity. Wouldn’t the proper thing for Myers to do have been to approach the court for a ruling on the consent order to determine whether Fugee could in fact be permitted supervised ministry to minors? Of course, had he done so, it’s a safe bet that the court would have have said the same thing it did when Fugee’s lawyer tried to have his record expunged in 2009: No way.

Update: Last evening, the Star Ledger reported that Fugee had resigned his ministry, admitting that he had violated the terms of his agreement. For its part, the archdiocese not only accepted the resignation but now claims to have known nothing of Fugee’s activities with the Monmouth County parish youth group, and no longer contends that the terms of the consent order permitted Fugee to minister to minors.

But Goodness denied the agreement had been breached, saying the archdiocese has interpreted the document to mean Fugee could work with minors as long as he is under the supervision of priests or lay ministers who have knowledge of his past and of the conditions in the agreement.

“We believe that the archdiocese and Father Fugee have adhered to the stipulations in all of his activities, and will continue to do so,” Goodness said.

Yesterday Goodness, had this to say to Mueller: “He engaged in activities that the archdiocese was not aware of and that were not approved by us, and we would never have approved them because they are all in conflict with the memorandum of understanding,” Goodness said.

Will Donohue issue his own clarification? And what will Myers do?