But their public voices have fallen mostly silent as noisy resistance grows to the prospect that suspected bomber Tamerlan Tsarnaev could be buried in local soil. 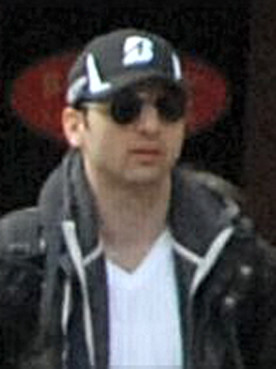 Cemeteries and even some mosques have refused to take his body. His city, Cambridge, has urged family members to bury him elsewhere. Republican U.S. Senate candidate Gabriel Gomez and local talk radio host Dan Rae want him dumped in the ocean, like Osama bin Laden. Clergy have largely kept mum.

“The only signs of people who are showing some sort of moral conscience are those few who stand with a card near the funeral home saying (burial) is a corporal work of mercy,” said James Keenan, a moral theologian at Boston College. “To say, ‘we won’t bury him’ makes us barbaric. It takes away mercy, the trademark of Christians. … I’m talking about this because somebody should.”

The Christian silence is notable, observers say, in part because death rituals are typically the domain of the faith community. In matters of death, religious figures are primary sources for guidance in what to do — but not in this public episode.

“I’ve not heard a lot from the Christian community” on this issue, said Joel Anderle, senior pastor of Community Covenant Church in West Peabody, Mass., and president of the Massachusetts Council of Churches.

“This is one of those curious areas where Christianity, and in particular Protestant Christianity, has come to believe that it doesn’t have a voice.”

The issue isn’t theological uncertainty. Believers of all stripes would say Tsarnaev should be buried — in local soil if necessary, perhaps in an unmarked grave — as a matter of respect for personhood, for the human body and for God, according to Laura Everett, executive director of the MCC. She notes Christians are known for burying even pariahs, including those executed for heinous crimes or left to die in the streets, as acts of faithful witness.

Why then today’s reticence? Some blame the media. Christian leaders would love to tell why even a killer should have a burial, but reporters aren’t giving them a platform to weigh in, according to the Rev. Suzanne Wade, priest-in-charge at St. Mark’s Episcopal Church in Westford, Mass.

“We have a moral imperative to say yes to the burial,” Wade said. “But I wonder if the voices of those who would speak peace are being muted because the conflict is a much better story.”

Others suspect reticence serves particular purposes for faith leaders who must walk a delicate line in the aftermath of a devastating disaster. These purposes might be lofty and pastoral, or part of something less holy, depending on one’s perspective.

Because the bombings left more than 260 people injured and dozens maimed, pastors across the region are ministering to parishioners who were hurt or know victims and still feel the sting of the attacks. Such pastors might be too upset or angry to champion mercy and respect for a man responsible for their people’s misery, according to Wade.

“It’s much easier for me to be that public voice than it is perhaps for people who have somebody very close to them who was affected,” Wade said. “Distance allows a perspective that you can’t get when you’re living in the middle of it.”

What’s more, the best pastoral outcome would probably be for a burial to take place with consent from Tsarnaev’s family and with minimal fanfare, Everett said. In their reticence, faith leaders might be trying to keep the debate from escalating, she said, since no one is served well by a heightened, emotional spectacle.

“There’s deep consternation in the religious community and deep desire for this to be resolved,” Everett said. “Religious leaders are weighing how best to be useful in that.”

Some observers wonder whether something less charitable might be unfolding. Christian leaders in past centuries called for burning witches at the stake and having criminals buried at crossroads, where vehicles would run over them, said Gary Laderman, a historian who studies death rituals at Emory University.

Laderman said he sees “echoes from previous eras” in calls from the general public for burials to be denied to an enemy such as Tsarnaev. He warns that religious leaders can contribute to desecration by what they sanction, encourage, say or don’t say.

“There’s a way in which religious leaders and cultures can inflame the passions even more about wanting to desecrate (the bodies of) the most vile people on earth,” Laderman said.

Christians beyond the Boston area are taking steps to see that Tsarnaev gets a burial. The group Evangelicals for Social Action has collected 42 signatures for a new petition calling on Christian cemeteries to accept Tsarnaev’s body. Paul Keane, originally of Hamden, Conn., has offered the Tsarnaevs a plot beside his late mother in a church cemetery. It would be in her memory, Keane said, since she “taught me to ‘love thine enemy.’”

Boston Christians, meanwhile, worry some of their peers are cowed into silence by vocal opponents, such as those who’ve targeted funeral director Peter Stefan for saying he will find a burial site for Tsarnaev, perhaps in Russia if not the United States.

When Anderle said on his Facebook page that Christians should be “utterly scandalized” when a burial is blocked, others say he’s taking a risk.

“There is this sense of, ‘I really appreciate what you’re saying, but that sure seems a dangerous thing to point out in a society that’s hell bent on retributive justice,’” Anderle said. “We can’t engage without fear of being … vilified and attacked. That’s sad.”