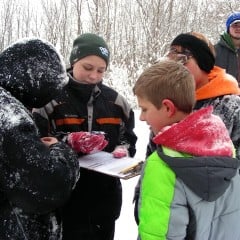 Founded by the Salvation Army in the 1980s, Adventure Corps includes about 1,300 units of boys from grades 1-8. The program focuses on teamwork, leadership and Christian fellowship. They do not have to be a member of a Salvation Army congregation. There are about 130 Boy Scout troops affiliated with the Salvation Army.

Founded in 1952, Calvinist Cadet Corps includes boys in first grade through high school. This evangelical organization has about 400 U.S. clubs. Its weekly meetings include a Bible lesson.

Founded in 1946, Caravan includes about 600 clubs in U.S. churches affiliated with the Church of the Nazarene. The clubs, which include boys and girls from first through sixth grade, focus on church doctrine. About 150 Nazarene churches have Boy Scout troops.

Founded in 1937, CSB includes about 300 units of boys in the first through 12th grades. This evangelical organization aims to build boys’ character with an emphasis on the Bible.

Founded in 1908 and operated by the Woman’s Missionary Union of the Southern Baptist Convention, Royal Ambassadors includes boys in grades 1 to 6 in about 3,000 churches in the U.S.  Some Southern Baptist churches also have Boy Scout troops. The logo for Royal Ambassadors, a missions-focused program for elementary school boys. The program is hosted in about 3,000 churches, most of which are Southern Baptist. Photo courtesy Royal Ambassadors

Founded in 1962 by the Assemblies of God, Royal Rangers includes boys in kindergarten through 12th grade in about 4,000 groups in the U.S. Its goal is to provide boys with “Christlike character formation.” The Assemblies of God also hosts about 90 Boy Scout troops.