(RNS)  The Internal Revenue Service, in the limelight this week (May 17) after a watchdog panel said it used “inappropriate criteria” when considering applications for tax-exempt status by Tea Party groups, is also under fire from religious organizations.

Here’s a list of faith-related groups that have reported what they consider to be inappropriate or unusual action by the IRS:

Updated Wednesday (May 22): Freedom Federation, an initiative of Liberty Counsel, a law firm focused on religious liberty, whose founder Mat Staver says he is still waiting for its 501(c)(4) status to be approved. An application was filed in July 2012.

Biblical Recorder, the North Carolina Baptist news journal that published a 2012 interview with Chick-fil-A President Dan Cathy in which he said he was “guilty as charged” when asked about his support of the “traditional family.” The paper also supported the North Carolina marriage amendment. The IRS completed an audit of the news journal on May 9. Billy Graham Evangelistic Association, which ran 2012 ads (paid for with designated funds from donors) supporting a North Carolina amendment that banned same-sex marriage and urging voters to consider candidates based on “biblical principles and support of Israel.” It was audited in October 2012.

Catholic League, conservative advocacy group, which says it was targeted shortly after the 2008 election of President Obama. Bill Donohue, the group’s president, said the IRS determined it “intervened in a political campaign,” but the group kept its tax-exempt status.

Catholics United Education Fund, an affiliate of the progressive Catholics United, which had an application that “languished for years” before its registration was approved.

Christian Voices for Life, a group based in Fort Bend County, Texas, which suffered delays in its application for tax-exempt status in 2011, the Thomas More Society said.

Coalition for Life of Iowa, which says it promotes “respect for human life … through prayer, education and raising awareness,” faced delays before getting its tax-exempt status in 2009, said the Thomas More Society. 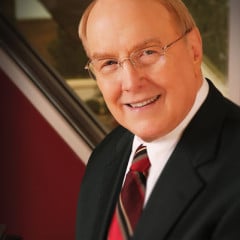 Christian conservative leader James Dobson, the founder of the Focus on the Family ministry, has gained a new title: novelist. RNS photo by Harry Langdon.

Family Talk Action, the advocacy arm of James Dobson’s Family Talk, said its application for 501(c)(4) status was delayed and questioned between 2011 and 2013.

Samaritan’s Purse, which was audited in October 2012. Its president, Franklin Graham, wrote a letter to President Obama calling the audit, and that of the BGEA, “un-American.”

Z Street, a conservative Jewish organization, which has a July 2 hearing in U.S. district court after it sued the IRS for viewpoint discrimination. 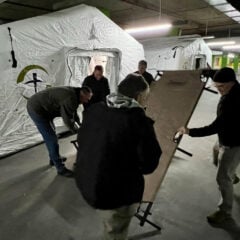