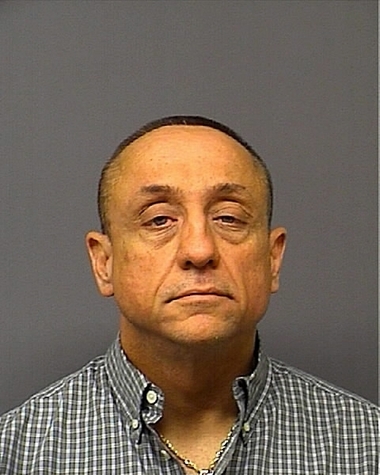 Even as Newark molester-priest Michael Fugee was being arrested and arraigned on charges of criminally violating a court order barring him from ministering to minors, his superiors in the archdiocese were once again changing their story. Now they are claiming to have…well, let’s review the bidding.

On April 28, Mark Mueller of the Star-Ledger reported that Fugee had been working with children, in contravention of the 2007 memorandum of understanding signed by both him and the archdiocese of Newark. “But,” Mueller reported, Archbishop John J. Myers’ spokesman Jim Goodness “denied the agreement had been breached, saying the archdiocese has interpreted the document to mean Fugee could work with minors as long as he is under the supervision of priests or lay ministers who have knowledge of his past and of conditions in the agreement.”

On May 2, after Fugee resigned his ministry amid a media firestorm, Goodness made a U-turn on his denial:

Tonight, the spokesman sought to clarify his statements, saying that while it was “good” Fugee was under supervision, the priest did not seek permission from the archdiocese before participating in youth activities.

“He engaged in activities that the archdiocese was not aware of and that were not approved by us, and we would never have approved them because they are all in conflict with the memorandum of understanding,” Goodness said.

A week later, the archdiocese lawyered up, hiring Michael Critchley, a criminal defense attorney best known in Jersey for winning the acquittal of mafioso Michael “Mad Dog” Taccetta in the mid-1980s. Then Myers took off for week-long pilgrimage to Poland.

Which brings us to yesterday, when the following statement was promulgated under Goodness’ name in response to Fugee’s arraignment on seven counts of judicial contempt, all having to do with his hearing the confessions of minors in churches and on youth retreats:

We take these allegations seriously and will cooperate fully with law enforcement in its investigation. When the Archdiocese learned of Father Fugee’s violation of certain of its protocols during his off-hours, he was informed there would be significant consequences. Nothing is more sacred than the welfare of our children.

We are in the process of taking steps to ensure that, as much as humanly possible, this type of thing cannot happen again.

You’ll note the new direction: Gone is the admission that Fugee violated the memorandum of understanding, whose provisions the archdiocese pledged “to honor both the letter and the spirit of.” His malfeasance now consists of violating certain internal protocols. You figure that, on advice of consigliere, Myers doesn’t want to be in the position of having to admit that the archdiocese didn’t keep its pledge.

I’m guessing that the relevant protocols, if they exist, run along the lines of the Safe Environment Protocol that applies when parish groups use the Archdiocesan Youth Retreat Center in Kearney. That says, among other things, that 10 days before a retreat the pastor in charge must provide the Director of Youth and Young Adult Services with a “listing all chaperones’ names, certifying that all youth ministry leaders and chaperones/volunteers, both Catholic and non-Catholic, from that parish/school have been screened by a third party and safe environment trained, as required by the procedures of this archdiocese.”

Presumably no such listing was provided to the director by the pastors who invited Fugee to minister with them. And perhaps some pastoral heads will roll, as they did when the bishop of Trenton learned that Fugee had been ministering to children on retreat in his diocese. In the meantime, job one is to protect the head of the archbishop.

Update: So Fugee will, according to his lawyer, fight the charges, on the grounds that he was properly supervised. The shift by the archdiocese hints that it has returned to its original claim; i.e. that supervised ministry to children was permitted by the MOU. It’s possible that Fugee will claim that he was given explicit permission by the archdiocese to engage in such ministry. In which case, the court proceeding could turn out to be perilous for the archbishop.