NAIROBI, Kenya (RNS) An American missionary priest who is entangled in a dispute with the country’s top Catholic cleric and a group of nuns in Kenya over the ownership of two mission hospitals has been suspended from the priesthood by his order. 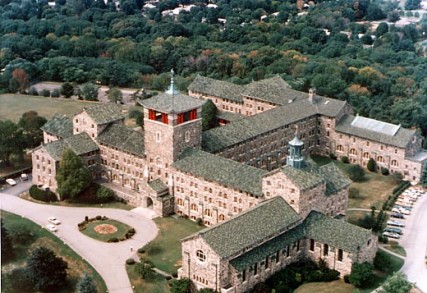 The New York-based Maryknoll Fathers and Brothers suspended the Rev. Dr. William Charles Fryda after he refused to drop a case he filed three years ago against Cardinal John Njue and Sister Marie Therese Gachambi, the mother superior of Assumption Sisters of Nairobi.

Fryda alleges that the cardinal and the nuns were attempting to seize control of St. Mary’s Mission Hospital, which has branches in Nairobi and Kenya’s third-largest city, Nakuru.

Fryda left his home in the U.S. to work and live in Tanzania and Kenya in 1980. Having trained as a doctor, the missionary wanted to help poor Kenyans access medical services. Many could not afford services in private and government-run hospitals.

Within 15 years, he has built two hospitals, one in Nairobi and the other in Nakuru, about 150 kilometers north of Nairobi.

Because he was a foreigner, Fryda enlisted the help of the nuns to register the land on which the hospitals were built. The agreement with the nuns was that the hospital would later be transferred to a new company, known as St. Mary’s Mission Hospital Limited. The attempt to put the institutions under the new company sparked the dispute.

By then, the priest was attempting to build a similar hospital under the same name in central Kenya, when the nuns branded him a trespasser and asked him to move off their land.

The Maryknoll order asked Fryda to drop his suit, and many missionaries say the suit paints them and the Kenyan Catholic Church in a bad light, according to one Maryknoll priest who did not want to be named.

He later filed a constitutional petition seeking to stop the cardinal and the Maryknoll Society and its regional superior, the Rev. Lance Nadeau, from interfering with his rights.

Nadeau then circulated a May 1 letter that said, “With exception of the sacrament of penance in danger of death, Father Fryda is suspended from exercising any public priestly ministry or governance in the church.”

Fryda’s lawyers said the priest declined to comment on the case.