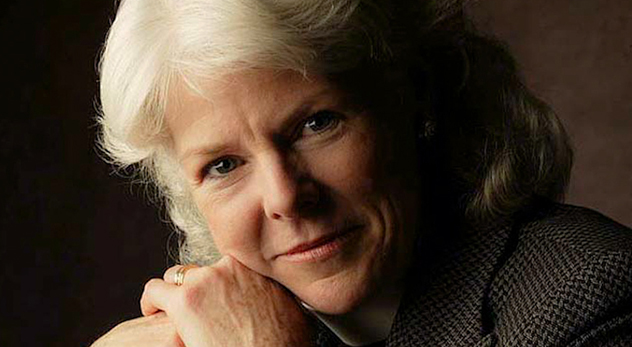 Barbara Brown Taylor makes a living out of words–in the past, as an Episcopal priest and currently as a writer and professor at Piedmont College. Though I only recently discovered her work, I quickly fell in love with her and have since read every one of her books including The New York Times bestselling An Altar in the World and her collected sermons in Bread of Angels, Gospel Medicine, and God in Pain.

Her breathtaking turns of phrase and depth of thought create a feast that must be savored slowly. Sometimes I have to read a passage two or three times before I feel like I’ve fully experienced it. Though I don’t agree with every point she makes in every word she pens, I’ve found some of Taylor’s insights into the Christian life to be on par with greats like–brace yourself–Lewis and Tozer.

I’m not the only one who thinks highly of her. Taylor was ranked as one of the 12 “most effective preachers” in the English-speaking world according to a worldwide survey. She was also listed as one of the top 10 most influential living preachers in a poll conducted by LifeWay Research of the Southern Baptist Convention. In this interview, Taylor talks about the Church, compassion fatigue, and her spiritual memoir, Leaving Church, in which she describes spending 15 years in Episcopal parish ministry before walking away from the pulpit.

JM: In the introduction to Leaving Church, you compare your ordination with a marriage. What feelings did you have when you walked away from it?

BBT: I did not walk away from ordination—I am still a priest in good standing in the Episcopal Diocese of Atlanta. But I did decide to leave parish ministry after 15 years, which meant “moving out of the house” I had shared with a congregation for the last five of those years. The feelings were exactly what you would expect at first: grief, sadness, guilt—and anger, for all kinds of sensible and invented reasons. But after a few months most of those feelings gave way to the excitement of beginning a different kind of ministry in a new setting that opened up all kinds of doors for me. Now I feel lasting gratitude for the years I spent in parish ministry, matched only by my gratitude for the job I have now. I love being a teacher, all the way down to my bones.

JM: You occasionally mention your husband in your writings and sermons. What role did he play during your transition?

BBT: Ed should be cloned so that every clergywoman who wants a supportive spouse can have one. When I first left parish ministry he was as stunned as I was by the changes in our lives. We gave up our places at the center of a church community. Our finances took a dip with the loss of clergy benefits. But he and I were both happy to have free weekends for the first time in our married life, and to go to church together. Ed is a very steady guy, and he remained a strong center for me during an unsteady time.

JM: You talk about having been a minister in the center of a city of never-ending human need. I imagine a lot of people who work in the church or non-profit worlds can relate. How did “compassion fatigue” take its toll on you personally?

BBT: As I wrote in the book, the most worrisome thing was that I learned to fake compassion when I was too tired to produce the real thing, which eventually made me a stranger to my own heart. I remember one Christmas Eve when a member of the church fell ill and was taken to the hospital after the midnight service (the third one that night). Of course I went to be with her, which meant not being with my family, and spending Christmas day in a fog. I am under no illusion that clergy have it any harder than anyone else. Parents, doctors, firefighters, EMTs and plenty of other people all serve at the center of never-ending human need, but it does take a toll. If you’re not careful, you begin to resent the very people you set out to serve.

JM: How do you deal with it now?

BBT: I do not have compassion fatigue anymore. College students are a pretty independent lot. I remember reading somewhere that the maximum number of people any of us can care for very well is 20, and that’s about where I am now.

JM: You’re a teacher now; in what ways are the two professions similar?

BBT: I guess the most obvious similarity is that preachers and teachers both get to talk while other people listen. Parish ministry would be so different if clergy gave grades!

But at a deeper level I note at least two major similarities. The first is the creation of community, which is as important in the classroom as it is in the church. Every semester I look at all the different people who have signed up for my class with all their different expectations and I think, “Now how are we all going to get along?” They did not choose one another any more than the members of a church choose one another, so my job includes helping them get to know each other better, identify common goals, learn the difference between dialog and debate, and respect one another’s humanity. The second similarity is the goal of awakening. In the church and in the classroom, all of my efforts are directed toward helping people see more than they did before, wonder more about the world around them, ask better questions.

That’s how the two professions seem very different to me. As a parish minister I often felt like “the answer person,” but as a college teacher I am happy to be “the question person.”

JM: Do you continue to be part of a faith community even though you’re not leading one?

BBT: I am in church a couple or three Sundays a month, but never the same one. This weekend I’m preaching at a Presbyterian church in Manhattan. Next month I’ll preach in a prison and a college chapel. After years and years of being a “stay-at-home minister” I’m more of a “free-range preacher” now. The community that sustains me is made up of people from several different faiths who, like me, are engaged in pushing the boundaries of our traditions. The Episcopal Church remains my church home. It means a great deal to me that our book is the Book of Common Prayer. It’s our common prayer, not our common beliefs, that hold us together.

JM: What do you see in the Church today that gives you hope?

BBT: I am afraid that I don’t know anything about “the Church,” since that phrase suggests a uniformity that I have never found among the churches I have known on Earth. I do see things that give me hope as I travel around, most of them having to do with churches that are finding life in the midst of death. Sometimes that means selling an expensive building and finding greater purpose in a smaller, rented space. Sometimes it means being unable to call a full-time pastor and finding out how much better a bi-vocational pastor can speak to the challenge of bridging Sunday and Monday. Sometimes it means sticking with a changing neighborhood and finding whole new layers to the gospel as you seek and serve Christ in people who do not look a bit like you. Every church has its own personality—its own gifts, its own fears, its own angels. What gives me hope is watching the ones who trust the gospel enough to walk right into what they fear the most, expecting to find new life.