ST. LOUIS (RNS) On the campus of the University of Missouri-St. Louis, the Rev. Gary Meier addressed a congregation of sorts – people who wanted to hear what the Roman Catholic priest had been thinking since, nearly a year ago, he last stood before a flock. 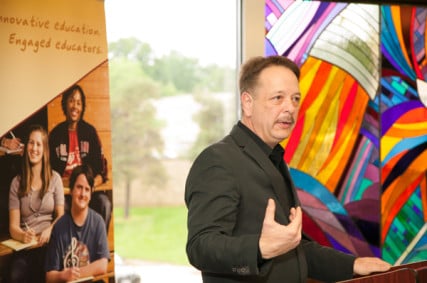 The Rev. Gary M. Meier, author of the book, “Hidden Voices: Reflections of a Gay Catholic Priest, speaks during a recent event on May 21, 2013, at UMSL. Photo by Michael K. Butler Sr./UMSL

That was last June, when Meier told his parishioners at Saints Teresa and Bridget Church in north St. Louis that he would take a leave of absence “to discern what ministry God was calling me to do.”

Meier, 49, had told his archbishop that he could no longer teach the Catholic church’s stance on homosexuality.

“I have tried over the years to reconcile my silence as a gay priest with that of the Church’s increasingly anti-gay stance. I have been unsuccessful,” Meier writes in his book “Hidden Voices: Reflections of a Gay, Catholic Priest.”

“I was hopeful that I could find a way to have integrity while remaining part of a hierarchy that is anti-gay — I was unsuccessful.”

Meier originally published the book anonymously in 2011. But last week, he republished it with his own name on the cover. He’s now studying for a master’s degree in counseling at UMSL.

Since his public declaration of his sexual orientation, he has received much support on his Facebook page, Meier told his UMSL audience of 80 or so parishioners, priests, former priests and gay-rights activists. One woman, though, scolded him for accusing the church of a “lack of love.”

“That’s not at all what I’m saying,” said Meier. “But I am accusing the church of a lack of tolerance and acceptance.”

In doing so, he is risking his priesthood, while also drawing attention to the church’s stance on homosexuality and gay priests.

Priests in active ministry rarely state their sexual orientation, in part because it’s supposed to be beside the point for men who have taken lifetime vows of celibacy. The Rev. James Martin, a Jesuit priest and editor-at-large at America magazine, says there are only two or three priests in the U.S. who have said publicly that they are homosexual.

“There are hundreds, if not thousands, of celibate gay priests working in the Catholic church today who are beloved by their parishioners,” Martin said. “And there are a number of reasons why almost all of them feel unable to be honest. They are either uncomfortable themselves, or they’re told specifically by their superiors not to talk about it.”

Meier’s decision to go public came, he said, after watching the church’s position harden over the last decade.

“My position is that our teaching is causing harm,” he said in an interview.

The church does not have an official position on gay priests, but bishops in the past have mostly argued that celibacy is celibacy and a good priest is a good priest.

In 2005, the Vatican issued new guidelines barring men with “deep-seated homosexual tendencies” from being considered for the priesthood. In 2009, a Vatican probe of U.S. seminaries that was ordered after the clergy sex abuse scandal concluded that “difficulties” related to “homosexual behavior” have been largely “overcome.” 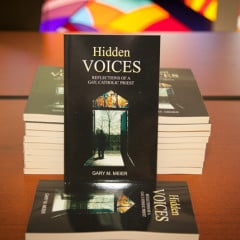 The catechism of the Roman Catholic Church calls homosexual acts “acts of grave depravity” and “intrinsically disordered” because they “close the sexual act to the gift of life.” But the catechism also says that homosexuals “must be accepted with respect, compassion, and sensitivity.”

Speaking at UMSL, he said he believed the bishops’ teaching on homosexuality had been a contributing factor in growing suicide rates among gay teenagers.

“We ought to own some of that,” he said. “The church’s hard line against homosexuality causes that kind of damage.”

The St. Louis Archdiocese did not respond to a request for comment about Meier’s book, but Archbishop Robert Carlson released a statement saying that Meier, “as a man who experiences same-sex attraction,” had “an opportunity to be an example and mentor to Catholics in the archdiocese who struggle with the same feelings.”

“Whether he will seize this opportunity to proclaim the Gospel of Life, which offers the truth about the beauty and sanctity of human sexuality, is entirely within his control,” Carlson said.

Meier, who recently celebrated the 15th anniversary of his ordination, said his sexuality had never been a secret to his family and friends. He said that when he was interviewed during the screening process at Kenrick Seminary, he answered truthfully to the six interviewers (of nine, total) who asked about his sexual orientation and history. When they asked him if he believed he could be celibate, he answered, “I think so.”

The priest now says that his only relationship is “with the people of God,” and that he’s been faithful to his vows. “Celibacy is a rule the church imposes on its clergy. It’s always part of the package,” he said. “This is not about celibacy.” 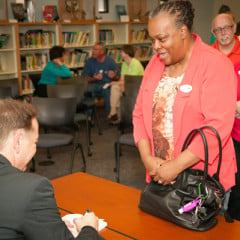 A woman gets her copy of ‘Hidden Voices: Reflections of a Gay, Catholic Priest” signed by author Gary M. Meier. Photo by Michael K. Butler Sr./UMSL

The question for Meier — the question all his friends and family have been asking since he put his name on the book’s cover — is, “What now?”

Meier said he would like to remain a priest, but he knows that’s unlikely.

“To be a priest and active in ministry, you can’t say what I’m saying,” he said in answer to a question at the UMSL event. “I don’t think I’ll be getting any more paychecks from the archdiocese.”

The Rev. John Beal, a professor of canon law at the Catholic University of America, said that if a priest rejected the idea that “homosexual acts are gravely immoral, that would be a reason they can’t continue in ministry, because they’re dissenting from the teaching of the church.”

If Carlson finds anything in Meier’s book that contradicts church teaching, Meier could be suspended from ministry, and his license to act as a Catholic priest could be removed.

Meier already has, in essence, removed himself from ministry. In an act of solidarity with gay Catholics against the church’s teaching, he has refrained from administering the sacraments since taking a leave of absence. Recently he elected not to celebrate his aunt’s funeral Mass.

In his book, Meier said he had to go public as a matter of personal integrity.

“I see my speaking out as an act of love toward a community which was born of God’s radical inclusivity,” he wrote.

(Tim Townsend writes for The Post-Dispatch) 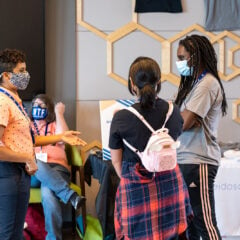 Faith
Traditional ‘Side B’ LGBTQ Christians experience a renaissance