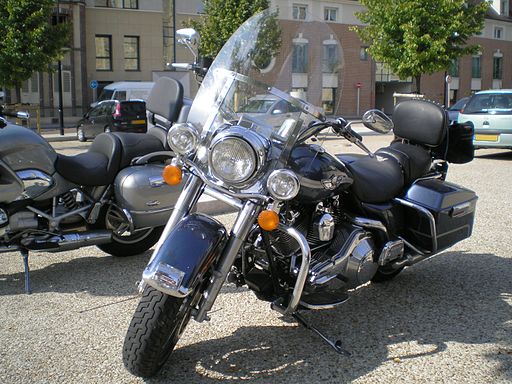 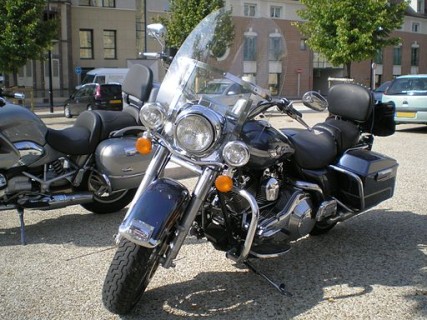 In case you didn’t get a steady stream of social media reminders, Father’s Day was yesterday.  “I'm gay, my dad's a pastor, and ... we're working on it,” read one of the many father related pieces, this one from The Atlantic’s Sexes channel.

Pope Francis blessed thousands of Harley Davidson motorcycles and their riders visiting the Vatican for the bike's 110th anniversary. The Pope received a leather jacket and two bikes in return.

Got a sin to confess? A priest is developing a ‘My Confessor’ app to let users know when they can drop in and unload.

As we await the Supreme Court's decision on same-sex marriage, the New York Times suggests that the Obama administration’s actions after the ruling may be as important as the ruling itself.

Speaking of the Supreme Court, you know that DNA case from last week? Turns out Justice Scalia may have parted ways on the majority opinion because of his Catholic faith. Regarding DNA and evolution, he wrote that he can't "affirm those details on [his] own knowledge or even [his] own belief."

Hartford officials kicked an 82-year-old “good Samaritan” out of a city park because residents raised concerns about the safety and sanitation of his free (or paid-in-hugs) haircuts to homeless people. Officials are working with the unlicensed barber for a solution.

The House has rejected a Democratic proposal to allow nonreligious chaplains to serve nonreligious service members in the military.

Chen Guangcheng, a blind Chinese dissident and religious freedom defender who took a post at New York University after escaping detention in China, said the university faced pressure from the Chinese government to kick him out.

A group of clergy who want to end the war on drugs by decriminalizing drug use met this week in Nashville at American Baptist College, and Bob Smietana has the details at The Tennessean.

Former governor of Alaska Sarah Palin slammed military intervention in Syria at the Faith and Freedom Coalition on Saturday, saying, “Until we have a commander in chief who knows what he is doing....let Allah sort it out!” At the same conference, former governor of Florida Jeb Bush told the crowd that “immigrants are more fertile.”

Openly gay clerics in the Church of England will be questioned about their sex life before they can be considered to be a bishop.

It’s Christmas in June! Texas Governor Rick Perry dealt a blow to the Christmas wars by signing a 'Merry Christmas' law, removing legal risks of saying "Merry Christmas" in schools and protecting traditional holiday symbols as long as more than one religion and a secular symbol are also reflected.

President Obama on Friday nominated Ken Hackett, former head of Catholic Relief Services, to be the next U.S. ambassador to the Vatican, and David Gibson tells us why it’s a savvy move.

“Does child sponsorship work?” asks the cover of Christianity Today this month. A top economist says yes. Here’s why.

Missionary kids have come forward in recent years to report decades-old abuse at the hands of other missionary families or boarding school staff, Manya Brachear reports for the Chicago Tribune.

Many Egyptians were shocked by the country’s Islamist president decision to appoint a governor who comes from the political arm of an Islamist group that once carried out terrorist attacks that killed tourists, soldiers and police officers. Meanwhile, a Muslim cleric was sentenced for tearing up and burning a Bible. And an elementary school teacher was fined for insulting Islam.

A man suspected of shooting his father-in-law in the back of the head during Mass has been caught.

We were sorry to read of the death of religion reporter Kathleen McClain. Her stories about Jerry Falwell’s attempt to save Jim Bakker’s ministry helped earn the Charlotte Observer a Pulitzer Prize in public service.

And tweets to start your week:

Deep fried cheese curds are like if French Fries and heaven had a baby.