Dr. King taught us that a threat to justice anywhere is a threat to justice everywhere.    It seems that NC Republicans are working hard to fulfill Dr. King’s message, by demonstrating how various forms of injustice are indeed connected: Late-hour, sneaky, and anti-democratic measures have brought together two measures that would seem to have nothing in common with another:  politics of the abortion debate, and marginalizing Muslims. 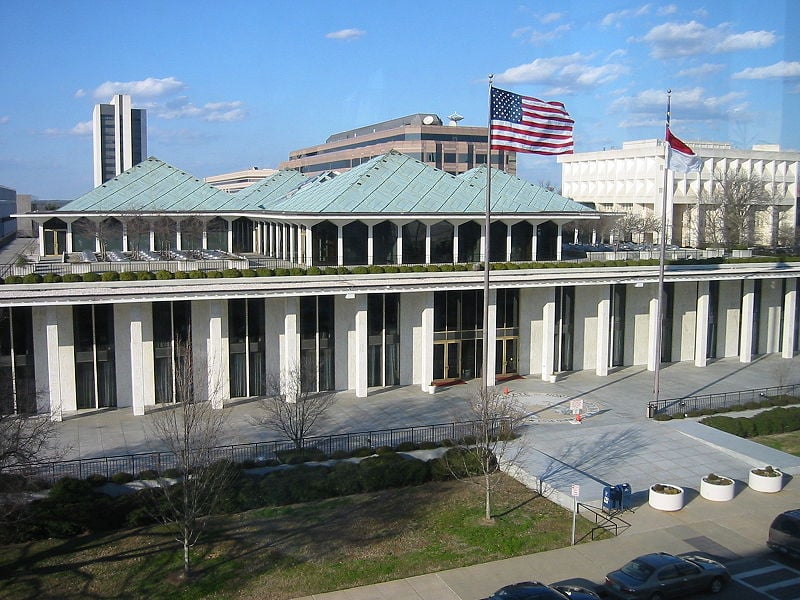 These laws are of course just the latest Republican initiatives targeting education, women, children, the poor, African-Americans, the elderly, the environment, taxation, and elections. 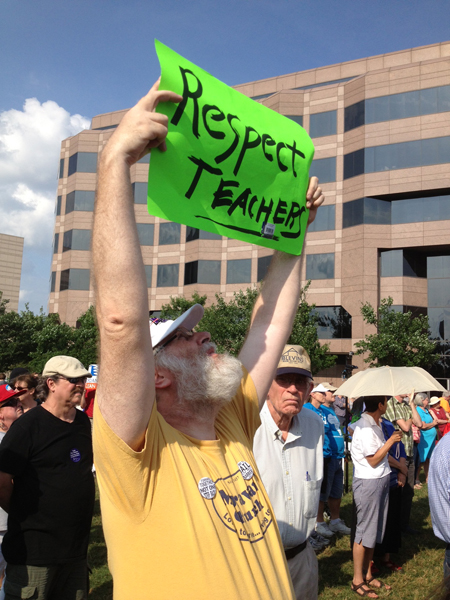 Here are a few quick thoughts on this strange linkage that the Republicans have just passed.

1)   NC Republicans are trying to score a coup in the abortion debate without having a Texas-style “Wendy Davis” filibuster showdown.

In other words, they are sabotaging a democratic process.    These Republican measures are anti-democratic, and betray what a healthy democracy does:  have open, honest, transparent, and even difficult conversations that convey the range of opinions among our citizens.

So what would this bill result in?   The News and Observer reports that:  “Under the bill, which was tacked onto another measure dealing with Islamic law, abortion clinics would have to meet license standards similar to those of ambulatory surgical centers. According to legislative staff, only one clinic in the state currently meets that standard.”

As expected, the vote has been almost entirely along party lines.   No democrat supported the bill.   Only one Republican voted against it.

2)   The Republican-sponsored HB695 [House bill #695] is a strange bedfellows alliance of anti-abortion politics and anti-Muslim xenophobia.

here is what the original bill looked like.    In other words, it was a standard cookie-cutter xenophobic bill that had little legal meaning but was intended to broadcast “America!” and signal to Muslims that they were legally marked as “foreign.”    It was part of a larger process of a nation-wide movement designed to promote anti-Muslim legislation.  (see #6 below.)  What has been added to it would be among the most restrictive anti-abortion measures in the country.   The bill  passed now is modified, and includes the abortion restrictions.

3)   The North Carolina Republican party is drunk on power.
The Republican Party now holds power over both the governors office and the state legislature for the first time in a hundred years.  It has pushed forth an unprecedented series of measures against the poor, against immigrants, against teachers, against gays/lesbians, against Muslims, against Africa-Americans, against the environment, and against students.  In other words, these measures hurt the overwhelming majority of North Carolina’s citizens.
The extreme legislature they have introduced just might guarantee such a galvanizing of support among all those turned off by their tactics that it could take just as long before they are in such power again.

Like the “Patriot Bill”, “Right to Work”, and other such misnomer measures, there is little here that is about real families, real faith, or real freedom.  These in fact go to restrict, rather than expand, freedoms.

The real problem with both the substance and the method of passing this bill is not that it’s anti-Democratic.   It’s that they are anti-democracy.    And to do so right before the 4th of July holiday, at an unannounced late-afternoon session with no public debate and discussion is simply vile, and beneath the level of what a robust democracy deserves.

The NC state legislature Republicans do not seem to know enough about Islam to tell it apart from terrorism.   Many of us remember the episode with Bushnell Presnell in which she rejected the idea of having a Muslim open the NC State Legislature in prayer because, in her words, “No, I don’t condone terrorism.”   In other words, she equated Islamic prayer with support for terrorism.

If these elected officials actually knew anything about Islam, they might be surprised to know that in medieval Islamic societies, abortion was an option available to women and permissible under Islamic law.   For modern debates, they could look here.   In both instances, they would find Islamic law being considerably more open to abortion to current Republican politics.

6)   The source of this anti-Shari’a legislation is a vehemently anti-Muslim, anti-African-American, anti-Jewish demagogue.

The legislation has been carefully worded to avoid mention of Islam or Muslims, but it is clear that it targets Muslims.     The proof is that the identical version of the law was initially proposed in Oklahoma, and there it named Shari’a as the banned “foreign law.”    Upon opposition, they renamed it to its more carefully (mis-)named version.

The North Carolina legislation is fully inline with similar legislation written by anti-democratic demagogues like David Yerushalmi, who have been featured in the New York Times as “the man behind the anti-Shari’a” movement.    The Southern Poverty Law Center identifies Yerushalmi as part of the “anti-Muslim inner circle.”

Yerushalmi practices what he refers to as “lawfare”, the practice of introducing legislation against American Muslims.

Yerushalmi’s views on Muslims are well-known:   “Muslim civilization is at war with Judeo-Christian civilization…The Muslim peoples, those committed to Islam as we know it today, are our enemies.”   In other words, this is a person committed to civilization warfare.   One wonders how states are utilizing his language as the basis for their legal code.

The Anti-Defamation League, an organization established to protect Jews against defamation a hundred years ago, identifies Yerushalmi as sponsoring “anti-Muslim, anti-immigrant and anti-black bigotry.”     Yerushalmi’s hatred extends his own co-religionists, as he attacks liberal Jews with almost as much vehemence as he attacks Muslims.   Here is his characterization of liberal Jews:   “[They ] destroy their host nations like a fatal parasite…One must admit readily that the radical liberal Jew is a fact of the West and a destructive one. Indeed, Jews in the main have turned their backs on the belief in G-d and His commandments as a book of laws for a particular and chosen people.”

So let’s connect the dots:  Yerushalmi hates Muslims, hates blacks, hates women, hates mass participation in democracy, and hates liberal Jews.   And this is whose legislation the Republicans are now sponsoring in North Carolina and a number of other states.

North Carolina is among the most rapidly changing states in the country.     The last twenty years have seen a massive influx of immigrants into North Carolina, primarily from Hispanic, East-Asian, and South Asian backgrounds.    Many regions of North Carolina are now richer because of this diversity, and many businesses ranging from medicine, computers, technology, restaurants,  construction and farms have benefited from these migrant populations.     North Carolina has been a leader in the New South, a place where people from around the country and around the world have been and have felt welcomed.    These legislations run opposite to that trend.    They portray North Carolina—or at least North Carolina’s legislators—as being bigoted, narrow-minded, provincial, and anti-diversity.   In short, they confirm many people’s prejudices about the worst of what they might associate with Southern racism and bigotry. We—the people of North Carolina—deserve better than what the General Assembly is giving us. If you want to see another face of North Carolina, look at the broad coalition of people showing up for Moral Monday demonstrations.  Let us hope that we—the people of North Carolina—rise up to remove them from their position and replace them with others who actually demonstrate care and concern for all North Carolinians, present and future. 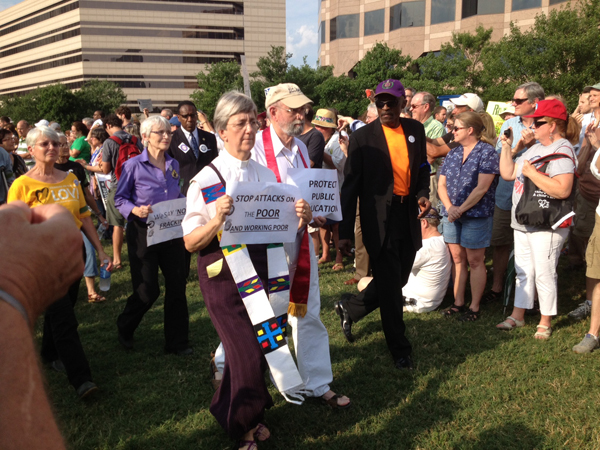 Two clergy members march against cuts to education during the seventh Moral Monday protest on June 17 in Raleigh, N.C. Photo by Anna Scott/WilmingtonFAVS.com