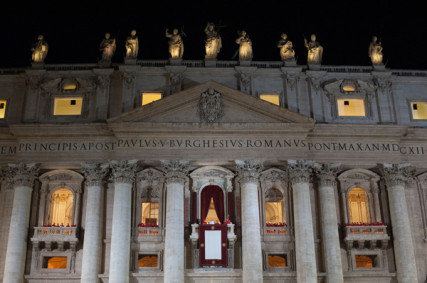 Vatican laws against money laundering, corruption and the financing of terrorism were updated to respond to the recommendations of the European financial transparency watchdog Moneyval. The Vatican submitted to Moneyval oversight as part of its bid to use the euro as its currency.

Under the new norms, which will go into effect on Sept. 1, the Vatican also abolished life imprisonment, substituting a maximum jail term of 30 to 35 years.

The overhaul has been long awaited: the Vatican still uses an 1889 Italian criminal code adopted after the creation of the Vatican State in 1929.

Under the new laws, the Vatican legal system will include specific penalties for crimes such as child prostitution, sexual violence against children and producing or possessing child pornography.

According to an article written by Archbishop Dominique Mamberti, the Vatican’s equivalent of a foreign minister, it would be “incorrect” to think that these crimes were previously unsanctioned. “These were indeed punished, but as broader, more generic forms of criminal activity,” he said.

Nevertheless, the Survivors Network of those Abused by Priests, a sex abuse victims group, blasted the new norms, saying they will “foster the false impression of reform and will lead to more complacency.”

In the wake of last year’s so-called Vatileaks scandal, the new Vatican laws specifically outlaw the leaking of confidential information or documents “concerning the fundamental interests or the diplomatic relations” of the Vatican, with a maximum penalty of eight years in prison.

Last year, Paolo Gabriele, former Pope Benedict XVI’s butler, was convicted for the theft of confidential documents, not for leaking them to the press.

The new norms come as the Vatican is embroiled in a series of financial and judicial scandals that mostly involve the activities of the scandal-ridden Vatican Bank.

Francis ordered a top-to-bottom investigation of the bank after a senior prelate, the Rev. Nunzio Scarano, was arrested on June 28 for trying to illicitly smuggle millions of euros into Italy.

The Rev. Davide Cito, a professor of Canon Law at Holy Cross University in Rome, said the new norms aim to bring the Vatican legal system “up to date with the modern world.”

According to Cito, under the new norms, prelates working for the Vatican who commit financial crimes – such as Scarano – could be prosecuted directly by the Vatican.