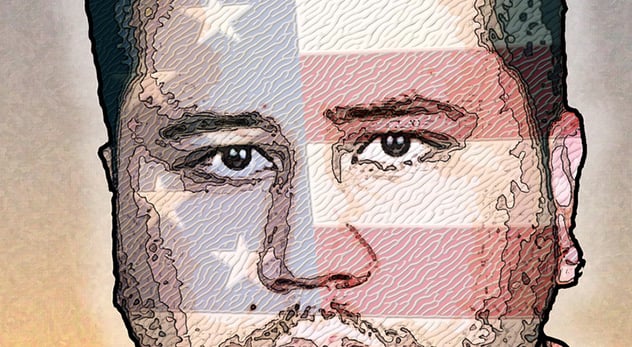 If the Zimmerman verdict has taught us anything, it is that racial tensions in America are as fierce as they’ve ever been.

This week, I published an interview with Leroy Barber, an African-American Christian leader, who called for Christians to “listen, learn, and lament” in the wake of the verdict. The article was relatively innocuous—certainly not inflammatory—but the comments were heated, often offensive, and largely indicative of what we’ve seen across the broader culture. In the hours following the jury’s decision, twitter exploded with polarized reactions and news commentators have fanned the flames.

African-American singer Toni Braxton tweeted that she was “embarrassed to be an American,” and a Florida Tea Party member responded, “Yo girl, you can’t take America’s justice system? Go be an African!” Athlete Roddy White tweeted, “All them [sic] jurors should go home tonight and kill themselves for letting a grown man get away with killing a kid.” Conservative rock-n-roller Ted Nugent wrote a blog calling Trayvon Martin, “a 17-year-old dope smoking, racist gangsta wannabe” and that Zimmerman should sue Martin’s parents for emotional suffering.

I guess all that talk about the election of President Barack Obama ushering in a “post-racial” reality was premature.

Personally, I’m conflicted about the verdict. I don’t know if George Zimmerman was a racist. I don’t know if he started the fight or threw the first punch. I don’t know if this was a simple matter of self-defense or if the killer was made out to be the victim in an egregious failure of the justice system. Like everyone else, I only know what Zimmerman claims. The other side of the story is dead.

What I do know is that American’s reactions prove yet again that we still have a lot of work to do when it comes to racial reconciliation.

To be sure, there are agitators and extremists on both sides of debates like this one. Some believe that anytime a person of color is the victim of a crime, race must be a factor. These are usually people who raise money and gain recognition by inserting themselves into such situations and generating media.

On the other side are those who believe that race is almost never at play. They say, as I have often heard that “racism is not really a problem today,” a comment that should probably be followed by the hashtag, #stuffwhitepeoplesay. When a controversy like the Zimmerman trial arises, this group parrots phrases like “race baiting” or “playing the race card” and other talking points given to them by their favorite news commentator or radio talk show host.

I find myself somewhere in between these two poles. I am not a chicken little who immediately assumes racial motivations, but neither am I an ostrich who believes that racism is in our nation’s rearview mirror. Racism is real, and it is still a problem in America. 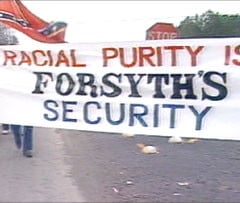 About 20 miles north of where I live in Forsyth County, Georgia, a sign once warned blacks not to be there after dark. Until the 1980s, people of color wouldn’t even drive into that county. Until 1987, not a single black person had lived there in 75 years. When Oprah Winfrey travelled there to tape a show, community members told her they didn’t want a mixed-race community and they were “afraid of black people.”

A breathtaking level of ignorance, discrimination and venom in America, and a mere 26 years ago.

Blatant racial injustices of this scale have undeniably decreased since the 1980s—more than 20,000 minority residents call Forsyth County “home” today—but they have not been entirely eliminated. As John Whitehead of the Rutherford Institute has shown, the problems are still vast and complex:

As a Christian, I’m especially troubled by racial injustice and tensions. Our faith calls us to a ministry of reconciliation, and yet Christians have often contributed to these divides instead of working to bridge them. I enumerated many of these in my book, A Faith of Our Own, in which I conclude:

Christians must recognize that for all the progress made on many fronts, the issue of race continues to plague us. We cannot have both liberation and domination, independence and exploitation, redemption and oppression, love and hatred. If ever the Christian community is going to move forward in dealing with their public witness, we must concurrently overcome our failings on race, past and present.

Christians have much at stake because we are a Gospel people. The central event in the Christian story is the execution of Jesus Christ, an event that shattered racial barriers and that empowers us to overcome them today. The Gospel has the power to unite disparate races under a common banner where they speak a common language and worship a common Father by proclaiming a common message. It is why the Apostle John wrote, “You were slain, and by your blood you ransomed people for God from every people” and why the Apostle Paul devoted an entire section of one of his epistles to addressing the matter of racism. It’s why we’re told to look forward to the day when “persons from every tribe and language and people and nation” can gather to sing a new song.

As pastor Tim Keller has pointed out, one reason Christians have become so indifferent to racism is the stubbornness of the human heart. “We never want to hear about what is wrong with us,” he says. We need ears to hear and eyes to see the realities of our world and the way in which the Gospel informs our response.

I’m a columnist and not a politician, so I don’t have a 12-point policy plan for repairing racial problems and resolving these tensions. I know we need to listen more and talk less. I know we need to seek to understand before seeking to be understood. I know we need to avoid divisive rhetoric and incendiary language. And I know that Christians specifically have no choice but to devote serious energy to addressing these problems.

Post-racial America is not yet a reality, but I believe it is possible. May we—both Americans in general and Christians specifically—redouble our efforts to work towards justice and reconciliation. While the pundits and politicians will continue to take advantage of this controversy, let’s instead have serious conversations about education, the criminal justice system, racial profiling, voting rights, and civil discourse. Let us press on toward the world we desire but have not yet achieved.

And let us do so together.