“It’s going to be tough,” said Rose Hamid of Charlotte. “But I do believe there is a chance.” 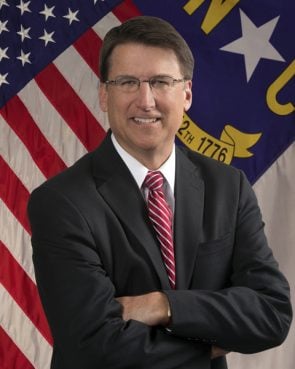 Muslims across North Carolina, with help from national organizations, are working feverishly to get Gov. Pat McCrory to veto legislation that protect its citizens from the application of “foreign law.” Photo courtesy the office of Gov. Pat McCrory

Muslims across the state oppose the bill they think is motivated by intolerance and may potentially infringe on other religious groups. Bills against judicial consideration of “foreign laws” are believed to really be opposing Shariah, or Islamic law.

If McCrory signs the bill, North Carolina would become the seventh state to have an anti-Shariah law, joining Arizona, Kansas, Louisiana, South Dakota, Oklahoma, and Tennessee. In May, Alabama lawmakers approved a like-minded constitutional amendment that state voters will consider in 2014.

“It’s a 50-50 shot,” said Corey Saylor, a spokesman for the Washington-based Council on American-Islamic Relations, which has sent out a national “action alert” urging Muslims to call and email McCrory to ask him to veto the law. “I’m hopeful that reason will prevail over bigotry and ignorance.”

Jibril Hough, a spokesman for the Islamic Center of Charlotte, said McCrory has met North Carolina Muslims and knows that such a bill inflames hostility against Muslims. The bill doesn’t specifically mention Shariah law, but it’s clearly aimed at the legal system based on Islamic teachings.

“He knows what Islam is about, and how this might hurt Muslims here,” said Hough, who said he was trying to get a meeting with McCrory about the bill.

“But he’s also a politician.”

McCrory’s office did not return calls.

In June, Missouri Gov. Jay Nixon vetoed an anti-Shariah bill adopted by his state’s Republican legislature, asserting that it would make it harder for Missouri families to adopt children from abroad.

According to Gavel to Gavel, a website that tracks state legislatures, South Carolina is the only state still in session that is considering an anti-Shariah bill, although that legislation is stuck in the committee stages.

Dozens of anti-Shariah law bills have been proposed in roughly 30 states in the last few years, and Muslim Americans expect many more bills in the years to come. “It’s not a trend that’s going away,” said Saylor. 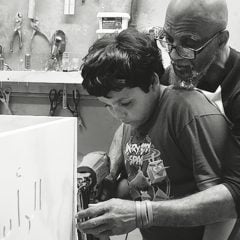 News
Six arrested in burglary of an Arkansas Buddhist temple, in what may be a nationwide spree
Follow us on Facebook!
Submit your photos to RNS