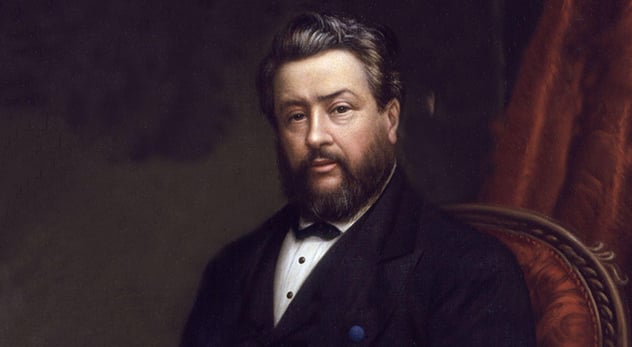 Charles H. Spurgeon has been called “the greatest of the Victorian preachers,” but the 19th century Brit is much more than an artifact. Modern conservative Christians maintain an enduring fascination with Spurgeon, whose writings still rank among the top 100 bestsellers of Christian literature on Amazon.

Most of the books, blogs, and articles written about the longtime pastor of London’s Metropolitan Tabernacle center on his evangelistic fervor and theology. But the most fascinating thing about Spurgeon may be his lesser known political views.

“Spurgeon was basically a left winger politically,” says Tom Nettles, professor of historical theology at The Southern Baptist Theological Seminary. “He was politically active, but some evangelicals may be surprised to find that he was usually on the side of liberal politics.”

Though Spurgeon supported Bible teaching in public schools, Nettles says, Spurgeon “loved the American idea of the separation of church and state.” He favored the disestablishment of the Anglican church from the British government and spoke about it often.

Spurgeon was also sensitive to the problems of the poor that arose as a result of the industrial revolution in the West. He favored the abolition of the elitist House of Lords that disempowered ordinary Brits, and he publicly support more liberal policies to address poverty.

“He was very active in preaching about certain social issues,” says Nettles, author of the forthcoming Living by Revealed Truth: The Life and Pastoral Theology of Charles Haddon Spurgeon. “Spurgeon preached in support of making government low-income housing projects more humane and encouraged Christians to vote for the governmental alleviation of poverty.”

But one of Spurgeon’s lesser known and more contentious political stances was his opposition to war. He believed that war was “an enormous crime” and “regarded all battles as but murder on a large scale.” Spurgeon said in his 1857 sermon “Independence of Christianity,”

Christ’s church hath been also miserably befooled; for this I will assert, and prove too, that the progress of the arms of a Christian nation is not the progress of Christianity…. The Christian soldier hath no gun and no sword, for he fighteth not with men. It is with “spiritual wickedness in high places” that he fights, and with other principalities and powers than with those that sit on thrones and hold sceptres in their hands.

“Spurgeon was anti-war,” says Nettles. “I don’t know if he actually rejected just war theory, but every time he talks about war, he speaks of it in the most negative, unattractive way. The only war he fully justified was the American Civil War because he believed so strongly in the cause of freeing slaves. It even caused some Southerners in America to boycott his books. I wouldn’t go so far as calling him a pacifist, but he would think the justification for war would be extremely rare.”

Bill Leonard, church history professor at Wake Forest Divinity School and author of Baptist Ways: A History, says Spurgeon’s views on foreign policy were formed as a response to a time in which his mother country ruled the world and was sending its soldiers to fight foreign wars. His situation, Leonard says, is not unlike ours.

Today, conservative Christians in America often find themselves among those who have a weaker view of the separation of church and state, favor individual responsibility over poverty alleviation by the government, and often support war. It’s not difficult to imagine that Spurgeon would have opposed the political positions of many conservative Christians today–for example, the Southern Baptist Convention’s 2003 resolution endorsing the Iraq War.

So how has this politically liberal preacher become a paragon among so many conservative Christians?

Nettles believes evangelicals’ fascination is, in part, due to Spurgeon’s commitment to gospel-centered preaching, belief in the inspiration of Scripture, and the sheer success of his ministry. Spurgeon averaged over 300 baptisms a year during his ministry and, in some ways, became Britain’s first mega-church pastor.

“Evangelicals love success—or what we think is success,” Nettles says. “Perhaps too much sometimes.”

When asked about Spurgeon’s contemporary appeal, Leonard points to his prolific writing—“Spurgeon didn’t have an unpublished thought and was the most prolifically published thinker of his time”—and the clarity and romanticism of his sermons, which almost always featured a heart-tugging story.

“Spurgeon represents the best in modified Calvinist preaching. He preaches as if everybody could be saved, but he affirms a Calvinist theology that leaves conversion to God,” Leonard says. “He talked like a Calvinist and acted like an Arminian. That’s what draws people back to him.”

Regardless of the reason conservative Christians revere Spurgeon, it remains that many have overlooked important aspects of his life and beliefs. Spurgeon was a theologian and evangelist, that’s true, but he was also an anti-war, anti-imperial poverty advocate. And in this, the “Prince of Preachers” offers us more than a sermon. He also reminds us that the relationship between theology and politics is more complex than we often assume.