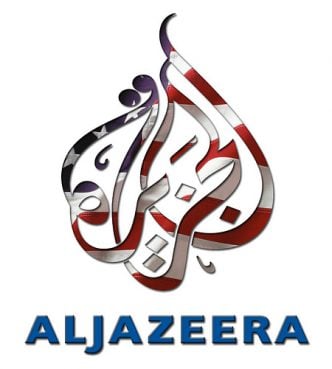 (RNS) Al-Jazeera and America, two name brands often at odds since 9/11, were wed as one on Tuesday (Aug. 20) when the Qatar-based media network began broadcasting its U.S. news channel Al-Jazeera America from New York.

This is not the first time Al-Jazeera has tried to find a home on American TV. Al-Jazeera English debuted with an international focus in 2006 but was never picked up in major media markets outside the Northeast.

From CNN to MSNBC to Fox, the leading cable and satellite news channels all struggled to gain and hold viewers, credibility and profit for years after their launch. But for Al-Jazeera America, deep-seated prejudices among some U.S. audiences are likely to make this uphill slog even steeper.

Some media commentators and Islam experts say Al-Jazeera’s first failure was fueled by fears that audiences and advertisers would not tune in to a news channel with an Arabic name based in the Middle East and backed by a foreign government.

Ibrahim Hooper, spokesman for the Council on American-Islamic Relations, said those fears were boosted by a “cottage industry of Muslim bashers in the U.S. that think any mention of Arabs or Muslims in a positive context is bad. They didn’t see what they were objecting to, but rather objected to something they didn’t like the idea of.”

This time around, Hooper is optimistic that more viewers will judge Al-Jazeera America on the content of its coverage rather than what he calls manufactured perceptions.

“I think Americans have become a bit more sophisticated in how we view things,” he said. “After the Boston bombings, we didn’t see the same knee-jerk anti-Islam reactions we’d seen previously.”

With some 800 journalists and staff and bureaus in 12 U.S. cities, Al-Jazeera America bills itself as a network committed to “rebalancing global media by respecting the diversity and humanity of the world” and “giving a voice to the voiceless.”

Although once ranked among Apple, Google, Ikea and Starbucks as one of the world’s most influential brands, many Americans still view Al-Jazeera with suspicion — in part because of  Al-Jazeera’s decision to air messages it received from Osama bin Laden after the 9/11 attacks.

The take-away for many viewers was that Al-Jazeera was nothing more than a mouthpiece for terrorists.

Some influential commentators continue to label Al-Jazeera anti-American or to imply the network is somehow a front for terrorism. For many Americans, perceptions of the network are tied up with negative feelings toward the Middle East, Arabs and Islam.

John Esposito, director of Georgetown University’s Center for Muslim-Christian Understanding and the author of several books on contemporary Islam, said Al-Jazeera America will have to deal with a segment of the population that is biased against Islam.

The Tampa-based Florida Family Association, which opposes what it perceives to be the “Islamization” of America, recently launched a campaign demanding major companies stop advertising on the channel.

Al-Jazeera America’s official Facebook page is also peppered with anti-Arab, anti-Muslim and anti-Middle Eastern sentiments. One commenter wrote: “Al-Jazeera is the propaganda arm of the Muslim Brotherhood. Remove this jihadist network from my channel lineup!”

Another commented: “You people funnel money to the Muslim Brotherhood. Get out of my country and stay in the Middle East where you belong!”

Esposito hopes Al-Jazeera America will do a better job than its network and cable rivals at presenting a more nuanced view of Muslims. According to Esposito, news coverage of Muslims in the context of religious extremism has grown exponentially since 9/11, while coverage of mainstream Islam has remained low.

Al-Jazeera America will need to provide greater context and background to world events, especially those unfolding in the Middle East, to rectify this imbalance, he said.

Much of the media coverage of Al-Jazeera America’s launch has focused on its format and strategy. The new channel is staffed by familiar faces from CNN, including anchors Soledad O’Brien, Tony Harris and Ali Velshi. It will air only six minutes of commercials per hour and will staff bureaus in traditionally under-covered cities including Detroit, New Orleans and Nashville, Tenn.

Six minutes of commercials per hour means either a deep commitment to the news or, more ominously, a lack of advertisers.

Bob Meyers, president of the National Press Foundation, thinks the network’s decision not to shy away from its recognizable brand to appease potentially xenophobic or suspicious American audiences is significant and symbolic.

“This is democracy and free enterprise at work,” he said. “If you don’t want to watch it, don’t watch it.”