Print publications across the board are struggling to find a financial formula to help them survive — or praying for a deep-pocketed savior to rescue them the way Amazon founder Jeff Bezos is doing with the Washington Post.

But religious publications, which once thought themselves relatively insulated from those pressures, are also starting to feel the pinch, and the latest evidence is a dire warning from the Christian literary magazine Books & Culture that it could shut down in 2014 if it doesn’t reach its $250,000 fundraising goal by Monday. 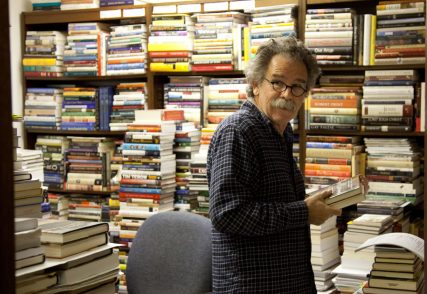 Since June, the bimonthly publication has been trying to raise that amount, which it says it needs to cover operating costs for 2014. On Wednesday, John Wilson, Books & Culture’s sole editor, tweeted that the next issue would be the last if he didn’t come up with the rest of the money, about $110,000.

“Anyone who has been following the publishing world at all in the last decade or more is aware of the tremendous pressures that there are,” Wilson said. “I feel hopeful, even thought the numbers are daunting. I think there’s a good chance we’ll be able to move forward.”

Books & Culture started in 1995 under the umbrella organization of Christianity Today, which publishes the magazine Billy Graham founded, as well as many other print and online media aimed at evangelicals — and the wider public.

Since it was started, Books & Culture has been hailed for showcasing high-quality essays by top-shelf writers, and for providing evidence that in fact there is a robust evangelical engagement with philosophy, the arts and other cultural and intellectual pursuits.

One year of six issues costs a new Books & Culture subscriber about $30.

In the past, Books & Culture, which has about 9,000 subscribers and costs about $550,000 to $570,000 to publish, has been able to sustain itself through advertising and subscriptions, along with nearly equal contributions from its parent organization and outside funders. Those funders include the Pew Charitable Trust, Baylor University and Indiana Wesleyan University. 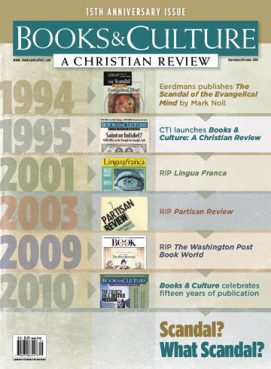 But Christianity Today has sustained serious financial setbacks in recent years. In 2009, it closed four publications and laid off about a quarter of its staff.

Over the course of Books & Culture’s 18-year lifespan, Christianity Today has contributed between $1 and $2 million to keep the magazine afloat, a subsidy the organization decided it could no longer afford. With about $11.4 million in revenue, Christianity Today ran a $1.2 million deficit in 2012, according to the Evangelical Council for Financial Accountability.

Now the publication is seeking help from the general public, and Christianity Today says this will be a long-term solution, not a stopgap on the way to an inevitable demise.

“Some will wonder, is this (fundraising appeal) going to be an every other month event? The answer is no,” said Harold Smith, Christianity Today’s president and CEO.

Smith said about a dozen Christian schools have pledged financial support to stabilize the magazine. “This is a unique situation. Right now we see this as a critical juncture. We cannot continue in a deficit situation.”

The 2010 September/October issue included a timeline of its cover that started with Noll’s “Scandal of the Evangelical Mind,” a book that drew wide notice for critiquing evangelicals’ alleged lack of intellectual curiosity and learning. The timeline also shows the death of nonreligious publications — and the survival of Books & Culture. “Scandal? What scandal?” the headline asks.

The optimism may have been premature, as religiously-oriented publications are faring no better than their secular counterparts.

Last week, Image, a journal about faith and art, launched an emergency campaign to raise funds after one of its vendors stopped paying them. Gregory Wolfe, editor of Image, says that the magazine has raised nearly $35,000 of its $25,000 appeal, which will likely cover the financial loss.

But he said the future will still be problematic if Christians do not take greater care to cultivate the life of the mind.

“I believe that the religious culture of North America is playing a role in the current financial challenges faced by serious Christian journals and magazines,” Wolfe said. “Christians in particular have always been lured by the siren song of pop culture.”

Image, a quarterly journal of about 4,000 subscribers, started in 1989 and is hosted — but not owned — by Seattle Pacific University. Journals like Books & Culture and Image, with their small subscriber bases, have struggled to find donors who aren’t sure they would be getting enough bang for their bucks.

“For one thing, pop culture is mass culture, and when Christians believe that the best form of evangelization is communicating a ‘message,’ then what better medium than a mass medium? Quantity matters — at least to this way of thinking,” he said.

“A further twist on this story is that Christian philanthropists—particularly successful business people—often equate mass popularity with cultural importance and value.”