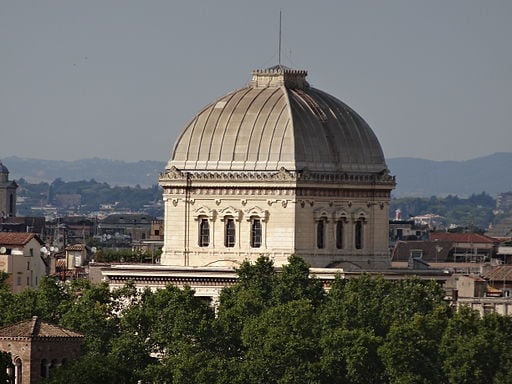 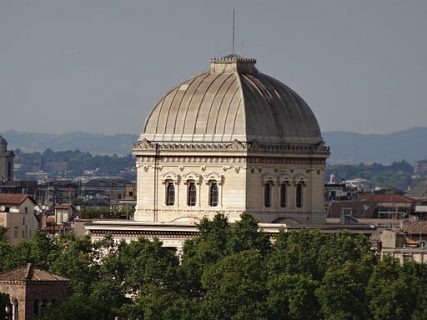 ROME (RNS) The ongoing controversy over the funeral of an unrepentant Nazi captain overshadowed Wednesday’s ceremonies commemorating the 70th anniversary of the deportation of more than 1,000 of the city’s Jews to concentration camps.

Luciano Camerino, 85, and Lello Di Segni, 87, were deported as teenagers. Only Camerino appeared at Wednesday's ceremony, where officials greeted him warmly at the conclusion.

But Erich Priebke, a former SS captain who died Friday in Rome at age 100 while serving a life sentence for his role in the massacre of 335 Italians in 1944,  overshadowed the proceedings.

Nearly every speaker mentioned him, though not by name, with Rabbi Riccardo Pacifici earning the loudest applause when he praised protesters who prevented Priebke's funeral outside of Rome.

"For this, we can be proud to be Romans," Pacifici said.

Priebke lived under house arrest in Rome for the last 15 years, and after his death churches in Rome were ordered not to conduct his funeral.

But late Tuesday, a breakaway group, the Catholic Society of St. Pius, best known as SSPX, said it would conduct a funeral in Albano Laziale, a town just outside of Rome. Members of St. Pius defended the decision, saying that a baptized Christian has the right to a funeral and burial "no matter what his sins."

The organization's low-key plans were abandoned after protesters kicked and rocked the car carrying Priebke's coffin and prevented it from reaching the church.

Priebke's remains are being held at a military airport near Rome until it can be determined where he will be buried. The city of Rome, Priebke's adopted home in Argentina and Hennigsdorf, Germany, the town of his birth, all refused his burial.

Related Posts
By Julia Lieblich, Luc Vachez
France’s ‘hip’ female rabbi draws Muslims, Christians and Jews in a time of crisis
By Jeffrey Salkin
What religion is Dylan now?
By Alejandra Molina
Who is Junipero Serra and why are California protesters toppling statues of this saint?
By Menachem Wecker
Pandemic forces Jews to be flexible on ritual circumcisions
By David Crary
Amid pandemic, scores of US Catholic schools face closure