(RNS) Muslims in Pakistan, Bangladesh and elsewhere went online to buy live cows and goats for the traditional Islamic Feast of Sacrifice, known as Eid al-Adha, because shopping on the Internet was easier than going to crowded street markets to buy the animals.

“The purchase of sacrificial animal (online) has gained popularity as it is found to be the most convenient way of buying an animal for the ceremonious day,” Pakistan’s The Nation newspaper reported Wednesday (Oct. 16).

Pakistani customers preferred using websites that show photographs of live cows and goats for sacrifice, instead of “the strain one has to take in going to the animal markets, spending countless exhausting hours, bargaining for the one you have finally chosen and then taking the trouble of loading the animal to bring it home,” the paper said.

Sacrificing an animal is a sacred obligation and some websites describe the farms where the animals were raised, what they were fed and the animals’ weight, age and health, The Nation said.

Websites ensure home delivery of a live animal, or just the meat after a traditional Islamic slaughter at various premises.

QurbaniOnline.com is one popular site.

In Bangladesh, women are “the main Internet shoppers” buying animals for sacrifice, according to Catholic, Italy-based AsiaNews, which interviewed Muslims in Bangladesh’s capital, Dhaka.

“I’m a businesswoman,” Shopna Ahmed told AsiaNews, “and in this period I’m very busy. Buying online not only saves me valuable time, but I avoid going to the market, where it is difficult for a woman to haggle over prices.”

The “most-used sites” in Bangladesh include Bikroy.com, which displays photos of animals for sacrifice alongside prices, AsiaNews said.

“We guarantee: No steroids, no urea, no tablets, no chemicals used in feeding. We ensured that no harmful chemical was used in feeding or taking care of the cattle,” said Parag’s Agro, which sells “premium cattle” for slaughter on Bikroy.com.

Muslims around the world slaughter an animal — a goat, sheep, cow or camel — to reflect the willingness of Prophet Ibrahim (or Abraham) to sacrifice his son for the sake of God. 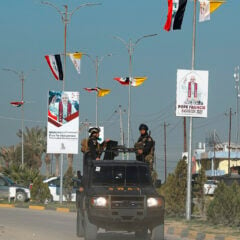