WASHINGTON (RNS) As a law extending workplace protection to gay, bisexual and transgender workers makes its way through the Senate this week, there’s a shift in the political air: Arguments that stand purely on religious grounds are no longer holding the same degree of political sway they once did.

Speaker of the House John Boehner speaking at the Values Voter Summit in Washington, DC. in 2011.

The rhetoric from Republican and conservative opponents of the Employment Non-Discrimination Act is moving away from the morality of the bedroom and into the business sphere. More politicians are fighting ENDA as a bad economic move, not as a break with the Bible.

ENDA would “increase frivolous litigation and cost American jobs, especially small business jobs,” Speaker John A. Boehner said in a statement released Monday (Nov. 4), which made clear the Senate bill is dead on arrival in the GOP-controlled House.

He echoed the views of Family Research Council President Tony Perkins, who said in a statement released Tuesday that “a new federal mandate on businesses based on sexuality” would “burden businesses in an already struggling economy.”

The FRC stands on a three-point argument that the law would establish unjust interference with private employers, become a liberty threat to religious employers and exemplify an attempt by the left to “legislate the morality of the sexual revolution.”

However, Peter Sprigg, senior fellow for policy studies at the FRC, acknowledged the new dynamic around homosexuality as Americans increasingly support gay marriage and protections for gay Americans.

“There are some people in the Republican Party who don’t want to be associated with social conservatives, particularly on issues on homosexuality,” Sprigg said. “The homosexual movement has been effective in stigmatizing people who make moral arguments as bigoted.”

Sprigg observed that only one of the seven Republicans who voted Monday to lift a GOP filibuster — Sen. Susan Collins of Maine — is up for re-election in 2014, and eight Republicans didn’t register votes at all. 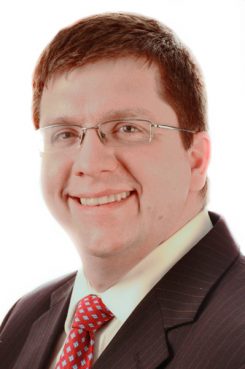 “It’s very disappointing that even those who would vote the right way are shying away from speaking out. There is fear in the heart of some politicians,” Sprigg said.

Eric Rassbach, deputy general counsel at the Becket Fund for Religious Liberty, said that for ENDA to  become law it would need to be amended with “robust protections to protect most religious employers, but it is hard to write anything that will avoid an avalanche of employment discrimination legal cases.”

The U.S. Conference of Catholic Bishops holds strongly to its opposition to ENDA but made clear that it nonetheless opposes “unjust discrimination” against gays and lesbians. ENDA is wrong, the bishops said, because it “rejects a biological basis for gender, equates sexual orientation with race, undermines marriage (and) threatens religious liberty.”

One of the clearest shifts in the decades-long debate over ENDA is that the loudest religious voices are now those who support the bill, not oppose it. A coalition of some 60 religious groups — ranging from Episcopalians to Reform Jews to the Islamic Society of North America — called ENDA a “measured, common sense solution that will ensure workers are judged on their merits, not on their personal characteristics like sexual orientation or gender identity.” 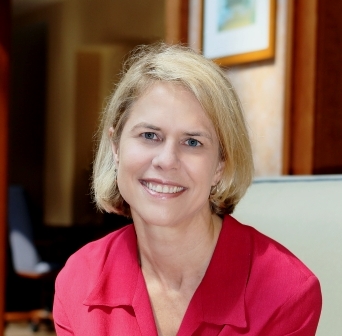 R. Marie Griffith, director of the Danforth Center on Religion & Politics at Washington University in St. Louis, said the shift is clear: “The religious case on this one issue is really dissolving.”

“Religion runs deep in our veins in American history. But religious views on this issue have shifted and you see growing tolerance for gay people. Younger conservative Christians have no problem (with their LGBT peers).”

The Rev. C. Welton Gaddy, president of the Washington-based Interfaith Alliance, says politicians today are like pastors concerned with drawing in and keeping their flock.

“If you are a pastor, nothing speaks to you like members joining or leaving. Most families today have a member of the family who is in the LGBT community. Pastors — and politicians — see they will have to ease off the heavily judgmental, denunciatory preaching and the pervasiveness of `Nos’ and get to some `Yeses.’ You need to get on this side of history. … Discrimination just doesn’t play well in America ”