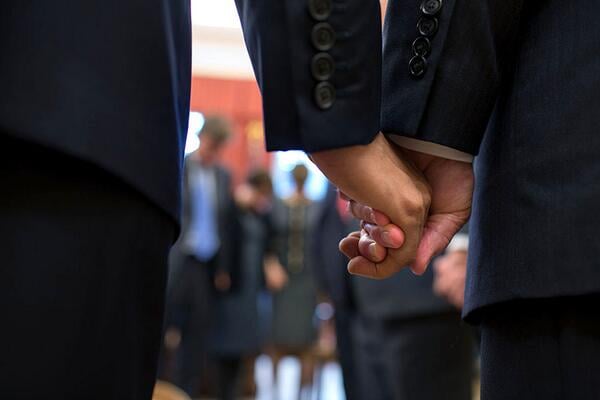 White House photographer Pete Souza posted a photo last night of President Obama and Vice President Joe Biden holding hands during a prayer at the end of a meeting on immigration.

As Speaker of the House John Boehner signaled there would be no immigration legislation by the end of the year, members of Obama’s administration met with leaders on Wednesday.

The closing prayer was led by Russell D. Moore, president of the Southern Baptist Convention’s Ethics & Religious Liberty Commission, one of the eight clergy invited to the Oval Office meeting. Moore’s prayer was extemporaneous so his spokeswoman said there is no text from the prayer available.