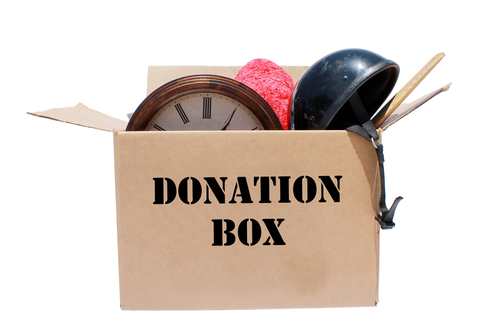 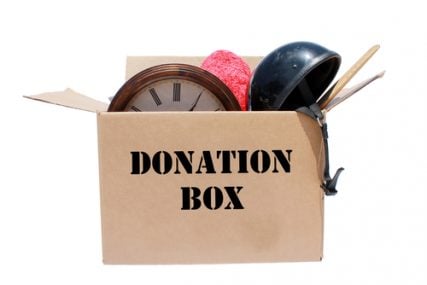 The proportional relationship between the number of magnets you own and your overall "stuff" is  just one of the revelations in this New York Times article from last year. Anthropologists have been studying middle-class American families for information about the impact that material culture has on their overall happiness. (FYI, "material culture" is basically a fancy academic way of saying "stuff.")

The anthropologists' nine-year UCLA project has morphed into the book Life at Home in the 21st Century:

It’s full of intriguing data points about the number of possessions the families owned (literally, thousands), much of it children’s toys. Women’s stress-hormone levels spiked when confronted with family clutter; the men’s, not so much. Finally, there was a direct relationship between the amount of magnets on refrigerators and the amount of stuff in a household.

Clutter, it seems, causes stress, especially in women. The book explores the toll that "stuff" can take on family relationships and individual happiness. What it does not discuss is a topic I am particularly interested in: how clutter corrodes our spirit.

I don't have any anthropological studies whatsoever to back up my claim about the spiritual problem of clutter. All I know is that I feel both less in control of my own life and less likely to allow God to take control if I have too much stuff. That sounds like a paradox and it probably is; however, my experience has shown me that clutter takes up so much energy that I don't have much left over for the spontaneity of life in the Holy Spirit.

I hear this from other people as well. Readers of Flunking Sainthood have told me that they liked the September practice of hospitality but they aren't yet in a place in their own lives where they can just open their homes to strangers. I understand. Sometimes the obstacle is that we don't have enough physical space for guests, but just as often it's because our lives are already so cluttered with objects and tasks that there's simply no room at the inn.

My husband likes to watch the show Hoarders, and while I don't generally watch it with him (what was it the researchers found about clutter hurting women more than it seems to hurt men?), I'm thrilled that prolonged exposure to the show seems to regularly inspire in him a deep and immediate desire to clean our house.

Also, I've seen enough episodes to know, in a train-wrecky way, how these hoarders have allowed their various collections to destroy their relationships. Granted, the people on the show are extreme cases, but it's exactly the radical nature of their excess that brings into relief the many ways I differ only by degree.

So over this last week, I've spent some time purging. I have to say it feels great to throw out old files I don't need anymore or to donate clothes my daughter has outgrown. I have a couple more boxes of books to take to the library, and I've passed along other books to friends I know would enjoy them. And yeah, I took almost all the magnets off our fridge.

It's spiritually freeing to shed these things. Our culture tries to tell us over and over again that having more things will give us more freedom, but the reverse is true. I'm reminded of something Kathleen Norris has written:

Things exercise a certain tyranny over us. Whenever I am checking bags at the airport, I recall St. Teresa of Avila’s wonderful prayer of praise, “Thank God for the things I do not own.” Things are truly baggage, our impedimenta, which must be maintained with work . . .

Impedimenta: the things that weigh us down. What will it take for us to slough some of it off?