(RNS) Pope Francis is creating a special commission to deal with the clergy sexual abuse crisis on a global scale, a step that comes amid growing criticism that Francis had not given sufficient attention to the scandal. 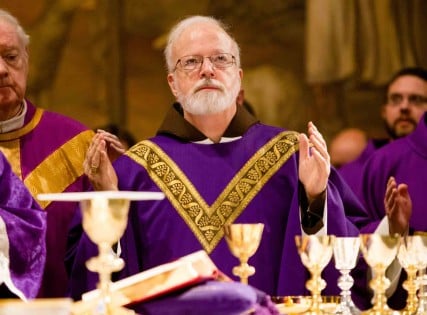 Boston Cardinal Sean O’Malley made the announcement on Thursday (Dec. 5) in the Vatican where he was meeting this week with Francis and the other members of the so-called “Gang of Eight” cardinals that the pope chose to help him reform the Roman Curia.

O’Malley, who is the U.S. bishop with perhaps the most credibility on the abuse issue, listed a range of programmatic ideas for the commission, whose members are expected to include lay people, mental health professionals and other experts in the field as well as leading churchmen.

But O’Malley acknowledged that Catholics were most keen to hear how and whether the pope and the new commission would tackle the question of disciplining bishops who have shielded abusive priests.

“Quite frankly that’s something that the church needs to address,” O’Malley said, noting that he wasn’t sure whether the commission, the Congregation for Bishops or the Congregation for the Doctrine of the Faith — the Vatican department that has been handling most abuse cases — would take the lead on rogue bishops.

Several current cases in the U.S. have rekindled anger over the abuse crisis: last year in Missouri, Bishop Robert Finn was convicted in court of failing to report an abusive priest to authorities, and in Minnesota it was recently revealed that Archbishop John Nienstedt did not report priests suspected of abuse to authorities. Archbishop John Myers of Newark, N.J., has faced similar criticism for his handling of abusers. All three men are outspoken conservatives, and all three remain in office.

Soon after Francis’ election in March, seven in 10 U.S. Catholics told the Pew Research Center that addressing the abuse crisis should be his top priority.

But even as the pope has been working behind the scenes to create new policies to fight abuse — as well as tackling myriad other challenges — he has faced increasing criticism for not speaking out as strongly or acting as pastorally on this topic as he has on other issues.

Victims advocates in the U.S. said Thursday that this latest action was not nearly enough to address their concerns.

“Another commission surveying bishops and recommending policies is meaningless. It’s like offering a band aid to an advanced cancer patient,” said David Clohessy, director of SNAP, the Survivors Network of those Abused by Priests. “Only decisive action helps, not more studies and committees and promises.”

Anne Barrett Doyle of BishopAccountability.org “cautiously” welcomed the announcement but also feared it will be largely “toothless and off-target” because it does not provide a clear avenue for firing bishops.

The Vatican statement on the new commission set out a number of tasks for the group, many of which focused on trying to bring some uniformity to policies and approaches — or the lack thereof — that vary enormously from country to country.

While much of the focus on the abuse scandal has been centered in the U.S., the American bishops have also instituted better policies and safeguards than other countries, and those efforts could serve as something of a template for the commission’s work.

The commission’s to-do list will include: setting standards on reporting crimes to civil authorities; screening candidates for the priesthood and ministry; educating church workers about abuse and establishing rules for dealing with allegations; pastoral care for victims and their families; communicating news of abuse to the community; and the “supervision and rehabilitation of clergy guilty of abuse.”

But O’Malley told reporters that a central goal of the commission would be to expand the Vatican’s role beyond one of judging cases and setting rules to including pastoral efforts as well.

“Up to now, there’s been so much focus on the judicial parts of this. But the pastoral response of the church is very, very important, and the Holy Father is concerned about that,” O’Malley said.

“And so we feel as though having the advantage of a commission of experts that would be able to study some of these issues and bring concrete recommendations for the Holy Father and the Holy See will be very important,” he said.

The Vatican said that the pope would soon issue a document naming the members of the commission and specifying its duties.