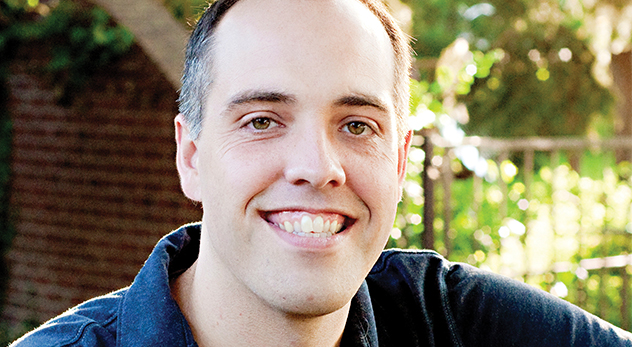 Matt Mikalatos has a weird résumé. From working at a comic book store post-college to working with students in the underground church in Asia, Matt’s real-world experience is as varied as the book titles he writes: The Sword of Six Worlds and Night of the Living Dead Christian to name two. From his home in Washington, Mikalatos  talks about writing both spiritual fiction and non-fiction, and how he discovered that his view of Jesus was as imaginary as the fiction stories he loves to write.

RNS: In your book you say it was shocking when you discovered how much you and Jesus had in common – you shared the same likes, dislikes, beliefs and opinions. In essence, you created your view of Jesus in your own image. This is not uncommon – what does it take for an individual to realize that we’ve projected our own opinions and beliefs on who we think Jesus to be? Why does this happen?

MM: As we grow in spiritual maturity, most of us hit a spot where we think, “I’ve got Jesus figured out.” We know all the stories, we pray, we’ve read the commentaries and we think we’ve got a full picture of him. But scripture tells us that “When he appears we will be like him, for we shall see him as he is” (I John 3). Which argues for the fact that today, although we can know an enormous amount about Jesus, we don’t know everything. None of us do. He’s an infinite being, and the enormous amount we know may well be a small drop in the ocean of who he is.

So, the realization should be that every single one of us is, to some extent, projecting our own beliefs onto Jesus or moving forward with limited knowledge or misunderstandings of Jesus.

RNS: What does it take to remedy that perspective?

MM: The ultimate answer to that, I believe, is that the work of eternity will be growing in knowledge and intimacy with Christ, and that this is something we will do joyfully as we grow toward eternity future.

In the meantime, for all of us time-bound humans, there are a variety of ways that we get to know Jesus, and honestly it’s not that different than how I would get to know any other person. If I want to get to know Brad Pitt, for instance, I could spend time with him personally, I could read his biography, I could look at Brad’s work in film, I could talk with other people who have known and experienced Brad. Getting to know Jesus (not to compare him to Brad Pitt or anything) is ultimately similar. I can spend time with Jesus directly through prayer and interaction with the Holy Spirit, I can read his autobiography (the Bible, of course, which is the authorized biography), I can look at God’s creation to get insight into his character, and I can spend time with others who know him well, the community of faith, and compare my thoughts and ideas and experiences and observations with theirs.

RNS: You have a background in literature and story … how has this impacted your non-fiction work?

Here’s a metaphor I like. Think of your reader and their beliefs, ideas and life as a walled city. Ultimately, you want your work to impact the city, to change what’s happening behind that wall. Non-fiction is like a battering ram. You set it up outside the gate and you start dismantling your reader’s defenses with the truths you set before them, by defending your points, by taking the reader to a place that they must agree with you because of your logic and truthful statements. Story is more like the Trojan Horse. You wheel this gift into the city, then leave it inside the walls to do its work. You may not make an argument at all with story, you may just try to delight your reader and say, “This is how the world is,” and hope that the story stays with them. Non-fiction is more precise in its arguments, story has more potential to dig into unexpected places and make changes that even the author didn’t intend. So, with my spiritual books especially (My Imaginary Jesus and Night of the Living Dead Christian), I’ve tried to use tools from both non-fiction and fiction, to engage the intellect as well as the heart.

RNS: How did you come to write a work of fiction like The Sword of Six Worlds? Do you see it as a natural extension or a welcome diversion?

MM: The Sword of Six Worlds came about largely because my daughters didn’t like C.S. Lewis’s Narnia books enough. I wanted the kids to fall in love with Narnia, but they found the style and language difficult sometimes. I probably introduced them to the books too early. In any case, I wanted to write something that I knew that they would love, a fantasy novel that would take them somewhere beautiful but deal with spiritual themes. So I wrote them the story of a girl named Validus Smith who sets out to save the world, and along the way grows in her understanding of courage, bravery and how to show compassion to your enemies.

I hope it’s a natural extension to my work. I’d like to alternate between fiction and non-fiction books forever. I love doing both.

RNS: What are you working on now?

MM: I’ve got a book out in the wild that’s about to release. It is a non-fiction book called The First Time We Saw Him: Awakening to the Wonder of Jesus that takes a series of stories about Jesus or ones that were told by Jesus and translates them into the modern day. It’s a really fun book that messes with this line between fiction and non-fiction in a way that entertains me a lot, and has challenged me in my own spiritual walk.