Do you have a question about life, love, or faith? Submit it online, fill out the form below or email it to [email protected].

I am seeking to find out about the Holy Spirit. I would love to live my life as a server and true child of God, but I live for the world at the moment. I can’t seem to hand my life fully over to the spirit world. I would so love to be able to hear the Holy Spirit and walk every move by his voice. How do I do it!? 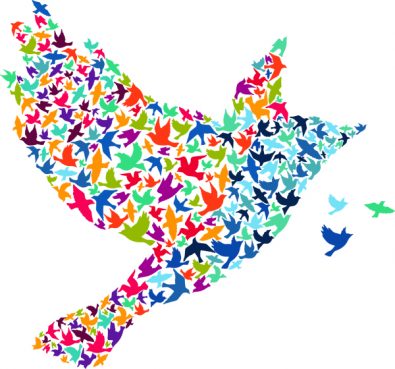 More or less the same argument about prayer keeps showing up on my Facebook feed. It goes something like this:

Person A declares that he or she is praying for a part of the world that has endured a disaster, such as a hurricane, an explosion, or a flood. Person B then demands to know why Person A is engaging in something as useless as prayer when he or she could be taking action by donating money, by advocating for change, or by volunteering.

At this point, the feed typically degenerates into mutual recrimination. Pretty soon, sarcasm and sanctimony show up, those two great enemies of empathy, and they start doing their best to make genuine listening impossible. Thus, while everyone involved comes away from Facebook feeling some combination of anger, hurt, and smugness, no one comes away having learned much about themselves or about one another. And, as or more problematically, no one comes away feels especially inspired or energized to help those hurt by the disaster which precipitated the conversation to begin with.

One of the big things that is almost always missing from this argument — one of things that could well rescue it from being a shouting match and turn it into a mutually generative conversation — is someone offering up the possibility that prayer might sometimes be active in nature. What if, as an imam I heard a few years back put it, when we do something that helps another we are engaging in an act of prayer? What if, therefore, someone might say, “I am praying for the people affected by the disaster,” and part of what he or she might mean could include, “I just made a donation.”

I bring up that online argument, STS, because I’m concerned that you are at risk of making the very same omission upon which it is predicated, of assuming that the Spirit is divorced from plain old worldly action. To put that thought another way, while I’m not positive what you mean when you contrast the “world” with the “spirit world,” I’m worried that you may not be allowing room for the possibility of finding the Spirit in the everydayness of neighbor and of neighborhood.

When I think of the people in my life who know God really well, I see a number of common characteristics. One of the biggest of these unifying characteristics is their deep generosity. Such people are generous not just with their possessions but also with their time. To choose but one example, I only met Ted Scott, the late Primate of the Anglican Church of Canada, once. But that single meeting was enough for me to agree with something that so many others said: when you talked with Scott, you had the impression that he thought that that you were the most important person in the room. He paid such close attention to you. He paid such close attention to the world.

People really listening to the Spirit understand that the holy is not segregated from where we live, that prayer is not something done exclusively by mystics on mountaintops, that one of the big promises of Jesus becoming a human being is that there is not a subdivision between the world and the spirit world. Rather, they get that the Spirit is here right now in this broken creation. Yes, such people do make time for what we popularly think of as prayer — for deliberate, regular, quiet conversation with God. But they also understand, to paraphrase the celebrated words of Thich Nhat Hanh, the essentially miraculous nature of simply walking the earth. They understand that there is holiness in action.

How do you become like one of those people, STS? Well, there’s a clue in your letter: it’s the word “service.” Go find an opportunity to serve. Volunteer at a hospice, at a summer camp, at a feeding ministry, at a not for profit which works for justice, at somewhere else where you can joyously give and, thereby, where you can move your focus away from yourself for a while. There, be open to the unexpected things and places and people who will prove to be your teachers.

Go forth into the world, STS. It is in the world, maybe in the very last place that you expect, that you will find the Spirit.

News
In Oregon, churches and anti-fascists unite to provide mutual aid to fire evacuees and others in need
Beliefs
Four young people of different faiths move into a home together, then a pandemic happens
Opinion
Warning: Your piety might be dangerous to your health
News
‘Border Church’ and ‘Border Mosque’ team up for prayer service
News
Christians urge California governor to veto bill for abortion pill access at colleges
© Copyright 2020, Religion News Service. All rights reserved. Use of and/or registration on any portion of this site constitutes acceptance of our User Agreement and Privacy Policy, Privacy Statement and Cookie Notice. The material on this site may not be reproduced, distributed, transmitted, cached or otherwise used, except with the prior written permission of Religion News Service.