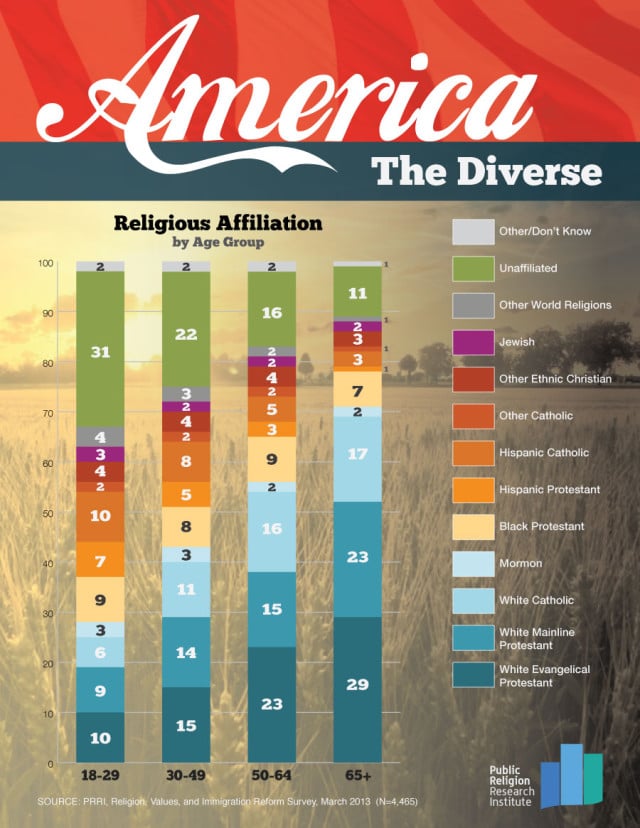 Religion in America by Generation

That’s pretty much the message of this week’s graphic from the Public Religion Research Institute. What you’re looking at is the current religious layout by adult generations.

All other groups more or less hold their proportional positions except for Latino Catholics and Protestants, who go from six percent of the over-65’s to 17 percent of the 18-29’s.

There are some important political implications here. White evangelicals vote roughly 3-1 Republican, while Nones vote roughly 3-1 Democratic. And by generational cohort, the percentage of white evangelicals is inversely proportional to the percentage of Nones in the population. Assuming that generational political identification doesn’t change, the Nones will in due course have the throw-weight for the Democrats that the evangelicals have had for the Republicans over the past generation.

In other words, a generational freight train is bearing down on the GOP.