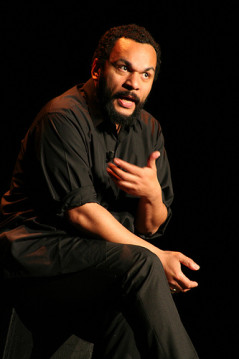 Anti-Semitic incidents in Britain are at a nine-year low. Maybe that’s because Britain stops anti-Semites from entering the country. French comedian Dieudonné, who has been convicted for hate speech against Jews in France, was barred from entering Britain after France banned him from taking the stage in Nantes.

“To preemptively ban Dieudonné and other haters from entering Britain or speaking out reinforces divisiveness. It turns them into free speech martyrs. It suppresses the expression of harmful and hateful views held by some members of society, allowing them go unexamined and unchecked.”

British broadcaster Kenan Malik had my back: “the fact that he is a bigot does not mean all his supporters are, nor that he should be banned.” So did Guardian columnist Simon Jenkins: “Our banning of Dieudonné shows that the UK has grown feeble. A robust society should be able to handle the stresses of pluralism.”

French Jews are calling on YouTube to remove a video that celebrates the quenelle, Dieudonné’s signature reverse-Nazi hand gesture. No response yet from Google, which owns the video sharing platform. In similar news, the Anti-Defamation League wants Facebook to take down a seldom-used anti-Semitic page titled “Jewish Ritual Murder.”

Fed up with anti-Semitism and worried about their future, record numbers of French Jews are migrating to Israel. Can’t say I blame them, but I’m sure not all French people are anti-Semitic, as this sensational Newsweek headline might imply. 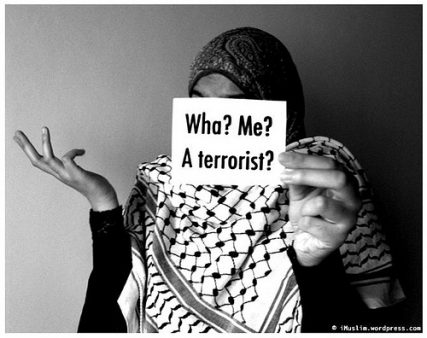 Wha? Me? A terrorist?

A British member of the European Parliament wants Muslims to sign a charter rejecting violence, the presumptiveness of which annoys me for several reasons.  The MEP is a member of the U.K. Independence Party, a far-right group that few locals respect. Even UKIP’s leader distanced himself from the charter, proposed by an MEP who also called for bans on new European mosques and halal slaughter. Spot a trend?

Britain has ordered the president of the Church of Jesus Christ of Latter-day Saints to appear before a judge in England on charges that the church’s teachings are false and financially motivated. Legal experts say it’s unlikely that Thomas S. Monson will be extradited.

The United Nations and the Vatican are having a Jerry Springer moment. A U.N. panel blasted the Vatican for “systematically adopting policies that allowed priests to rape and molest thousands of young people over a span of decades.” The Vatican slammed the U.N. report for “interfering with church teachings.” Steve the bouncer was summoned before hair pulling and eye gouging ensued.

A funny fellow down under who resembles a whitewashed messiah is stirring up controversy with his Come Heckle Christ show at the Adelaide Fringe comedy festival. The Catholic Church and Islamic Society of South Australia called for next weekend’s show to be canceled, so far to no avail.

If you thought being an atheist in the Bible Belt was hard, look what freethinkers in Iraq have to put up with.

An Indian court has declared that Christians who marry must wait at least a year to file for divorce, bringing followers of the faith in line with restrictions on Hindus and Zoroastrians in the country.

In neighboring Pakistan, the (poor) mental condition of a Brit sentenced to death for blasphemy will be taken into consideration. How generous. Ahmadi spokesperson Qasim Rashid says blasphemy charges in Pakistan and other countries pervert Islam’s teachings. Worth a read.

In the U.S., President Obama used his speech at the National Prayer Breakfast to address international religious freedom concerns. His subtle nod to gays and atheists didn’t go unnoticed. Here’s my rapid-fire analysis of what he said and what it meant.

Bill Nye (the science guy) debated Ken Ham (the creationism fan) at the Creation Museum in Kentucky. Jana Riess caught some zingers from the fourth row, not to mention a nice dino pic.

In school news, New York’s Mayor Bill de Blasio is moving forward with plans to close public schools on Muslim holidays. Hindu kids who have to sit through algebra lessons on Diwali no doubt feel slighted.

A Catholic school teacher was fired for getting pregnant out of wedlock. She didn’t even try to plead immaculate conception.

One state’s gay marriage debate took a twist with news that Oregonians will likely vote later this year on whether to allow same-sex marriages AND whether businesses can opt out of servicing them. Cathy Lynn Grossman asks whether such “conscientious objection” is religious freedom, discrimination or both.

In Florida, a judge ruled that Orlando can knock down a church to build a Major League Soccer stadium, saying the latter “serves a legitimate public purpose.” I could be wrong, but I’m pretty sure Floridians are more into Christ than soccer.

On that note, I’ll let you get back to watching the Sochi trainwreck. Merry Olympics!