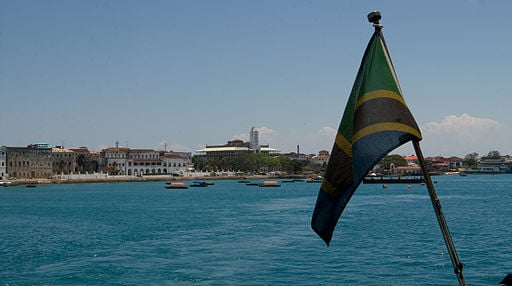 A view of Stone Town, Zanzibar with the Zanzibar flag in the foreground.
February 26, 2014
Fredrick Nzwili

A view of Stone Town, Zanzibar, with the Zanzibar flag in the foreground

No one was hurt, but one day earlier, four people were injured in another explosion, targeting an Assemblies of God church.

The attacks are blamed on the secessionist Uamsho, a religious group pressing for the full autonomy of the archipelago.  Uamsho, which means "awakening" in Swahili, is also known as the Association for Islamic Mobilization and Propagation.

With the increasing attacks, church leaders say they believe the assailants want to frighten non-Muslims to leave.

The semiautonomous archipelago off the coast of Tanzania is mostly Muslim, and assailants have targeted churches, burning some and killing or severely injuring Christian clerics.

“This is not the first time churches have been targeted,” said Hafidh. “I think the attackers are people who do not want us here.”