WASHINGTON (RNS) Secretary of State John Kerry brought his argument for a two-state Israeli-Palestinian peace to the annual AIPAC conference this week, and whatever else we might know, we know this: Many evangelical Christians didn’t like it.

Or at least that’s what we’re told by some Christian leaders and their political allies. Supporting Israel’s government by opposing compromise with the Palestinians is a permanent plank in American evangelical political thought. “God told Abraham that he would bless those who bless him and the nation of Israel,” the thinking goes, “and curse those that curse Israel.”

But could it be that the truth is more complicated?

What if the loudest evangelical voices don’t represent the complexity of our community? I raise these questions as an evangelical who is fully committed to supporting the struggle for security, dignity and freedom for Israelis and Palestinians. And I’m not alone.

A growing number of Americans are beginning to ask some very important questions about U.S. involvement in the Middle East. We understand that by virtue of our citizenship and our government’s decisions, our opinions matter. As an evangelical Christian, I believe that by virtue of my faith, I may not walk away. It’s not a question of whether I’m involved, but how.

How can I act on the values I hold as a follower of Jesus?

How do I best serve the residents of the Holy Land?

How do I act in ways that encourage mutual flourishing of Israelis and Palestinians alike?

How do I heed the words of the prophet Micah, who told us to do justice and love mercy?

And what do Jesus’ words about peacemaking mean in this context?

Peace advocates are frequently told that we’re “naive,” particularly if we seek reconciliation in the Middle East. But I would suggest, on the contrary, that we’re the realists. It’s the purest idealism to continue to behave as if the Israeli-Palestinian status quo is sustainable, and dangerously naive to believe that Israel will remain both Jewish and democratic if Palestinians aren’t allowed to control their own destiny.

The current state of affairs, in which millions of Palestinians live and labor under Israeli military control, is a tragedy for Palestinians, but it is also a clear and present danger for Israel. The status quo is, in fact, one of the greatest threats facing Israel’s security today.

My Christian faith teaches me that we all are made in the image of a God who loves us. And as a follower of Jesus, I feel compelled to be an agent of a peaceable kingdom built on love, justice, mercy and mutual human flourishing. I am utterly convinced that Israelis and Palestinians will never achieve the peace, security and freedom they both desire without recognizing that their own aspirations can never be achieved at the expense of the other.

As people of faith, we are united by a mandate to serve the common good and bound by a non-negotiable commandment to love all people equally: Jews, Muslims, Christians, nonbelievers. I’ve come to believe that the truly biblical position in the Israeli-Palestinian conflict is the one that engages in the gritty work of peacemaking.

Evangelicals who want what’s best for Israel need to reconsider the narrative that some in our community would have us believe. Our role cannot be one that dismisses solutions and supports the perpetuation of war and conflict; it has to be one that helps create a new discourse, firmly rooted in the values of freedom, security and dignity for all God’s children. Regardless of your politics, that means promoting the fundamental rights of Palestinians, too.

As recent days have shown, many places across the Middle East and around the world are in turmoil — but the Holy Land is akin to a pinched nerve. The Israeli-Palestinian conflict is connected to and exacerbates so much instability across the globe that American policy and actions in the region ripple out in all directions.

The choices and difficult compromises involved in the search for a just peace are not in our hands; all we can do is try to expand the knowledge base of those involved in the process. By engaging with those with whom we disagree and learning more about all sides’ needs and histories, we create an atmosphere in which the stakeholders can make better-informed decisions. 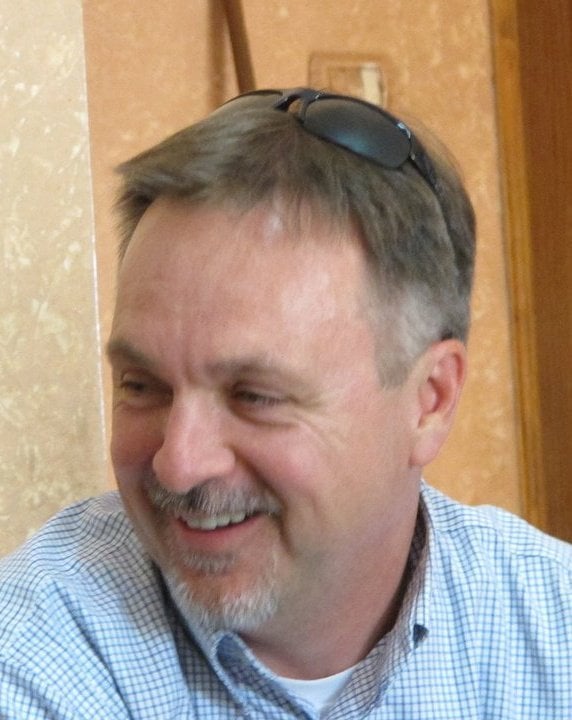 Todd Deatherage is the executive director and co-founder of the Telos Group, a community of Americans who care deeply about the Holy Land and believe in the dignity and equality of all — Israelis and Palestinians, Muslims, Christians and Jews. Photo courtesy of the Telos Group

I will cooperate with anyone who is determined to see a just resolution of this decades-old conflict, whether that person is a believer, nonbeliever, Israeli, Palestinian, Muslim, Christian, Jew, liberal Democrat or conservative Republican. Our goal is a simple one: to win over growing numbers of Americans of faith to know and care about both Israelis and Palestinians, and to work to ensure the dignity, freedom and security of every human being in the Holy Land.

I will continue to listen closely to Secretary Kerry and to my fellow evangelicals, and will take note of whose work best supports all who live in the Holy Land. Those are the leaders who will get my support — as a Christian, and as an American.

(Todd Deatherage is the executive director and co-founder of the Telos Group, a community of Americans who care deeply about the Holy Land and believe in the dignity and equality of all —  Israelis and Palestinians, Muslims, Christians and Jews.)