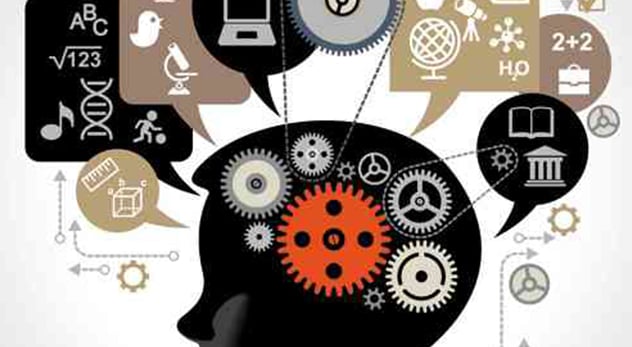 Growing up evangelical, I always assumed that our movement had at least one thing going for it: consistency. Unlike "secular culture" who lived according to their whims and proclivities, evangelicals had an objective moral guide in the Bible. This presumption was reinforced among many through a phrase parroted in Sunday School classes across America: "The Bible says it, I believe it, that settles it." (More liberal Christians were only slightly better, I assumed, but still needed to be condemned for obeying only the palatable parts of the Bible, and discarding the rest.)

But according to Molly Worthen, history professor at University of North Carolina, evangelicals have never consistently adhered to a single source of authority. In her book "Apostles of Reason: The Crisis of Authority in American Evangelicalism," she surveys the movement over more than 50 years to show that evangelicals "have never had a single authority to guide them...or settle the troublesome question of what the Bible actually means." Here, Worthen discusses the provocative arguments she's making and why they matter.

RNS: You say evangelical Christianity is a paradox. What do you mean?

MW: All human beings have inconsistent opinions and instincts, but evangelicals are more paradoxical than most. Ever since the Reformation, their community has been radically individualist, yet preoccupied with the boundaries of community and family. They criticize the hubris of secular scientists and historians who challenge the claims of the Bible, and call on believers to trust their personal relationship with God--yet many claim that theirs is the most "reasonable faith," and eagerly seek scientific evidence that the Bible is true.

RNS: You claim that evangelicals have never had a single authority guiding them, but many within the movement would contest that the Bible is their single authority. How do you respond?

MW: If the Bible were truly evangelicals' single authority, there wouldn't be thousands of different evangelical denominations around the world, each with its own ideas about proper doctrine and worship. Clearly, there are other forces that determine each evangelical's interpretation of scripture.

Ever since evangelicals threw off the authority of Rome and distanced themselves from the ruling powers of Europe's established state churches (even if they often joined those churches), they have been torn by the desire to obey conflicting authorities. These are: personal spiritual experience; Enlightenment reason and the demands of the secular public sphere; and a traditional or "literal" interpretation of the Bible.

This struggle to balance competing authorities is far more acute among evangelicals than among, for example, Catholics (who take the command of the pope very seriously, even if they sometimes disagree with him) or liberal mainline Protestants (who are, by and large, willing to let the goddess of Reason rule over the Bible, or rule serenely in her own separate sphere). Around the turn of the 20th century, this balancing act collapsed into nothing less than an intellectual civil war among evangelicals--a war of ideas that spilled over into politics. 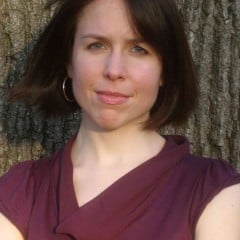 Molly Worthen is a historian of American religion who teaches at University of North Carolina, Chapel Hill. She holds a PhD Yale University. - Image courtesy of Molly Worthen.

RNS: You cite Alan Wolfe, who said, “Of all America’s religious traditions, evangelical Protestantism, at least in its 20th-century conservative forms, has ranked dead last in intellectual stature.”  Say more.

MW: American evangelicals have a reputation for being "anti-intellectual" because they refuse to play by the rules of mainstream academia. Secular intellectual life is not a free for all. It requires participants to obey the rules of Enlightenment reason and the scientific method. It does not admit supernatural evidence or authority: you must make your arguments by relying on data that is universally accessible to all.

Evangelicals, by contrast, defend their beliefs by twisting scientific evidence to affirm authorities that are often incompatible with science, namely their reading of the Bible, or personal religious experience. Secular observers caricature evangelicalism as an "authoritarian" community because they imagine believers as zombies following every command of their pastor. The reality is just the opposite: it's a crisis of authority, not authoritarian mind-control, that sabotages evangelical intellectual life.

RNS: I've written about how evangelicalism has become a political force, but you argue that the rise of the Christian Right should not be understood in purely political terms. How do you explain the emergence of that powerful religious and political faction?

MW: The social and political battles that we call the "culture wars" are, at root, a debate over whether and how the Bible should rule in Americans' public and private lives. Evangelicals have never had one single answer to that question. This is an incredibly diverse community ranging from pacifist Mennonites to tongues-speaking Pentecostals, and "evangelicalism" is not synonymous with the "Christian Right." The political ascendancy of the Christian Right reflects the victory of one intellectual tradition over others--because it offered the most appealing strategy for fighting back against the threats of modernity, and because its leaders were gifted communicators and institution-builders.

I'm talking about the circle of thinkers and evangelists associated with Billy Graham and Francis Schaeffer who sought to repair the intellectual reputation of conservative Protestantism in the years after World War II. They shared a common background in the Reformed theological tradition descended from John Calvin in his colleagues. They came of age at the same educational institutions, during the same fights between fundamentalists and modernists. Most importantly, they all embraced a Reformed understanding of the doctrine of biblical inerrancy: a hyper-rationalistic theory that urges Christians to read the Bible just as they would a science textbook.

Their version of inerrancy seemed to refute secular scientists on their own terms by claiming that the Bible was a perfect source of scientific truth. Their slogan of the "Christian worldview" convinced many evangelicals to take their theology into the streets and become activists. Evangelicals with more complex, less black-and-white ideas about how to reconcile the Bible with secular modernity--such as some Wesleyans and Anabaptists--lost out. But the fight is far from over. Evangelicals who reject the agenda of the Christian Right may be making a comeback, especially among millennials who are sick of their parents' politics.

Related Posts
By Bob Smietana, Alejandra Molina
Death of megachurch pastor Darrin Patrick officially ruled a suicide
By Kathryn Post
Liturgy-hungry young Christians trade altar calls for Communion rails
By Nick Hall
After St. John’s, thinking differently about a president, a Bible and race
By Bob Smietana
Efrem Smith on the death of George Floyd and what divides white and black Christians
By Alejandra Molina
Four young people of different faiths move into a home together, then a pandemic happens