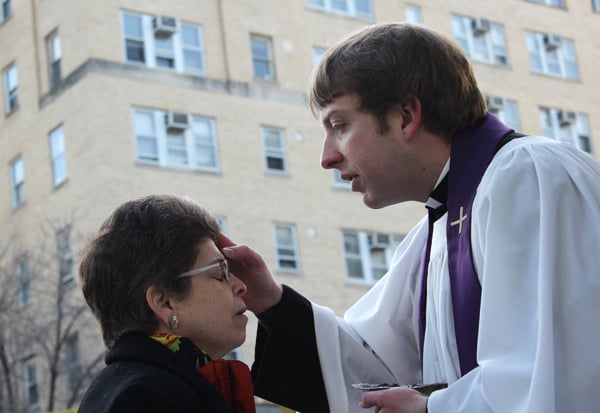 Take the imposition of ashes out to the sidewalks where people actually are, rather than staying primly inside on Ash Wednesday and hoping someone might venture in.

Thousands of clergy and lay liturgists did "to-go" this year. From all evidence, it was a great hit.

Not everyone appreciated the innovation, of course. But then not every Christian appreciates a liberation-minded pope, or songs on projection screens, or preachers in jeans, or services at any time other than Sunday morning, or ditching denominational hymnals, or coffeehouses doubling as worship venues.

So it goes. Traditionalists have had five decades to promote Christianity by keeping the 1950s alive. Now it's time to let innovation happen.

What would that look like? Would innovation mean wild, disrespectful folks doing weird stuff and calling it "church"?

Maybe, in some places. After all, one person's "weird" is another person's "normal."

But in fact, I think innovation would look familiar at one level and behave differently at another. It might resemble what I experienced Saturday at a leadership retreat for Park Avenue Christian Church, in Manhattan.

Three dozen leaders attended. Only a few were longtime members. The majority were new to this congregation and new to church leadership.

As they dreamed and fretted, imagined the new and worried about financial distress, spoke their desires and intuited needs "out there," they did something remarkable: They "invented church."

With no preconceptions, they imagined what could be: church suppers to build community, nametags to facilitate friendship, classes to help people discern their faith journeys, leadership training, enlivening Sunday worship, feeding the homeless, helping people find jobs, raising up volunteers to do the work of church, keeping staff lean, challenging people to give more of themselves.

In other words, nothing "weird." Their imagined responses to need weren't all that dissimilar from what churches were doing 60 years ago.

And yet there were huge differences. Not in forms or style, but in the people being served and in the spirit of that servanthood.

They wouldn't be an "avenue church," despite their location on mega-wealthy Park Avenue. No emphasis on the wealthy and prominent, no endowment, no special regard for tradition, no grand liturgies, no large staff. Instead, they imagined a "regular church," where people pitch in and everyone matters.

To enliven Sunday worship, they would add a service entirely in Spanish, reflecting Manhattan's new complexion.

In nurturing community through familiar forms like suppers and groups, they assumed gay-affirming, diversity-affirming, multiple lifestyles and languages, people in recovery from addiction, all socioeconomic strata.

They imagined growth -- and not just a little growth, enough to pay the bills, but vast growth, from 100 plus on Sunday to 1,000, because that many lives need to be touched.

They said yes to fundraisers like bake sales, but entirely to support mission, both local and abroad. 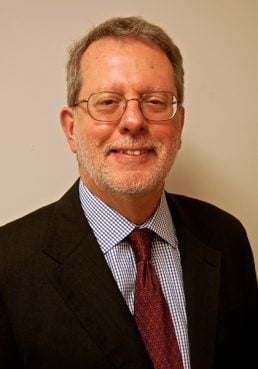 If they can bring this church into being, it won't look all that different from yesterday. But it will serve a much broader population and with less emphasis on like-minded people having good times together.

That openness, diversity and magnanimity will be horrifying to those for whom old-time religion was about class and control. But I think it will yield a vibrant, mission-minded, never-dull, always-broke faith community that I will be proud to call home.

September 3, 2020
Related Posts
By Alejandra Molina
In Oregon, churches and anti-fascists unite to provide mutual aid to fire evacuees and others in need
By Farah Siddiqui
Building interfaith community at work
By Kathryn Post
Protester, Oluwatoyin Salau, found dead after tweeting assaulter was 'disguised as a man of God'
By Adelle M. Banks
Southern Baptist President J.D. Greear says ‘black lives matter’
By Alejandra Molina
Four young people of different faiths move into a home together, then a pandemic happens