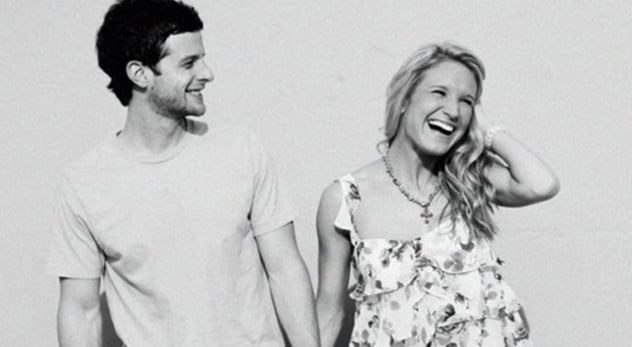 America is experiencing a Calvinist revival. Or so said Mark Oppenheimer of The New York Times recently.

Amidst the boom of this theological framework, Austin Fischer explains why he joined and then exited the movement. His new book, Young, Restless, and No Longer Reformed: Black Holes, Love, and a Journey In and Out of Calvinism, . catalogues why he waved goodbye to a theological framework that attracts so many. The book has been causing quite a stir, so I decided to sit down with Fischer and discuss his story and why he’s chosen to speak out in this way.

RNS: You are a former Calvinist, a vibrant movement in the American church. What drew you to the movement and what pushed you away from it?

AF: Like many young evangelicals, I grew up with thin, therapeutic faith. When convenient, I would make claims on my faith but never let my faith make claims on me. As my faith came of age, I realized it wanted more from me and I wanted more from it. Calvinism provided more, placing God at the center of my world, challenging me to take the Bible seriously, purging me of all sorts of petty selfishness and narcissism. Additionally, I loved how it had a place for everything: clean lines and painstakingly developed doctrines.

I began my journey out of Calvinism when I realized that if I were to be a consistent, honest Calvinist I would have to believe some terrible things about God. I realized I, personally, could not have Calvinism and a recognizably good God whose heart was fully revealed at the crucifixion of Jesus Christ. I could not have Calvinism and a God who would rather die than give humans what they deserve. For me, the crucifixion of Jesus Christ was something too generous for Calvinism to make sense of.

RNS: One of the things you wrestle with in this book is the issue of hell. This is an explosive and divisive topic in the church. Tell us about this journey for you.

AF: As a Calvinist, I realized I had to believe the following about hell. Before the world existed, God decided to create a world in which the majority of humans were ordained to suffer eternal punishment in hell because, ultimately, God wanted them to so he could glorify himself in their damnation. Their damnation was God’s intention. This gets explained via a complex causal web, but that’s the inescapable conclusion at the bottom of Calvinism.

All doctrines of hell are difficult, but the Calvinist doctrine presented me with a God so (seemingly) cold and morally ambiguous that I despaired of how I could know and relate to such a God. If the God who could die for sinners could also create sinners in order to damn them, then the universe was an incoherent place ruled by an enigmatic deity of arbitrary, raw power. It is certainly within God’s rights to do such a thing, but if it’s within God’s heart then we’re all in big trouble. That was my conclusion at least.

RNS: You argue that no one starts out a Calvinist. What do you mean?

AF: We experience ourselves as having libertarian freedom (the ability to do A or B). Whether or not we actually do is, of course, impossible to prove and beside the point. The point is—most humans experience themselves as having free will long before they learn about Calvinism and so free will and not Calvinism is the given most people start from.

But as I outline in the book, belief in free will–again, libertarian free will–is not a good reason to reject Calvinism. It can’t hold much theological weight by itself. My statement about no one starting out a Calvinist is not meant to be an argument but an observation.

RNS: The young, restless and reformed movement is a growing movement, but in some ways, it is also a divisive one. What is it about the movement that creates so many fans and foes?

AF: I think many young evangelicals carry around the shrapnel of postmodernism. They feel crushed and battered by skepticism, cynicism, and nihilism, and are looking for a remedy. I think the new young, restless, Reformed movement offers a strong remedy to postmodern refugees because once you sign off on the dotted line, you’re like a wandering vagabond who steps inside this clean, ordered house and for the first time in a long time, you feel a sense of structure and clarity. From a sociological perspective, I think the spike in Calvinist theology is rooted in its ability to provide a sturdy “postmodernism-fallout shelter,” replacing the barrage of grey with some strong accents of black and white.

Its propensity to create foes is, I think, the flipside of this—a tendency to think and deal in crushing absolutes that can come off pretentious, naïve, and un-human. That is not meant to characterize everyone and I, personally, know of many exceptions. But I think the most thoughtful leaders of the YRR movement recognize it can easily bend towards an insular rigidity.

RNS: I wrote recently that theology and autobiography belong together, and you argue something similar in your book. Talk about this idea.

AF: Much theology is infected by the myths of objectivity and certainty: the theologian opens the Bible, picks up the correct pieces, puts them in the correct place, and everything seamlessly fits together. No interpretive decisions need be made, no puzzle pieces are missing. Theology is, basically, divine math that yields no remainders when done properly.

Of course the one element conspicuously absent in this sort of theologizing is, well, the humanity of the human doing the theology. When I wrote my book, I made a conscious effort to show the seams in my thought. I wanted to be plain about the comedy of theology: I am human trying to make sense of God. I think there is big, objective truth out there, but I can only make sense of it subjectively, as a human trying to live faithfully in the cosmos of my Creator.

The idea that theology and biography belong together means let your seams show when you do theology. This doesn’t make you “less” objective—it makes you honest. It means you realize you’re a human. I think many of us are tired of listening to theology from people who attempt to hide their humanity.