Today’s guest column is written by Sarah Jones, Communications Associate for Americans United for Separation of Church and State. The views expressed in this piece do not necessarily reflect those of her employer. 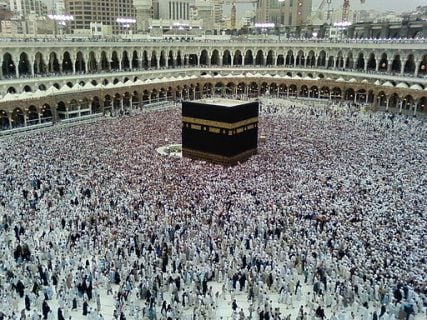 News that Saudi Arabia has classified atheism as a form of terrorism has predictably unleashed controversy in the West, particularly among Western atheists.

Their outrage isn’t necessarily misplaced—this decree is clearly antithetical to free expression. It’s unquestionably absurd to link atheism to terrorism, and the kingdom doesn’t have the finest record on civil liberties.

But while the global condemnation is justified, some responses to the decree threaten to do more harm than good.

In the wake of the news, I watched as a number of Western atheists rushed to the Internet to announce that they’d be considered illegal or a terrorist in Saudi Arabia.

That’s a bold statement. It’s just not a particularly accurate one.

The reality is that no Western atheist is illegal in Saudi Arabia. The regime hasn’t banned non-Saudis from being atheists while in the country. It hasn’t even banned atheists from entering the country. That’s because non-Saudis aren’t the target of the decree.

In other words: This song is not about you.

Well-intentioned or not, these proclamations from Western atheists threaten to obscure the real victims of Saudi Arabia’s latest decree: Saudis. And Saudi atheists aren’t the government’s only targets.

It’s important to take a look at the rest of the decree’s provisions. As reported by Human Rights Watch, the same article that slams atheism as terrorism also bans the act of “…calling into question the fundamentals of the Islamic religion on which this country is based.”

As Brian Whitaker pointed out in Al-Bab, Saudi Arabia is legally a Wahhabi state. That’s a particularly strict interpretation of Sunni Islam which means that, as a direct result of this decree, members of other minority Islamic sects—like Ahmadis, Shiites, Sufis, or even Sunnis who disagree with Wahhabism—are at increased risk of persecution. That’s also true for Saudi Christians, Hindus, and all other religious minorities.

We’ve already seen evidence of this. Earlier last month, the kingdom also classified the Muslim Brotherhood a terrorist organization. Regardless of what you think of the Brotherhood’s politics, it’s a stretch to call them terrorists. But that move was largely met with silence from the West, even though it too restricts freedom of expression.

Samira Shackle, writing for the New Humanist, noted that the crackdowns are part of a more expansive campaign to smother dissent in the country. That’s visible from the decree’s other provisions—which have nothing to do with atheism.

Article 8, for example, prohibits “seeking to shake the social fabric or national cohesion, or calling, participating, promoting, or inciting sit-ins, protests, meetings, or group statements in any form, or anyone who harms the unity or stability of the kingdom by any means.”

It’s purely pragmatic: The kingdom’s rulers have watched revolutionary movements topple dictator after dictator in the region, and King Abdullah isn’t willing to become the next Muammar Gaddafi.

This is important political context, and it’s largely missing from Western reactions to the decree about atheism.

By declaring themselves “illegal in Saudi Arabia,” Western atheists co-opt an opportunity to direct attention to ongoing human rights abuses in Saudi Arabia.

It’s not much of an act of solidarity to deprive Saudi human rights activists—who may or may not be atheists—of much-needed global attention.

Instead, this decree should be viewed as a chance to remind the world that Raif Badawi could still be put to death for apostasy, or to put public pressure on the Obama administration to finally address the subject of human rights with our Saudi allies—something President Obama refused to do as recently as last week.

Western atheists have greater freedoms, and better access to public platforms, than their Saudi counterparts. With those privileges come certain ethical responsibilities. That includes the responsibility to amplify the voices and experiences of those the House of Saud would like to silence—whether they’re atheists or not. 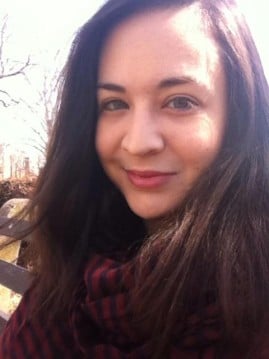 Sarah Jones is the Communications Associate for Americans United for Separation of Church and State. Prior to joining AU, she volunteered for Femin Ijtihad, where she researched Islamic law and women’s rights. She holds a Master of Arts in Postcolonial Culture and Global Policy from Goldsmiths, University of London, and tweets at @onesarahjones. The views expressed in this piece do not necessarily reflect those of her employer.