NEW YORK (RNS) It is a poignant coincidence that Popes John XXIII and John Paul II will be canonized as Catholic saints on the eve of Yom Hashoah, the international day of Holocaust remembrance observed in Israel and by Jews around the world.

These two popes’ personal narratives are inseparable from the Holocaust, and their reactions to the systematic genocide of the Jews played a critical role in the revolution in Catholic-Jewish relations during the last half century. 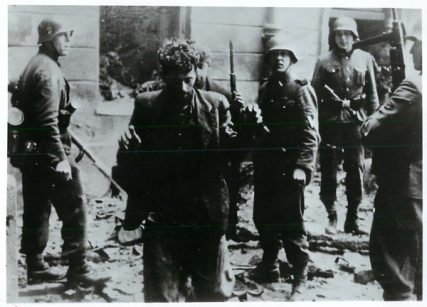 The annihilation of 6 million Jews — one-third of world Jewry — and Eastern Europe’s towering Jewish civilization was an unparalleled tragedy enabled by nearly 2,000 years of Christian demonization of Jews and Judaism. Too often, too many stood by as Jews were slaughtered like animals during World War II.

Like many Jews of my generation, it is both a national and personal horror. My father’s aunt and first cousins were murdered by the Nazis in the forest outside Bialystok, their hometown in Poland. But if telling the Holocaust story ends there, it has not been fully told.

We also have a responsibility to tell the story of the many who risked their lives to save Jews. Yad Vashem, Israel’s Holocaust memorial and museum, has identified more than 25,000 non-Jews who are called “Righteous Among the Nations.” Additionally, we should recognize the collective self-reflection of the churches in admitting Christian complicity and demonstrating a commitment to creating a world where the lessons of the Holocaust have been learned.

During the Holocaust, as a Vatican diplomat in Turkey, Greece and France, Angelo Giuseppe Roncalli saved numerous Jews. Issuing false baptismal certificates to Jewish children was one of his methods. Later, as Pope John XXIII, he convened the Second Vatican Council (1962-1965) to “throw open the windows of the Church and let the fresh air of the Spirit blow through.” He instructed Cardinal Augustine Bea to shepherd a new Catholic approach to Jews and Judaism.

John XXIII is the father of, but did not live to see, the transformational document “Nostra Aetate” (“In Our Time”), which rejected the charge that Jews were to blame for the death of Jesus. It also denounced any form of anti-Semitism, and validated God’s eternal covenant with the Jewish people. It was John XXIII who first edited the problematic Good Friday prayer for the Jews, striking an ignominious description of the Jews as “perfidious.”

He famously welcomed a visiting Jewish group with the biblical exclamation, “I am your brother, Joseph,” referencing his birth name, Giuseppe.

Pope John Paul II, born Karol Jozef Wojtyła, was an eyewitness to the horrors of the Holocaust as the Jewish friends of his Polish childhood perished. As pope from 1978 to 2005, he breathed life into the words of “Nostra Aetate” by issuing guidelines for its proper implementation in Catholic-Jewish relations.

He was the first pope to make an official visit to a synagogue, made pilgrimages to Holocaust sites, established Vatican diplomatic relations with Israel, and made the first papal state visit to Israel. In a crevice in the Western Wall, he placed a note with the following words: “God of our fathers, You chose Abraham and his descendants to bring your Name to the nations: we are deeply saddened by the behavior of those who in the course of history have caused these children of yours to suffer, and asking your forgiveness we wish to commit ourselves to genuine brotherhood with the people of the Covenant.”

These two popes were integral to the post-Holocaust transformation of Catholic and wider Christian attitudes toward Jews and Judaism. It’s easy to take this change for granted, but this development moved the church from a force that endangered Jewish survival to one committed to the future of Jews and Judaism.

We must never forget the centuries of Christian enmity that preceded the Holocaust, but we must also be ready to praise those who modeled a new narrative for the billions of souls in their care. Yom Hashoah will always be about the 6 million and my relatives, born and unborn, from Bialystok. But this Yom Hashoah, I also will be thinking about two righteous among the nations who deserve Jewish “hakarat hatov,” recognition of good that has been done, as Catholics celebrate their two newest saints.

“Yehi zikhram barukh,” the Jews would say. May their memory serve as a blessing.

(Rabbi Noam E. Marans is director of interreligious and intergroup relations for the American Jewish Committee.)