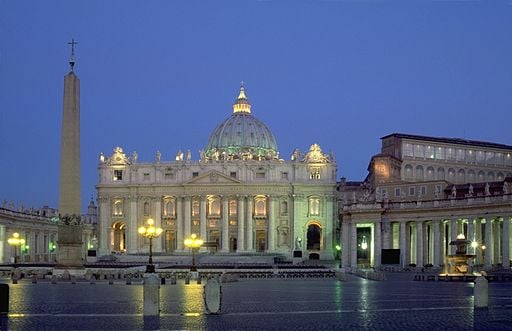 VATICAN CITY (RNS) The Vatican could face a wave of new sexual abuse claims dating back decades if a United Nations inquiry finds that the Roman Catholic Church has violated an international treaty against torture and inhuman treatment.

The Center for Constitutional Rights, on behalf of the Survivors Network of those Abused by Priests, said Monday (May 5) that victims may look at fresh litigation since torture was not bound by the statute of limitations in many of the 155 countries that have endorsed or ratified the U.N. Convention against Torture, including the United States.

“For too long, sexual violence and acts of rape by the Catholic Church have been minimized,” said Katherine Gallagher, senior staff attorney at the New York-based CCR, after the U.N. panel that enforces the torture convention held hearings in Geneva.

Earlier, Archbishop Silvano Tomasi, the Vatican's ambassador to U.N. agencies in Geneva, sought to limit the Holy See’s legal responsibility for the clerical sex abuse scandal, just three months after the Vatican was severely criticized by another U.N. panel for failing to protect children at risk.

The Vatican ratified the U.N. Convention against Torture in 2002.

"The Holy See intends to focus exclusively on the Vatican City State," he said, implying that the church's responsibility did not extend to dioceses and churches around the world.

"State authorities are obligated to protect and, when necessary, to prosecute persons under their jurisdiction.”

Panel member Felice Gaer, a human rights expert from the American Jewish Committee, raised concerns about the Vatican’s bid to limit its jurisdiction. She also asked Tomasi if the church was reviewing an Austrian law dating back to Adolf Hitler that she said gave priests immunity from prosecution unless they were first defrocked.

During Monday’s hearing, committee members expressed concern that allegations of rape and sex abuse continued to come from alleged victims, and one even blamed the Vatican for the incidence of thousands of “unsafe” abortions stemming from the rape of minors.

Ashley McGuire from the conservative group Catholic Voices USA dismissed the inference as inappropriate and outside the inquiry’s brief. “The U.N. committee against torture seems to be setting the stage that if you are pro-life you are pro-torture,” she said in a statement.

On Saturday, O’Malley and seven other members of the commission met for the first time in Rome, and O'Malley conceded that many in the church did not see sexual abuse as a problem.

In their submission to the U.N., the CCR and SNAP accused the Vatican of “refusing to honor its obligations” to prevent torture and cruel, inhuman and degrading treatment or introduce adequate reforms to prevent sexual violence.

“The church has operated with secrecy rather than transparency, and demanded silence from victims as part of any settlement,” the submission said.

In February, a U.N. committee on the rights of the child denounced the Vatican for adopting policies that allowed priests to sexually abuse thousands of children, and called for known and suspected abusers to be immediately removed.

Pope Francis strongly rejected the report’s findings and insisted the church had acted with “transparency and responsibility.” Francis recently said he took personal responsibility for the "evil" of clerical sex abuse, sought forgiveness from victims and said the church must do more to protect children.