VATICAN CITY (RNS) Despite fevered speculation in the media and across Latin America, the Vatican says Pope Francis has not advanced slain Salvadoran Archbishop Oscar Romero toward sainthood — at least, not yet. 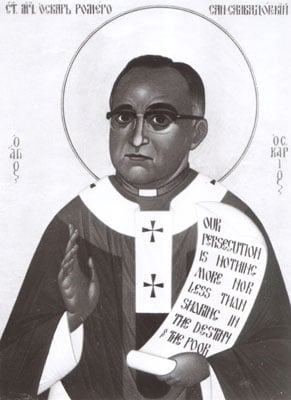 An icon shows the late Archbishop Oscar Romero of El Salvador, who was assassinated in 1980. Religion News Service file photo

Romero, the archbishop of San Salvador, was shot dead on March 24, 1980, while celebrating Mass only a day after he delivered a homily calling on Salvadoran soldiers to stop enforcing government repression and human rights violations.

Pope John Paul II gave him the title “servant of God” in 1997 and the case for his canonization began. But the case stalled under the papacy of Benedict XVI over concerns that Romero was too close to the liberation theology that John Paul and Benedict spent years trying to repress.

Francis revived the cause soon after he was elected last year, and recent reports in several languages have suggested that church officials were poised to beatify Romero, putting him one step short of sainthood.

One report said that the Salvadoran church was expected to make a major announcement on Sunday (May 18) about the progress of Romero’s cause; Auxiliary Bishop Gregorio Rosa Chavez of San Salvador has predicted “very good news.”

But the Vatican’s chief spokesman, the Rev. Federico Lombardi, said Thursday he had seen nothing to indicate that Francis had advanced Romero’s file.

“I don’t have anything to declare, but it’s not up to me,” Lombardi said in an interview.

“Normally for beatification there has to be evidence of a miracle. He could be considered a martyr (and beatified without a miracle) but that would require a decree from Pope Francis on his martyrdom. I have not seen that yet. I hope this cause will proceed.”

For an individual to be elevated to sainthood, the Catholic Church normally requires the recognition of one miracle for beatification, when he or she is considered “blessed.” A second miracle is typically required for canonization.

In the case of martyrs, the pope may make a decree bypassing the first miracle, in which the church recognizes an act of heroic charity where an individual gave his or her life for the faith.

Speculation increased after a delegation of four bishops, led by Archbishop Jose Luis Escobar Alas of San Salvador, met with the pope to give him a letter sent on behalf of all Salvadoran bishops in support of Romero’s canonization. 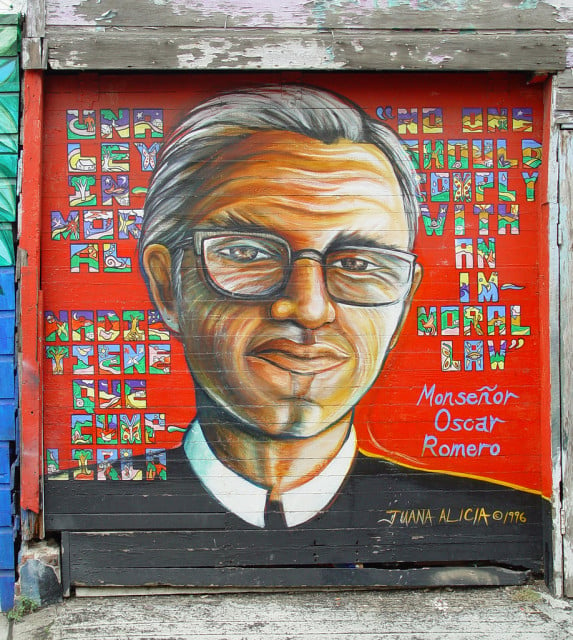 The Vatican confirmed that Francis received the Salvadoran bishops but did not issue any other details. Cardinal Angelo Amato, head of the Congregation for the Causes of  Saints, was not available for comment on Thursday.

In April 2013, Archbishop Vincenzo Paglia, president of the Pontifical Council for the Family and the official promoter of Romero’s cause, said the process to beatify and eventually canonize the slain Salvadoran archbishop had been unblocked.

Paglia made the announcement in a homily, just a few hours after meeting with Pope Francis. The archbishop gave no more details and told the media that there would be no more comment until there was something “concrete” to report.