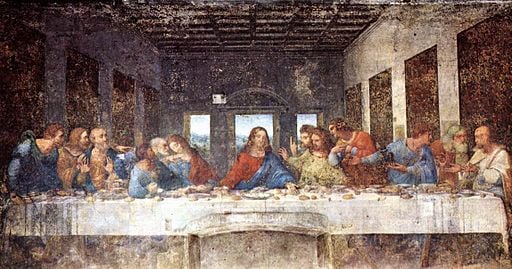 JERUSALEM (RNS) Ahead of Pope Francis’ visit, Jewish religious and nationalist groups plan to demonstrate Thursday (May 22) to demand that the Israeli government not cede sovereignty or control of the Cenacle, traditionally considered the site of Jesus' Last Supper.

A panoramic view of the Cenacle in Jerusalem.

The demonstrators fear that the government intends to transfer authority of the site to the Vatican during Francis’ three-day Holy Land pilgrimage, which begins on Saturday (May 24).

Located on Mount Zion in Jerusalem, the Cenacle, from the Latin “cena,” which means dinner, sits directly above David’s Tomb, the place many Jews believe the biblical King David is buried. Ultra-Orthodox Jews pray in the lower chamber on a daily basis.

The pope is scheduled to celebrate a Mass in the Cenacle.

The Israeli prime minister’s office said the government “has no intention to grant the Vatican ownership or sovereignty over the Tomb of David or the Cenacle. These are baseless allegations.”

Israeli police say rumors related to a possible transfer of authority likely triggered vandalism against Christian institutions in recent weeks. The vandals, who are believed to be Jewish extremists, scrawled graffiti declaring “King David is for the Jews, Jesus is garbage” on a wall opposite a Jerusalem church.

The same week, a Roman Catholic official discovered the words “Death to Arabs, Christians and all those who hate Israel” spray-painted in Hebrew on a column in front of Jerusalem’s Notre Dame Center. The center is the property of the Vatican.

The police say they will tighten security at Christian holy sites to prevent additional attacks during the pope’s visit.

An article in the Israeli newspaper Yisrael Hayom said that from the extremists’ perspective “what transpires in the room above them is nothing less than sacrilege, is harshly forbidden by Jewish law and constitutes Christian idolatry on the roof of King David's burial place.”

Monsignor William Shomali, auxiliary bishop of the Latin Patriarchate of Jerusalem, said the Vatican is not seeking ownership of the Cenacle.

“All the Vatican wishes is to hold two hours of [Christian] prayer every day in the early morning before visitors start to visit it.”

Shomali said Christians have prayed at the Cenacle for 10 centuries, “because it is said to be the place where Jesus had the Last Supper and where he washed the feet of his 12 disciples. For Christians it is a major holy place.”

In the spirit of “interreligious dialogue,” he said, “it would be nice to have one holy place where many events are commemorated, and where people of different religions can come to pray.”

Jerusalem, he emphasized, “is holy to three religions.”