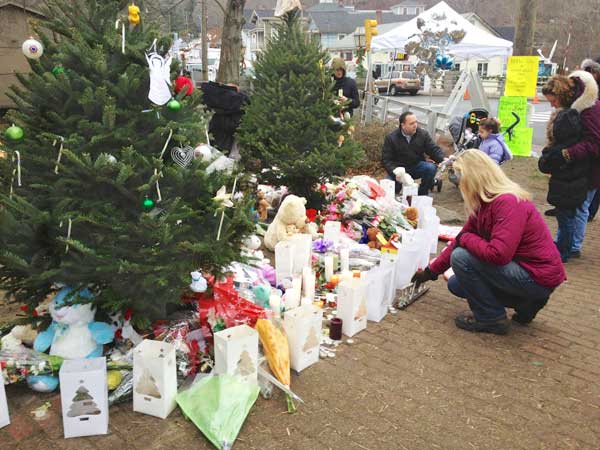 SAN FRANCISCO (RNS) “Not one more” was the catchphrase of the community in Isla Vista, the California town near Santa Barbara where Elliot Rodger shot and killed six people last month. Christopher Michaels-Martinez, 20, was among the victims and it was his father, Richard Martinez, who has passionately enjoined citizens and politicians to enact gun reform.

But it seems inevitable that, when we talk about gun reform, it will always be too little, too late. 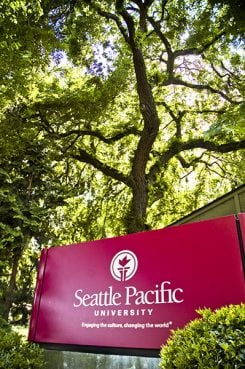 On Thursday (June 5), a gunman opened fire at Seattle Pacific University, a Christian liberal arts college, killing one person and injuring three others. A student named Jon Meis was working as a building monitor nearby and, as the shooter stopped to reload his gun, doused him with pepper spray. Other students and faculty members tackled the shooter and pinned him down until police arrived.

The shooter, identified by police as 26-year-old Aaron Yberra, was armed with a shotgun, a knife, and extra ammunition. He is now in custody.

I’m a student at Seattle Pacific, although I have never set foot on campus. As a candidate for my Master of Fine Arts degree in creative writing, I attend two residencies per year -- one in Santa Fe, N.M., and one on Whidbey Island, north of Seattle. I will graduate in August without ever having stepped on campus, which is both strange and normal for a low-residency program. That is part of why I chose SPU in the first place. I could pursue an academically rigorous degree in a faith-based setting without having to move.

Because I’m not on campus, I can't definitively say what this event has done to the school’s psyche. I can share with you the fear and devastation and hope I’ve seen on social media, or tell you about the frantic text messages I sent yesterday to an on-campus friend. I can tell you that the reasons people chose a school like Seattle Pacific -- its tightknit community, its commitment to the Christian faith, its legacy of service -- have been on display for onlookers to see.

As I sit safely at home, surrounded by essays to revise for my thesis, I find that all I want is to be with my peers in Seattle. The urge toward solidarity in times of mourning is a strong pull, and I want not only to pray but also to be physically present to those on campus. I can’t be, so I will watch from afar and keep checking in with friends.

Universities are supposed to be safe places. I saw one interview with a student who said she regularly walked home from SPU’s campus late at night, by herself, without ever second-guessing her safety. I doubt she’ll be able to do that again anytime soon.

It's not just a sense of safety that’s lost after something like this, though. This shooting affects the history of Seattle Pacific. Like when people say “Virginia Tech” or “Sandy Hook,” the school will now be synonymous with an on-campus shooting, at least for the next few years. That’s a heavy burden to bear. 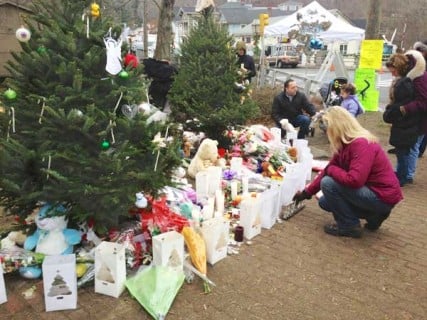 Memorial of candles, flowers, stuffed animals, and cards for the children and six adults who died at the Sandy Hook Elementary School in Newtown, Conn., on December 14, 2012. RNS photo by Arthur McClanahan, Iowa United Methodist Conference

It’s finals week at Seattle Pacific, and students will soon be going home for the summer. Most of them didn’t witness the shooting; some weren’t even on campus on Thursday afternoon. Some, like myself, live hundreds of miles away. But we all feel the sadness not only at the tragic loss of one student’s life, but at the now-confirmed knowledge that we are not immune from this kind of danger.

Seattle Pacific's provost, Jeff Van Duzer, sent an email last night to the whole Seattle Pacific community. He laid out some practical plans for the day to come, including the cancellation of classes and the regular schedule of the library and food services. After he had shared all the necessary logistics, he wrote this:

“As I reread this email, I am struck by how mechanical it sounds. Please forgive me. I’m not sure I know how to put into words tonight the odd mixture of sadness, grief, comfort, community, despair, and hope that I’m feeling. I trust that in the days ahead God will lead us as a community together as we heal and move on from here. In the meantime, I draw comfort from the conviction, if not the experience in the moment, that God is always with us.”

That is what we do after horrific events like Thursday's shooting. We express that we are at a loss for words, for what words can capture the preciousness of human life? We trust in a good God who we still do not understand, against whom we rail and to whom we pray. We wait. And we hope, often impossibly, that not one more will be lost.

(Laura Turner is a writer, editor, and student living in San Francisco. Find her on Twitter @lkoturner.)